Blind Spots and How to Work at Them

Douglas Stone, the Boston-based consultant and ‘difficult conversations’ expert talks about blind spots (the bad news: we all have them) and the best way to give and receive feedback 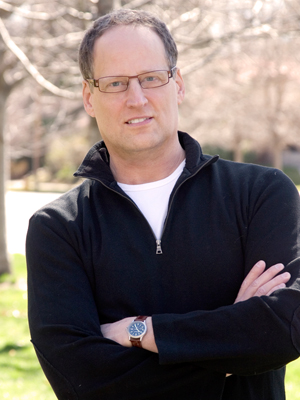 Douglas Stone is a Managing Partner at Triad Consulting Group, which specializes in Difficult Conversation Training, a Lecturer on Law at Harvard Law School, where he teaches Negotiation

Positive self-regard helps us feel good about who we are, but it can get in the way of learning and improving.  Why is that?
Stanford Psychologist Carol Dweck has done some interesting research on this.  She had middle school students take a test and then gave them feedback on the results.  Some were told that they were “smart,” while others were praised for how hard they worked.  The ones who were praised for their intelligence were less likely to want to take on a next set of challenges; the ones who were praised for their effort were excited to exert more effort.  So, Dweck says, “praise the process,” rather than intelligence or natural ability.

There are several things going on here.  First, students who are told they are smart can only lose in the next challenge: if they get it right, it’s because they’re smart; if they fail, the original smart label is exposed as wrong.  In an effort to avoid being exposed, many students will simply call it quits.  Second, the label ‘smart’ carries an underlying assumption about the nature of talent: that it’s fixed. You’re born with it -- you either have it or you don’t.  This creates a disincentive for trying hard -- since it won’t matter -- as well as a lifelong fear of finding out one is not smart. Dweck calls this the ‘fixed mindset’.  The contrasting mindset is called a ‘growth mindset’.  The assumption here is that, while we may be endowed with a certain degree of talent from the outset, we can improve through effort.  A score tells us how we are now, but says nothing about how we’ll do next time.

When we talk about positive self-regard, we have to be clear about what we mean. It’s good to see yourself as a striver, someone who likes challenges.  It can be dangerous to see yourself as having fixed characteristics -- even if they are positive -- because it dampens effort and creates fear of failure.

We’ve all heard of literal blind spots; but what is a ‘behavioural blind spot’?
These are things that we can’t see about ourselves, but which others do see.  When someone tries to give us feedback in a blind spot, we usually reject it as simply wrong -- not because we’re being irrationally defensive, but because, to us, it actually seems wrong.  It leaves us feeling confused, because we wonder what would cause others to give us feedback that is so off target?  Are they jealous, petty, naïve, or political?    As we sort through what would motivate the other person to give us such feedback, we move further and further from considering how the feedback might be useful to us.

What causes blind spots?
There are two key causes.  The first is that we can’t see ourselves. We spend a lot of time with ourselves, so in one sense, we know more about ourselves than anyone else could ever know; but there are things about ourselves that we literally can’t see, such as our facial expressions and our body language.  Even our tone of voice is hard to judge.  So the very data that is most obvious and present to others is what is missing for us.  We communicate a tremendous amount through expressions and tone, especially regarding our emotional state.  The merest squint can communicate, “I doubt that,” even as we’re saying, “that sounds right.”

For example, John Gottman, a psychologist at the University of Washington who studies relationships, found that eye-rolling correlates with a higher divorce rate.  Think about it: when you roll your eyes, you are aware that you’re frustrated or disgusted, but you are unaware that you are rolling your eyes.  You are unaware, then, that you are communicating your emotions to your spouse, but your spouse is quite aware.

A second kind of blind spot is our impact on others, which again, we cannot see, because these impacts occur inside the minds and hearts of the other person.  We have indirect evidence of it, but it’s easy to misinterpret.  “Surely, she knew I was joking,” we think;  or, “I can’t imagine what I said upset him; it wouldn’t have upset me.”  Sometimes we’re right, but often we’re wrong.

Would you say that most of the people reading this have a blind spot that negatively impacts their colleagues?  If so, what can they do about it?
We all have blind spots.  The open question is whether they are causing trouble in our lives.   If life is good and relationships are nourishing and productive, then blind spots are probably not a big factor.  But once tension creeps into your life, blind spots are a likely culprit.

The only way to figure it out is to ask.  Don’t ask general questions like, “how are things?” or “let me know if there’s a problem.”  You should actually use the words blind spots: “I wonder if there are behaviours that I have that are blind spots of mine that have impacts on you or others that I’m not aware of.  I’m working on my blind spots, so it would be really useful for me to have this conversation.”   Be open to the response, because you’re likely to think, “Wait, that’s not a blind spot!  What you said about me is not true.”   Exactly:  that’s why it’s a blind spot.

In other work, you have found that high performers can also be ‘bad apples’. Please explain.
Some behavioural issues go beyond blind spots.  Some people are just more difficult to deal with than others.  It’s usually not intentional, so these people aren’t really ‘bad apples’, but that’s certainly how it can feel to co-workers.   People suffer from a host of challenges that can ‘leak’ into the workplace.  We can have challenges in our personal lives that can affect work – whether it’s divorce or a death in the family or a child who is having trouble in school.  And some people struggle with serious emotional disorders -- depression, issues with impulse control and anger, bipolar disorder, narcissism.

Some of these employees may be extremely talented and in many ways effective -- the most incisive scientist, the top sales person.  But when it comes to working on a team or managing others, they can be disruptive.  Unfortunately, one difficult person can wreak outsized havoc on a team, even if the other members of the team tend to do fine with each other.

A recent study at the University of Rotterdam indicates that teams ‘infected’ by bad apples produce results that are 40 per cent worse than a control group. But the precise outcomes in studies like this matter less than the general truths they point to.  The fact is, if you have someone on a team who is unusually difficult, it can cause serious trouble.  People may feel less free to speak up, either with creative ideas or to point out problems.  People may avoid the difficult person, creating inefficiencies, poor communication flow, and potential bottlenecks.  Collaboration, which can be tricky in the best of cases, may be impeded or stop altogether.  Difficult people may fail to take responsibility for their mistakes or wrongly blame others.  Any of these scenarios will create a drag on productivity.

Addressing bad behaviour can be challenging; how do you recommend managers go about it?
Ideally, difficult behaviour should be dealt with directly.  Not in a ‘blamey’ way, but by describing the problematic behaviour and its impacts on others, and explaining the consequences for the difficult person if the behaviour doesn’t improve.  This should be a two-way conversation, where the initiator of the conversation is open to learning that the cause of the problem is different from what they originally imagined.  For instance, there may be larger dynamics at work, and sometimes the ‘fix’ entails finding different roles that play to the person’s strengths and minimize the impact of their weaknesses.

Sometimes there are circumstances where team leaders, colleagues, and subordinates can’t (or won’t) intervene directly, and in those situations we’re left with an assortment of less satisfying steps – work arounds, small victories, etc.  I find that we’re sometimes over-cautious when we approach these kinds of challenges.  We fear that raising tough issues with a tough person will be disruptive -- and of course, it can be.  But we have to weigh that possibility against the certain disruption of continuing on the path we’re already on.  There are risks either way, but we tend to exaggerate the potential risks of a direct conversation and pay too little attention to the risks and costs of not engaging.  That’s partly because while the potential costs of direct conversation are experienced immediately (beginning right when we have the conversation), while the potential costs of not engaging unfold over time.

What is the first step to making honest, insightful feedback a reality in an organization? Is 360-degree feedback the answer?
360-degree feedback certainly has the potential to offer us feedback in our blind spots; but what we make of that feedback is another question.   We have a range of ways to ‘defeat’ such feedback in our minds: it’s outdated, it’s unhelpful, it’s irrelevant, it comes from the wrong people with the wrong motives, and so on.  Crucially, some of these arguments could be right, which raises the question, “How do we know which is which?”   That’s why any feedback should be accompanied by systematic coaching on how to receive feedback.

In addition, it needs to be coupled with the opportunity for conversation.   To me, that’s the biggest drawback of 360 feedback:  it’s often anonymous, which can leave the receiver feeling either frustrated or paranoid.  Of course, if it’s not anonymous, people may not say much of anything.  There is no cost-free right solution to this dilemma; there are trade-offs and tensions that aren’t going to go away.  In the space we have here, I’d observe that the  best we can do is to work hard to be clear about our purposes in giving feedback, educate people about how to receive feedback skillfully, and maintain open lines of communication.

Douglas Stone is a Managing Partner at Triad Consulting Group, which specializes in Difficult Conversation Training, a Lecturer on Law at Harvard Law School, where he teaches Negotiation, and the co-author of Difficult Conversations: How to Discuss What Matters Most (2nd ed., Penguin: 2010).