Your socio-economic background may influence your career choice and could result in a life-long wage gap. To address this inequality, companies need to re-think how jobs are valued 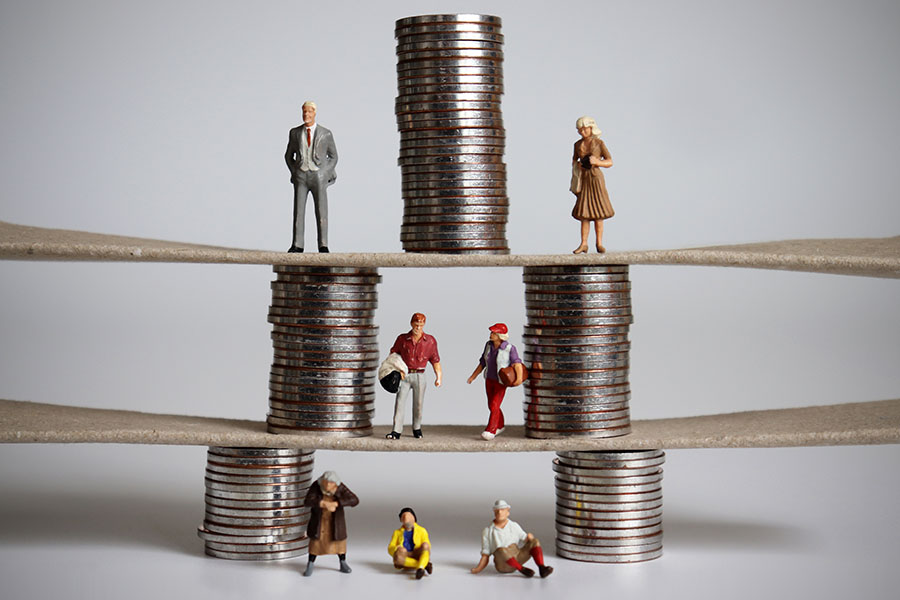 People with upper-class backgrounds earn more than people from lower-income backgrounds, even when they have similar levels of education and jobs of equal occupational prestige. Rotman professor András Tilcsik and Ray Tsai Fang, a professor at Boise State University (and a former Ph.D. student at Rotman) set out to learn why this pay gap persists.

They found that a predilection for certain job types contributes to the income wage disparity. Their research found that those from higher-income backgrounds tended towards jobs with a high degree of autonomy, such as lawyers and securities traders. In comparison, those with equivalent education levels but from lower socio-economic backgrounds tend to work in jobs that create a positive impact on other people, such guidance counsellors or registered nurses. The result of this occupational sorting is that people from lower incomes often take jobs that, in general, pay less than those pursued by their peers from high-income brackets.

“Our social class origins might have a lasting effect on our income levels by shaping the kinds of occupations in which we end up,” says Tilcsik

Published in the February 2022 issue of the Academy of Management Journal, the paper, “Prosocial Occupations, Work Autonomy, and the Origins of the Social Class Pay Gap” builds on existing research that has found strong connections between social class and prosocial behaviour (for example, studies that have found that those from lower incomes are more likely to make donations in a lab setting). Fang and Tilcsik wanted to see if these tendencies carried over to the labour market.

To test their theories, they used data from the U.S. General Social Survey, which is a representative sample of people’s income and occupation, along with their parents’ income and occupation, to determine their class. Another data set, the Occupational Information Network, assigned measurements of prosociality and work autonomy to occupations. Analyzing these data sets confirmed their predictions: individuals from lower-income backgrounds are more likely to hold prosocial professions, and those jobs tend to pay less than autonomous occupations. People in prosocial roles with low degrees of autonomy earn an average of U.S.$34,500 — U.S.$19,000 less than their peers in high autonomy/low prosociality roles, who earn approximately U.S.$53,500 on average.

Hiring managers and organizations should take note, says Tilcsik. Hiring candidates for “cultural fit” can exacerbate the existing class differences in occupations. “Some people are seen as more fit to work at a fancy law firm based on their social class background,” he says as an example.

Also read: Don't empower me. Pay me: How to fight for your worth and ask for more money

There is also a larger societal change that needs to happen around the value of certain occupations and skills, according to Tilcsik. “Why are some of these prosocial occupations so undervalued?” he asks. “One lever for action is to think much more explicitly about the compensable factors — the most valuable job characteristics that you care about as an organization.” Prosocial roles can be extremely beneficial to an organization, yet companies rarely go through the practice of setting wages based on what aspects of a job are valued, Tilcsik says. “We’re not saying don’t value autonomy. But companies may want to ask, ‘is autonomy appropriately valued relative to the contributions of prosocial occupations?’” He points to hospitals and education systems: nurses and teachers tend to be underpaid relative to hospital directors and educational administrators.

Fang and Tilcsik’s research also serves as a reminder that awareness of social classes can and should play a role in the diversity, equity and inclusion strategies of organizations, and companies that ignore the impact of social class on income wage gaps could be perpetuating the problem. “We talk a lot about race, gender, age and disability,” he says. “Sometimes social class falls to the side, but it’s very important.”

This article originally appeared on the Rotman Insights Hub.