India: From poverty to empowerment 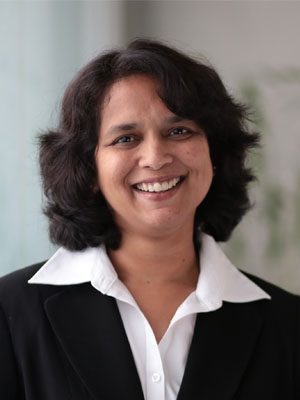 Between 2005 and 2012, the Indian economy grew by an astonishing 8.5 per cent per year.  However, it is currently facing a slowdown. Why is this happening?
It has actually been quite a severe slowdown, with growth falling to below five per cent both this year and last.  The key reason is that investment-related government expenditure has slowed down significantly, even as revenue expenditures (on account of some cities’ social spending and administrative expenses) have risen.  Compounding matters is the fact that a large number of very large capital expenditure projects in the infrastructure space—150 or more—have been blocked midway through completion, for a variety of reasons involving environmental and land clearances. In addition, private capital has slowed down its investment rate, and India has also had a pretty high rate of consumer inflation.  Some core sectors, like mining, have slowed down production, largely because of regulatory and legal issues.  All of these factors combined have led to the current situation.

Thanks to the economic reforms of the last couple of decades, India’s extreme poverty rate has decreased to just over 20 per cent. Yet almost half of basic services are still not reaching the average household.  Why is this?
This has actually been the focus of our research, and we are looking at it through two lenses.  The first question we’re asking is, What would it take to achieve an acceptable standard of living across a set of basic needs?  Once you define ‘a minimum acceptable standard of living’, you find that about 56 per cent of Indians lack the purchasing power to afford basic necessities out of their own pockets.

The other lens we are looking through is the actual availability of these services, district by district, across urban and rural areas.  Here, we find that on an average, 46 per cent of Indians are not accessing vital services like health care and education, and there are two reasons for this. The first is that certain areas are extremely poor in income terms, and people don’t have the capacity to afford basic needs like clean energy or decent quality housing.  And secondly, in some of the large cities, access to community infrastructure is lacking because of population density.  So this is a problem of a) very poor penetration of services in some rural parts of India as well as b) the inability of Indian cities to keep pace with population growth and invest enough in common services.

You and your colleagues have introduced a new measure of well-being that you call ‘the empowerment line’.  Tell us about it, and how it relates to the traditional poverty line.
First let me say that the poverty line has a legitimate role to play in the journey of any developing country as it moves out of poverty, and it’s been an important indicator of India’s progress.  The official poverty line that is used in India is very similar to the World Bank’s definition, which is ‘people who live on $1.25 per day’.  But we felt that going forward—since extreme poverty has dropped to just over 20 per cent—it is not sufficient to have this as the only goalpost or milestone.

We felt it was time to expand the horizon in terms of what we are aiming for, and we came up with the empowerment line, which is a measure of eight basic needs: food, housing, energy, drinking water, sanitation, healthcare, education and social security. We looked at what it would take to be able to fulfill these needs at a minimally-acceptable level. In terms of the total number of people involved, the empowerment line is about 1.5 times the size of the official poverty line, and a large component of that is based on health care and education—both of which are needs that kick in at a higher level of aspiration, beyond extreme poverty.

Tell us a bit about the three distinct segments of citizens who are living below that empowerment line.
Not everyone below the empowerment line has the same kinds of needs. We found that these people fall into three segments. The bottom 100,000,000 or so of Indians are what we call the excluded segment.  These are the poorest of the poor, and their consumption would have to go up by two-and-a-half to three times in order to reach the empowerment line.  The biggest needs that this segment faces are food/nutrition and healthcare.  There is an appalling gap in terms of hunger at this level, and there is virtually no healthcare available to these people.

The second segment is what we call the impoverished, and it consists of about 170,000,000 or 180,000,000 Indians.  This is the segment that is still under the official poverty line, but is not quite the poorest of the poor.  Then there is a very interesting segment above that, comprising about 400,000,000 Indians, which we call the vulnerable segment.  We focused on this segment in our research.  Because these people are not ‘officially’ poor, they are not the focus of official poverty-reduction strategies; but they are nevertheless vulnerable,  and they still struggle to achieve decent standards of education and health. Any shock to their income or livelihood—for example, a sudden healthcare emergency—would push them back down into extreme poverty.

Many of us would assume that Indians living in urban areas would be better off in many ways, but you found that nearly half of them—44 per cent—fall below the empowerment line.  What are the key issues in the cities?
One of the key issues is the quality of employment, which I believe has been a big failing in terms of the way India has created economic opportunities for its people.  An overwhelmingly large share of the employment created in India is in the informal manufacturing and services sectors. Such workers have virtually no benefits and virtually no kind of security.  Also, as much as 80 per cent or more of employment in these sectors is in tiny enterprises that typically have less than 50 employees—and in many cases, less than 10. I’m talking about very marginal enterprises like a little teashop run by a man along with two of his brothers or cousins; this three-person outfit makes tea or sandwiches to sell on the roadside.  This is typically the kind of job that a poor urban Indian aspires to—and it is a step up from what he or she may have been doing in agriculture, in the rural areas—but it’s still a very marginal job.

The data shows us that the propensity of urban Indians to get stuck in the vulnerable segment—above extreme poverty but still not at a sufficient level for economic empowerment—is actually as high as it would have been had they stayed in rural areas.  There is a huge gap in the ability of Indian cities to create quality jobs that fulfill peoples’ aspirations.

What kind of jobs need to be created?
So far, the biggest untapped potential has been in the manufacturing sector, and these jobs fall into two buckets.  One is  knowledge- and capital-intensive sectors, such as automotive,  chemicals and pharmaceuticals. These jobs could expand, and in turn, create many more indirect jobs, both in services and manufacturing.  But by far, the biggest job-creation opportunities lie in labour-intensive manufacturing—in areas like food processing, apparel and jewellery.  With its low labour costs, these are huge areas of potential for India.  It has the ability to take advantage of this on a global platform and really scale up these sectors and create quality jobs.

In your view, agricultural productivity is another area that requires swift attention.  What are the key issues in that arena?
One of the key issues in agriculture is the mix of public investment in agriculture and the way that has been moving.  India has systematically under-invested over the past couple of decades in infrastructure and R&D for agriculture.  On the infrastructure side, they need things like warehouses, cold storage and so on; on the R&D side, it’s about better research into efficient water and seed technologies and the extension services that go into educating farmers.  There is also a lot of inter-regional variation.  There are large parts of India where agricultural productivity has just not grown fast enough.  Coordinated action to build the infrastructure and get the required extension services out to farmers is actually proving to be very effective.

Your research outlines a very ambitious path of inclusive reforms for delivering better life to the average Indian over the next few years. What are its key tenets?
Apart from filling gaps in access to basic services, there are three key elements to the reform we recommend, and we’ve already talked about two of them: the creation of more non-farm jobs and greater agricultural productivity. These two alone can contribute three quarters of the potential for poverty reduction.  The creation of more productive non-farm jobs, singlehandedly, can create 50 per cent of the total impact; so these are obviously the largest two levers.

The third lever involves taking all of the basic social services that the government provides—whether it’s by way of food distribution or publically-funded health and education—and making this more efficient and effective, so that much more value actually reaches people as opposed to getting lost due to corruption or ineffective channels.  For this to happen, the government needs to be willing to embrace technology, work much more closely with the private sector and work on creating delivery channels that actually reach people.

Anu Madgavkar is a senior fellow at the McKinsey Global Institute, McKinsey’s business and economics research arm.  Previously, she was a partner of McKinsey based in Mumbai, where she co-led the firm’s Financial Institutions practice in India. The full report, “From Poverty to Empowerment: India’s Imperative for Jobs, Growth, and Effective Basic Services” can be downloaded online.