The power of the Founder's Mentality: Chris Zook of Bain & Co 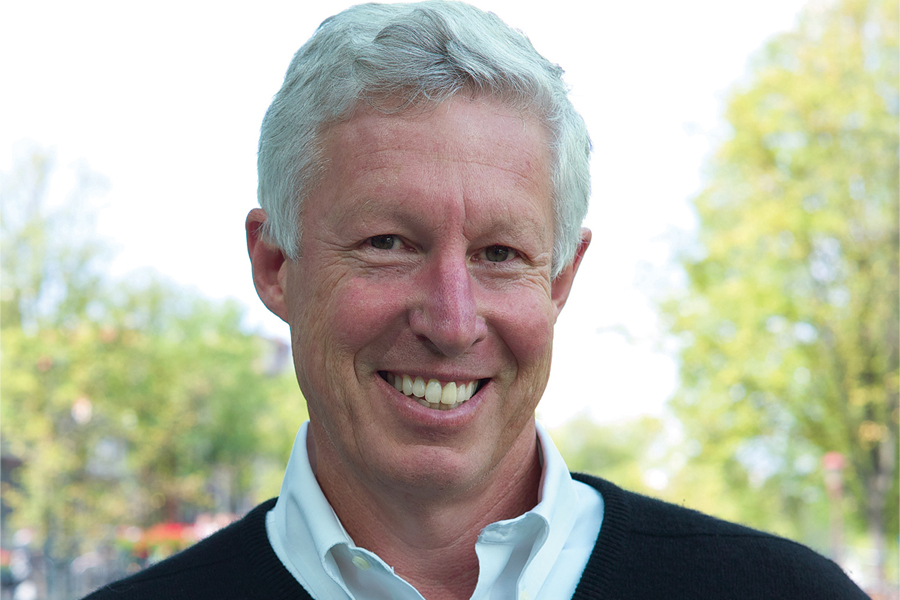 Q. While all companies strive for profitable growth, you believe it eludes them for a common reason. What is it?
In my 25 years of researching this topic and working closely with clients, one theme has come up again and again: complexity.  In my view, complexity is the silent killer of growth, and it operates at many levels.
Over time, you can accumulate too many businesses, projects or assets. LEGO got into a lot of trouble 15 years ago by doing just that, and it had to strip all the complexity out and return to its core. It has since enjoyed a great resurgence. Complexity can also come into the design of your products or services, via the number of options offered. There are great examples of start-ups going into the telecom world and doing the opposite—creating very simple offerings. For instance, in the Netherlands, tiny Ziggo went up against giant KPN and almost completely took over the market by having just three product offerings.

Organizational complexity is also common: Layers and layers of organization have been shown to hugely reduce levels of employee satisfaction and to draw management even further away from the frontline, leaving them out of touch. Complexity can even affect your stated mission as a company: If you over-complicate your business, people will no longer understand what you stand for. These are some common examples, and in my experience, they often go together.

We have found that about 85 percent of breakdowns in the marketplace—whether it be products that don't work, customers losing interest or companies becoming too high-cost relative to their competitors—relate to internal factors, and two thirds of those relate to complexity.

Q. You believe the remedy for pervasive complexity is to embrace the Founder's Mentality. Please explain.
There are three important elements to the Founder's Mentality: A clear ‘insurgent mission’ that gives people energy and purpose; a front-line obsession, because that is where most innovation comes from; and the ‘owner's mindset’, which relates to things like a bias for action and treating each dollar spent as your own. These three elements are observable, measurable, and in our view, are the best indicators of an organization’s internal health.

As humans, we are all very focused on our health.  When we go to the doctor for a physical, there are a clear set of things to look at: heart rate, body chemistry, weight. If you believe our finding that 85 percent of company breakdowns can be traced back to internal factors, you have to ask, ‘Is there a way to track and assess the internal health of an organization’?  I would argue that the Founder’s Mentality provides a way to do that.

Q. Is there a company that personifies the Founder's Mentality?
Some of the companies I would put in this category include Enterprise Rent-A-Car, IKEA, Apple, Nike and my own company, Bain & Company. In my view, the reason we've been called ‘The best place to work in America’ for several years in a row is that we have maintained a Founder's Mentality. Another one of my favourites is Amazon. To this day, Jeff Bezos is omnipresent in the company; it has a very clear insurgent mission (‘To be the earth’s most customer-centric company’); it experiments all the time on the front line and has amazing measures; and it exemplifies speed of action. On three recent major surveys of customer satisfaction, Amazon came in at number one, despite the fact that it has become a massive organization.

Q. Part of having a frontline obsession entails relentless experimentation. What does that look like?
Research shows that about 92 per cent of innovative ideas—big and small—come from employees serving customers directly and seeing their problems day-to-day, or from working with customers to co-create solutions. But, as more layers creep into a company and the focus moves further away from the front line, this source of innovation gets stifled.

There are a few things you can do to avoid that.  For one, you can have a unit of your company that focuses entirely on innovation.  For example, there is a Chinese grocery company called Youghui, started by two brothers from a small rural village who came up with a revolutionary way to bring fresh food to large Chinese stores.  They set things up so they have ‘red stores’ and ‘green stores’: The green stores are few in number, but that is where they try out new and innovative ideas and products; then, the things that work best are rolled out to the red stores.

Another thing you can do is to constantly identify new innovative ideas and pull together a cross-functional team of six to eight people that follows the principles of agile teams, with very short cycle times to test things out. That’s what Amazon does. It’s amazing how many things it has tried and then abandoned—which is a great sign of innovation. A few examples are the Wallet, the Fire Phone and something called Destinations in the realm of travel. Bezos refers to the atmosphere at Amazon as ‘still being like day one’, by which he means that it still feels like a start-up to him.

Q. Another strong piece of the Founder's Mentality is more quantitative: a strong cash focus. Tell us a bit about that.
In the early days of any founder-run company, the founder watches over the firm’s resources like a hawk, because they are incredibly scarce.  There is a strong tendency to not only be very careful with resources, but to be willing to redeploy them. In most companies, as they grow, they create departments that end up focusing on their own agenda of ‘functional excellence’. It is extremely difficult to get resources out of these departments, whether it be IT or marketing. Resources get trapped, and that's the opposite of what happens in a small, founder-led company.

We are now seeing some large companies, such as AB InBev, embracing annual budget exercises that try to replicate the dynamics of a founder company. In AB InBev’s case, they call it Zero-Based Budgeting, and they do it for all of their SG&A components every year.  The various leaders basically have to re-justify their spending, or they stand the chance of having their resources redeployed.  That can be a very healthy approach, because to grow in a healthy way, you have to constantly liberate pools of resources and deploy them to growth as opposed to allowing them to get trapped.

If you look closely at private equity deals, the most successful ones often entail businesses purchased from huge conglomerates.  These firms are experts at finding trapped resources in these companies, and that's the essence of their high success rates.

Q. How prevalent is this mindset?
At the moment, only about five per cent of companies are both large and have maintained a Founder's Mentality. An established enterprise that is bureaucratized can’t instantly go back to its youthful days, any more than someone in their 60s can suddenly have the youthful exuberance of a six-year-old.  But there are plenty of things leaders can do to use the Founder's Mentality as a playbook for renewal.

In the book, we talk about Starbucks, which lost its way for a while, until Howard Schultz came back and renewed the Founder's Mentality; Home Depot; Charles Schwab; LEGO, Apple and Unilever, which has taken steps to renew itself under Paul Polman. We studied these companies closely and found that there are four elements that can be seen as a ‘playbook for renewal’.
1.    Reduce complexity, in one of the ways I mentioned at the outset;
2.    Sharpen the company’s mission and purpose—sometimes going back to what made it great in the first place (as LEGO did);
3.    Rejuvenate the energy on the front lines by giving those people more power and making them the ‘heroes’ of your business.  As part if this, you should also get your senior managers to go and spend more time with customers.  We have found that some leaders spend five to 10 percent of their time in the field; but there are others who spend up to 50 percent of their time or more in the field, and we think the latter is the better model to keep energy at the front line and maintain your instincts; and
4.    Focus on everything you can do to increase speed.  Cisco is a company that has gone through wave after wave of internal initiatives to make sure that as it grows, it continues to be very fast off the mark.  This has allowed it to do 180 acquisitions very quickly, with an incredibly high success rate.  And that's only possible because they've maintained the Founder's Mentality.

Q. Are organizations that embrace this mindset more successful than their peers?
When we studied the companies with the longest runs of sustained success, we found something amazing. We separated Fortune 500 companies into two groups: Those where the founder remained actively involved after stepping down as CEO—such as Phil Knight at Nike and Mark Zuckerberg at Facebook; and those where the founder was long gone. The former—those with a Founder’s Mentality—performed 3.1 times better in terms of shareholder returns. In addition, over the last 10 years, those five to six per cent of companies that gained scale while maintaining a Founder's Mentality made up 60 to 70 percent of all the value creation in the stock market.

Chris Zook is a partner in Bain & Company's Boston office, where he was co-head of the firm’s Global Strategy practice for 20 years. His fifth book is The Founder's Mentality: How to Overcome the Predictable Crises of Growth (Harvard Business Review Press, 2016).

Tweets by @forbes_india
For relocating workers, London works like a charm
Future of work: These are the top destinations for robotics in India