Today Postman's platform for building and testing APIs is used by more than 20 million developers around the world, including those working for companies from Axis Bank, Goibibo, to Meta Platform's WhatsApp and Facebook 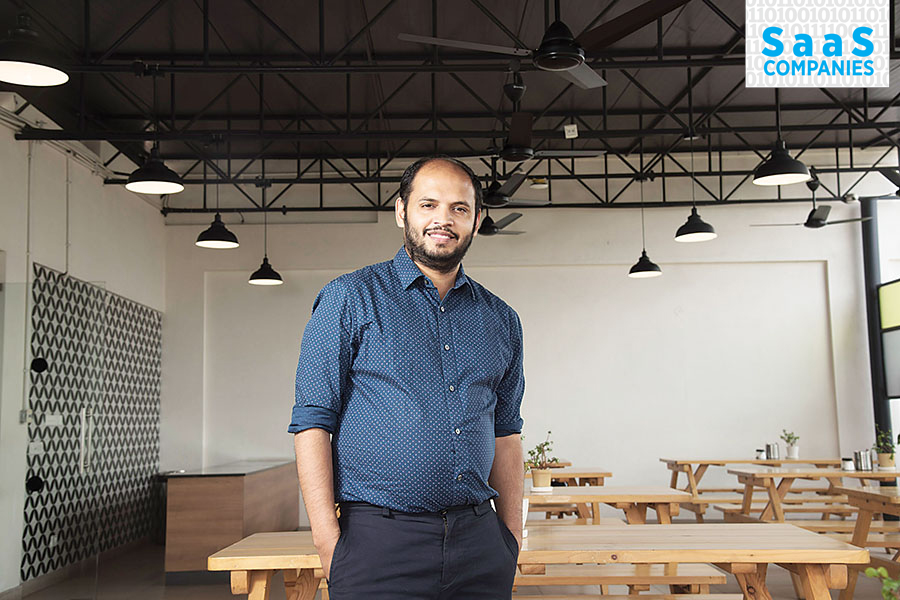 The story of how a side project building a chrome extension became Abhinav Asthana’s full-time business, Postman, is well-known among Indian SaaS enthusiasts. It is also a story of perseverance.

Today Postman’s platform for building and testing application programming interfaces (APIs) is used by more than 20 million developers around the world, including those working for companies from Axis Bank, India’s third-biggest private bank, travel company Goibibo, to Meta Platform’s WhatsApp and Facebook. Other big tech customers include Salesforce, Stripe, Twitter, Cisco, PayPal and Microsoft.
“Our hypothesis was that the world of software was going to change fundamentally, and every piece of software was either going to use an API or be an API,” Asthana had told Forbes India in December 2020. That’s proving to be truer than ever. 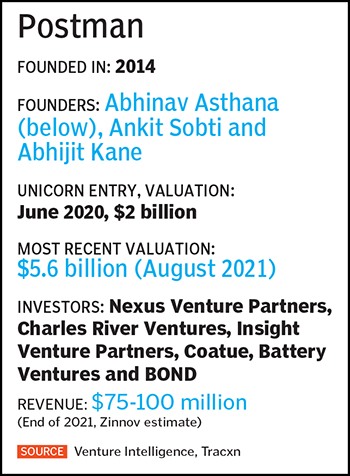 In 2020, Postman raised $150 million in its Series-C funding at a valuation of $2 billion.
And in August 2021, the company announced its Series-D funding of $225 million, at a valuation of $5.6 billion. In addition to the venture capital firms, prominent entrepreneurs like DoorDash product leader Gokul Rajaram and Freshworks founder Girish Mathrubootham are investors in Postman. The company has now raised more than $430 million across four rounds.
The opportunity is attractive. According to MarketsandMarkets, the API management market is projected to be worth $5.1 billion by 2023, at a CAGR of 32.9 percent. Postman’s own ‘state of the API’ survey also indicates the rapid adoption of APIs: In the 12 months to July 2021, when the survey was conducted, polling more than 28,000 developers, Postman users signed in from 234 countries and geographies while making 855 million API requests, a 56 percent increase from the previous year.

Tweets by @forbesindia
Photo of the day: One for the history books
Storytelling in business: How to create engaging stories