"Where do we go, nobody knows," sang Coldplay. Not anymore. With the Forbes India events guide, you will know exactly where you have to be next year

1 Thailand New Year’s Eve Party
There are few places in this world where you can live out your desert island dreams of palm trees and white sand beaches, and still have a blinding night out at a rocking party. The Full Moon Party at Koh Phangan has gained global notoriety as being one of the biggest and best beach bashes in the world, and this year, on December 31, there’s the chance to be part of the first ever Full Moon Party on New Year’s eve. The party starts at dusk and ends 24 hours later, and the dancing never stops: Every bar and club along the beachfront is throbbing with music.

Entry passes are not required, but it is advisable to keep your feet covered and don’t even think about falling asleep on the beach! With more than its fair share of hedonistic lunar explorers gracing these shores, you’re guaranteed an amazing beginning to 2010.
More info: 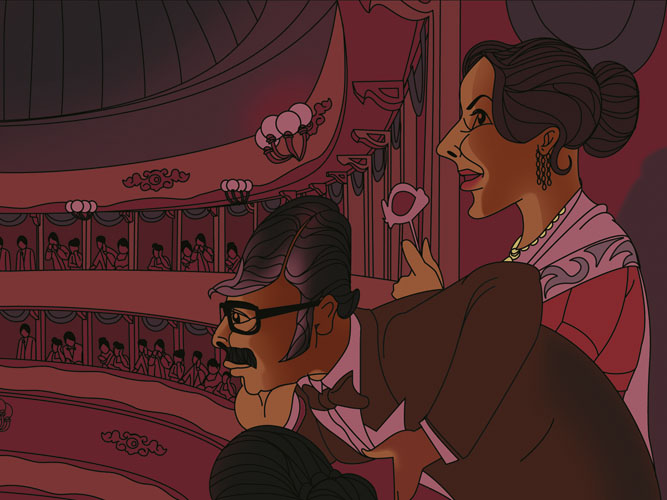 Image: Vidyanand Kamat
2 Maha Kumbh Mela — January to April
The Maha Kumbh Mela (kumbh means pot and mela means fair) is a mass Hindu pilgrimage and it occurs once every 12 years, rotating among four locations in India. According to astrologers, the Kumbh Mela takes place when the planet Jupiter enters Aquarius and the Sun enters Aries. This year, the festival will be held from January to April, at Haridwar in Uttarakhand. To commemorate this holy event, millions of Hindus from all over the country come together to take a holy dip in the Ganga. It is believed that bathing during the Kumbh absolves one of all sins and evils and grants salvation. The main bathing dates are January 14, February 12 and 13, March 15 and April 14. If taking a dip in the Ganga is not your thing, you can catch the naked Naga sadhus who throng the event on bathing days.
It is also believed that at the time of Kumbh, Ganga’s water is charged with positive healing effects. During the 2004 Kumbh at Haridwar, more than 10 million devotees gathered at the site. Brace yourself to face the crowds for some amazing photo opportunities. Plus you get to fulfil your spiritual quota for the year!
More info:
3 Symphony Orchestra of India, Celebrity Concert Season — February
Mumbai’s National Centre for the Performing Arts (NCPA) will launch its Celebrity Concert Season in February, with the Symphony Orchestra of India (SOI). With its eighth Celebrity Concert season, the Symphony Orchestra of India has come of age. This is not just because the orchestra is in its third year and the biannual seasons of Celebrity Concerts have helped it mature quickly; it’s also because the SOI now seems more certain about its own ability and is more willing to expand its range.
The SOI was formed in 2006 as the result of an on-going collaboration between the NCPA and the internationally acclaimed violinist, Marat Bisengaliev, who serves as the orchestra’s Music Director. Players are recruited from an international field, but the orchestra places a great emphasis on developing musical potential within India itself. To date, there are 17 Indian players (Indians and persons of Indian origin) representing the finest local talent and providing a solid foundation for the future of orchestral playing in this country. Sample some exquisite piano concertos by Bach and Rachmaninov.
More info:
4 Jaipur Literary Festival — January
Jaipur is not a city that can lay claim to a place at the heart of India’s impetuous rush toward modernity; it is instead famed for its worship of age-old tradition. Yet, for a few days each year, the city finds itself to be the pulsating core of the contemporary literary world. Touted as Asia’s leading literary event, the 5th DSC Jaipur Literary Festival will be held from January 21 to 25.
This year, visitors to the festival can hope to spot familiar names like Maheshweta Devi, Hanif Quereshi, Rohinton Mistry and Vikram Chandra. Others who have confirmed their participation include Alexander McCall Smith, Candace Bushnell, Wole Soyinka and Niall Ferguson.
But what is most special about the festival is that it is still largely noncommercial. Admission is free, authors are condemned to move about amongst general attendees, food and drink are available to all at the same time and place. This unceremonious and democratic vibe is what attracts literary celebrities and the average public alike.
More info:
5 Maharaja’s Express — January to April
The Maharajas’ Express, the first pan-India super-luxury train, is being launched by Royale Indian Rail Tours, a joint venture between IRCTC and Cox and Kings India. The train has 23 coaches, divvied up across a passenger capacity of just 84.
It includes two fine dining restaurants that seat 42 persons each at a time, so that everyone onboard dines together and an exotic bar with the choicest collection of beers, wines and spirits. There is also an Observation Lounge with its own bar, game tables and a boutique.
While the minimum tariff is being kept at $800, maximum is $2,500 per day per person. All the coaches of the train will have individual temperature control systems and environment-friendly toilets, a first in a luxury train. Besides, live TV, internet, in-house movies and direct dialing facilities will be provided. The first two journeys are already sold out. And the Delhi-Kolkata leg is filling up fast on other departures from January to April.
More info:

6 Andrew Lloyd Webber’s Love Never Dies — Begins in March
One of the hottest tickets in town next year is expected to be for Andrew Lloyd Webber’s new musical, Love Never Dies, in which the Phantom of the Opera returns. The musical picks up a decade after the original’s conclusion, and has the Phantom trading his hideout beneath the Paris opera house for New York’s Coney Island, the iconic Brooklyn amusement park known for its roller-coasters and hot dogs. Webber said he wanted to produce a sequel because the conclusion of the original was too boring. Apparently he thought about writing a follow up to Phantom of the Opera 16 years ago, but couldn’t settle on a storyline, until now. Phantom has had huge success, entertaining 100 million people in 25 countries, since it opened 23 years ago. How does one follow that success then? Well, the composer is insisting that the new production will stand alone. It opens in the West End in March, and on Broadway in November.
More info:


7 41st Passion Play in Oberammergau — May to September
It’s a 10-year wait if you miss out on the 41st Passion Play in Oberammergau, Germany, a tiny, picturesque village in the heart of the Bavarian Alps. The play, with its roots in the 1630s, when plague-beset villagers promised to re-enact the Passion of Christ if the deaths stopped (they did), is now held once a decade.

It’s five hours long and in German, but the tale is easy to follow. It depicts the last five days in the life of Jesus Christ, from Palm Sunday to Easter. Preserved throughout the centuries, the Oberammergau Passion Play was performed for the 40th time in 2000 and featured 130 speaking roles. Two players are cast for each of the 19 major parts which include Jesus, Mary, John, Judas, Caiaphas and Pilate. Over half a million people attended the 110 performances of the play.
More info:
8 The Winter Olympics — February
2010 seems to be the year for sports lovers! The 21st edition of the Winter Olympics will take place from February 12 to 28 in Vancouver and Whistler, British Columbia, Canada. This 17-day gets less press than the Olympics (technically, the Summer Olympics), but is attended by close to 6,000 athletes from over 80 countries, and will be eagerly followed by 3 billion television viewers worldwide. 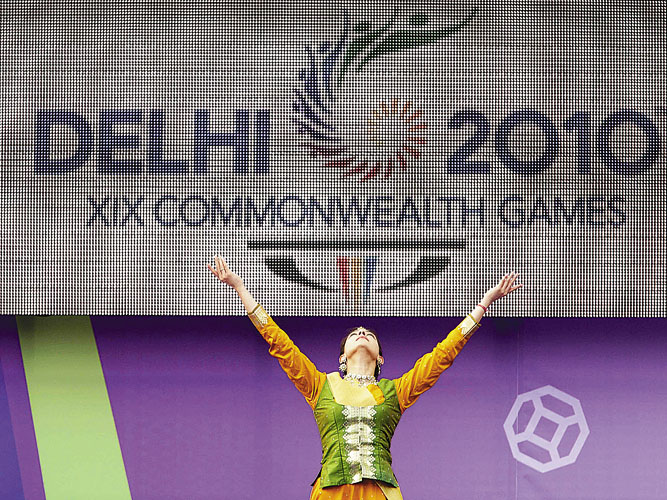 Image: Matt Dunham/ Reuters
Some of the events to look out for include curling, figure skating, ice hockey, cross-country skiing and biathlon. This will be the third time Canada is hosting the Winter Olympics. In 2014 the honour goes to Sochi, in Russia. India’s winter sports record isn’t too hot: We’ve never won a medal, and the largest team we ever sent to the Winter Olympics was four, at 2006 Torino Games.
More info:

9 The 2010 Commonwealth Games — October
Make sure you are in Delhi during October to watch the world’s fastest man burn his opponents as he aims to break his own record in the 100 meters dash. Usian Bolt will be in vibrant Delhi as the city will host the 19th edition of the Commonwealth Games. This will be the first time India has hosted the Games, and only the second time the event has been held in Asia (Kuala Lumpur in 1998 was the first). In October this year, President Pratibha Patil made history by becoming the first Head of a State to attend the launch of the Queen’s Baton Relay, in the formal countdown to the games. It will be the largest multi-sport event conducted to date in India, with over 71 teams participating. Make sure you’re present for the grand opening ceremony in Delhi’s Jawaharlal Nehru Stadium on October 14.
More info:
10 2010 FIFA World Cup in South Africa — June, July
We repeat: It’s quite a year for sports fans! From June 11 to July 11, Italy will defend the Cup it won in 2006 against 31 nations. Indians typically root for England or Brazil as we hope that India can someday make it to this event. This will be the first time that the tournament is being hosted by an African nation, which is a big deal for the continent; there is already a massive sense of anticipation, even if the event is still some way off. The tournament will be held in nine cities across South Africa. And for those four weeks, SA will be the centre of the world. An estimated 3 million people will visit during this period, and the matches will have an estimated cumulative worldwide audience of around 6 billion. Enormous financial benefits in terms of tourism, marketing and other services are expected across the country, as well as a massive boost in infrastructure investment ahead of the event.
More info:
11 Bonjour India: Festival of France — January
The festival is a celebration of the Indo-French relationship and perhaps France’s most significant rendezvous with India yet. With more than 150 events planned from December 2009 to January 2010 across 16 cities in India and featuring close to 250 artists, designers, musicians, scientists, architects and entrepreneurs, the Bonjour India festival is a good place to start for anyone looking to experience French culture. Look out for eight cinematic masterpieces by French greats like Francois Truffaut, Jean-Luc Godard and Alaine Resnais at the Pune International Film Festival from January 7 to 14.
More info:
(Compiled by: Shloka Nath, Saumya Roy, Neelima Mahajan-Bansal, Elizabeth Flock, Divya Subramaniam, Nilofer D'Souza, N Ramnath)