On Thursday, the Harvard School of Public Health announced an ambitious women's health study that aims to enroll 1 million women over a decade. This is the third large-scale study that Apple has partnered with, developing research tools using iPhones and apps 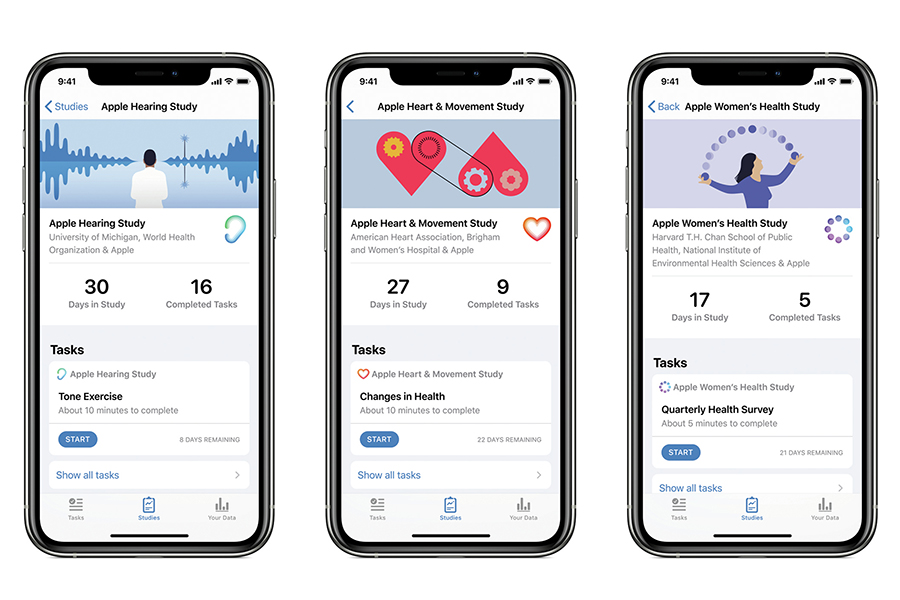 An image provided by Apple of mobile phones with screens representing new medical studies. The Harvard School of Public Health has announced a new study that is just one of three new large research efforts that Apple is working on, and paying for, with leading academic research centers and health organizations — an example of how the Silicon Valley giant and its popular products are reshaping medical research
Image: Apple via The New York Times