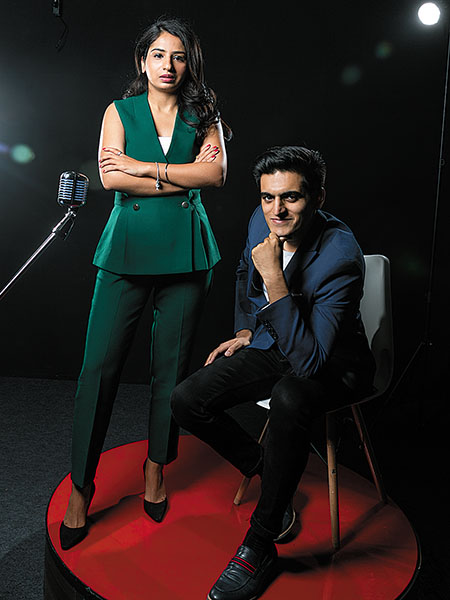 Frustration, reckons Shobhit Banga, is a double-edged sword. It can either be exasperating or motivating. For the first-generation entrepreneur, though, there was a third hybrid edge: Frustratingly motivating.

Banga’s first major bout of exasperation happened when he was 15. The adolescent was not getting enough time for tennis, a sport he wanted to play professionally. The hectic study schedule was killing his passion. The small-town boy from Mandi in Himachal Pradesh, egged on by his supportive father, decided to drop out from school in 2009.

What triggered the step was a golden nugget from his dad. Your work, Banga’s father, a doctor, explained quoting Steve Jobs, is going to fill a large part of your life. The only way to be satisfied, the Apple co-founder remarked once, is to do what you believe is great work. “And the only way to do great work is to love what you do,” Banga senior advised his son.

However, a spate of injuries forced Banga to quit tennis in 2010. “It was frustrating,” he recalls. “It killed one dream, but kindled another: To make it big in cycling,” says the 25-year-old co-founder of Josh Talks, a startup that uses storytelling as a tool to inspire and motivate youths to reach their full potential. Within a year, Banga became the youngest member of the Specialised Kynkyny Cycling team, India’s first professional cycling team, and the youngest Indian to qualify for the prestigious Paris-Brest-Paris, a long-distance cycling event.

Though Banga had tasted success, frustration was still a companion. For two reasons. One was the lack of a sense of purpose. “I loved cycling but I questioned myself whether I am adding value to other peoples’ lives,” he says. Another nagging thought was the inability to do something for the less privileged.

The seeds of Josh Talks were sown in these dissatisfactions. In January 2015, Banga co-founded the media platform with Supriya Paul, 26, and the backing of angel investors such as Freshworks founder Girish Mathrubootham. It had a sedate start with revenues of ₹40 lakh by March 2017. It has picked up since, hitting ₹5.58 crore in FY19. The projection for the current year is ₹13.5 crore.

From just one Hindi YouTube channel in October 2017, Josh Talks is now available in eight vernacular languages: Hindi, Marathi, Bengali, Tamil, Punjabi, Gujarati, Malayalam and Telugu. It currently has some 5.5 million subscribers, most of them from Tier II cities and beyond, over 1,500 talks, 30 million monthly views and over 350 offline events attended by 1.5 lakh people.

“We curate inspiring stories and provide a platform to showcase them,” says Banga. Speakers from diverse backgrounds, explains Paul, are invited to share their inspiring stories, highlighting their challenging journey. Josh Talks partners with non-profits, foundations and private companies for online campaigns and on-ground programmes, which is the primary source of revenue. “Raja ka beta ab raja nahin banega (A king’s son won’t become king now),” he says, parroting a dialogue from the Hrithik Roshan-starrer Super 30, a biopic on Anand Kumar, founder of Super 30—a programme that mentors 30 students from less privileged background for the IIT-JEE.

Josh Talks, say experts, is an inspirational juggernaut that India, especially Bharat, needed to realise its dream. The potential of youths in smaller towns and villages, says N Chandramouli, CEO of brand insights company TRA Research, is immense. If they had the same access to things urban India takes for granted, such as advice and inspiration, India could well be on the path of another social revolution. “Josh Talks has intuitively found the missing link that can mobilise this latent potential,” he says. By providing inspiration, he adds, they help spark hope. “And hope is an infectious attitude.” 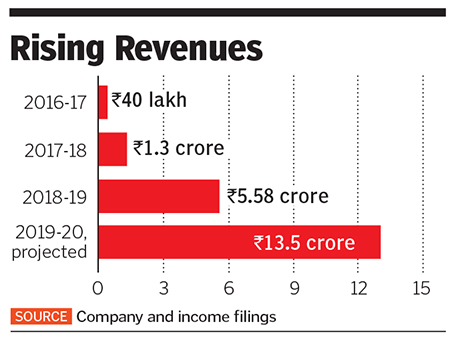 Hope, as it turned out, was what Banga and Paul needed the most when they started their journey. The business of motivation, the duo soon discovered, could be demotivating. “We knew we had a story. But there were no takers,” says Banga, who bootstrapped the venture with ₹20 lakh that he pooled with his co-founder and friends. Most companies didn’t take them seriously, and many didn’t think the idea could be sustainable.

Although, globally, TED Talks is a rage, it is owned by the TED Foundation, a not-for-profit. TED makes money from attendance fees, sponsorships, licencing fees and book sales, but spends all on things like video editing and web development, apart from salaries.

Josh Talks had to find a middle path. The pool of savings was depleting alarmingly before the startup achieved much traction. Then came the first turning point in the last week of November 2016 when Josh Talks released a video with engineer-innovator and education reformist Sonam Wangchuk, the apparent inspiration behind the character of Phunsukh Wangdu in 3 Idiots. “The impact was huge,” says Paul. While Josh Talks had a subscriber base of 17,000, in two weeks after the release of the video, it gained 5,000 more. “It garnered over 1.1 million views on the channel, and the figure eventually went up to 2 million,” she recalls.

That helped the company raise angel funding and a subsequent undisclosed funding round, and snare a collaboration with Facebook.

“Modelled on TED Talks, Josh Talks provides inspirational talks on any of these hallmarks of Indian success with local role models and local languages,” says Jessie Paul, founder of marketing advisory firm Paul Writer. With each video getting millions of views, Josh Talks provides content that is useful to the audience. “But whether they (viewers) will pay for it remains the moot question.”

Banga and Paul have been diversifying their revenue basket and product offerings. Apart from the flagship talks, the duo has rolled out Josh Kosh, a career guidance resource in regional languages for those from less privileged backgrounds, and Josh Skills, a platform and modules in regional languages for soft skills such as personality development, English speaking and entrepreneurship. “We are planning to go overseas by starting operations in Bangladesh, China and some African countries like Congo,” says Banga.

The challenge is daunting: Building repeat attendance and brand loyalty in a country where paid programmes are still viewed as an indulgence. Successful conferences, Paul says, require a celebrity in most cases and scaling that model beyond Tier 1 cities might be difficult. “It is imperative to focus on monetising the core product: Inspirational talks,” she adds.

Banga, though, doesn’t allow it to pull him down. “Look at history, all big things started with a spark of inspiration,” he says.