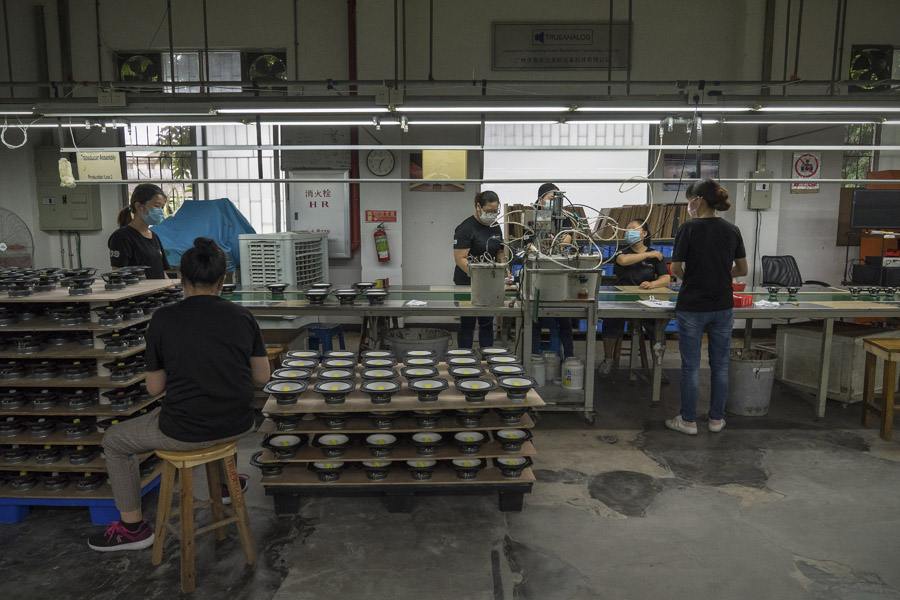 He inspected fields of corn amid jitters about food supplies. He visited steel works trying to overcome a slump in profits. He toured an innovation center at a time when President Donald Trump has raised barriers against China’s technological takeoff.

China’s leader, Xi Jinping, has used his recent trips to highlight a warning: The country must retool its economy to be more self-sustaining in a post-pandemic world of uncertainty, weakened demand and hostility.

China needs its people to spend more and its manufacturers to be more innovative, Xi has said, to ease dependence on fickle foreign economies. Most pressing, official media comments on Xi’s strategy have said, China must be ready for sustained acrimony with the United States that could put at risk its access to American consumers, investors and know-how.

“The world has entered a period of turbulence and transformation,” Xi told an audience of prominent Chinese economists brought to the Communist Party’s headquarters in central Beijing late last month. “We face an external environment with even more headwinds and countercurrents.”

China must “make breakthroughs in core technologies as quickly as possible,” Xi said.

Xi has called his new initiative a “dual circulation” strategy. The grandly technocratic name, which he first used in May, means China should rely on a robust cycle of domestic demand and innovation as the main driver of the economy while maintaining foreign markets and investors as a second engine of growth.

To some, Xi’s latest initiative looks like a glossy reboot of long-standing efforts to overhaul the Chinese economy. Chinese leaders have promised since at least 2006 to make domestic consumer spending a bigger share of economic activity, reducing reliance on exports and infrastructure building — with mixed success.

But Xi’s new strategy demands to be taken seriously, even if its implications are still hazy. He has cast it as a security imperative to keep China growing in an era of global turbulence, and that new geopolitical urgency will raise pressure on officials to show results.

“This policy has a lot to do with China’s changing international environment, particularly the deterioration of Sino-American relations,” Yao Yang, dean of the National School of Development at Peking University, said in an emailed response to questions. “China needs to prepare for the worst-case scenario, in which the U.S. seals off China in certain tech areas.”

Chinese officials and experts have already been rushing out rival proposals to flesh out Xi’s strategy. Some have urged the government to ramp up support for Chinese technology companies. Others have called for reducing barriers to foreign investors, to help ensure that China keeps its friends and is not cut off.

China’s formula for growth has been evolving, though in the view of some economists, too slowly. Exports contribute notably less to economic growth than they did a decade ago, but the shift to domestic consumption has been incremental. And China depends on imports of technology, crops and energy, adding to the government’s worries about external vulnerability.

“Frankly, a succession of policies from the Trump administration have made us see the importance of this more clearly,” Yu Yongding, an economist in Beijing who previously advised China’s central bank, said in a telephone interview, referring to Xi’s new emphasis on domestic consumption. “We may step up the pace of our adjustment.”

Xi has said that dual circulation will shape China’s next five-year development plan, which will be largely finalized later this year and rolled out next year. A Communist Party leaders meeting in October is likely to reveal more of what Xi has in mind for that plan and beyond.

The leaders will be sorting through competing proposals on how to meet Xi’s goals as they hammer together the five-year plan. Central to their deliberations is how China should handle restrictions by the U.S. and other advanced economies that have become increasingly frustrated by and wary of China.

In the end, Xi’s preference for state dominance is likely to determine what proposals become policy.

“I do think that China is preparing for an even further degree of decoupling,” Zhu Ning, a deputy dean at the Shanghai Advanced Institute of Finance, said in an interview. “In most of the propaganda, the domestic consumption cycle receives far more attention than the foreign cycle.”

Xi’s program is likely to bring more measures to support domestic service industries, such as tourism, and more support for new energy sources to displace imports, Wang Wen, executive dean of the Chongyang Institute for Financial Studies, a think tank in Beijing, said in an interview. He said that the new strategy implied a more ambitious agenda than just expanding consumer spending.

To increase domestic consumption, the Chinese government would have to markedly reduce inequality by shifting wealth to ordinary households. Poorer people are unlikely to spend freely when they lack disposable income and tend to save money for emergencies.

That could require difficult social and economic changes that have met official resistance. Xi’s new edict has also revived decadeslong calls for breaking down bureaucratic barriers that make it difficult for rural residents working in cities to get medical care or send their children to schools.

“Any efforts to reduce inequality would, in theory at least, translate into higher domestic consumption,” Jane Golley, an economist at the Australian National University in Canberra, said by telephone. “The failings that they’ve had there is part of the reason that they’ve struggled to see a significant boost in the share of consumption.”

Xi’s dual circulation initiative may have a more immediate impact by redoubling efforts to build homegrown technology and reduce China’s need for foreign-made microchips and other key components in smartphones, computers and other equipment.

Many Chinese officials and analysts say that American enmity has compelled Beijing to spend more on creating its own crucial technologies. In the latest blow, the Trump administration announced in August that it was restricting the ability of Huawei, the Chinese telecommunications equipment giant, to buy chips made or designed with American equipment and software.

The new strategy does not mean that Beijing is closing the door on foreign investors and markets, Chinese officials assert, and experts say that a rupture with the U.S. would be economically devastating for both sides.

Xi often orchestrates policy drives by first issuing sweeping commands, leaving subordinates to hammer out detailed proposals. In 2015, he launched “supply-side structural reform” to cut bloated industrial capacity, and it evolved from a catchphrase to a campaign that bore results.

“The leadership doesn’t issue slogans like these because they think things will be easy. They issue them to force focus, mobilization and prioritization,” Julian Gewirtz, a senior fellow at the Council on Foreign Relations who studies Chinese politics, said by email. “Dual circulation has a lot of mileage left to go before it’s towed off to the junkyard of discarded slogans.”