Lydian Accelerator, an open-sourced non-profit to find a treatment for their daughter's genetic disorder, could help others too, believe Rohan Seth and his wife Jennifer Fernquist 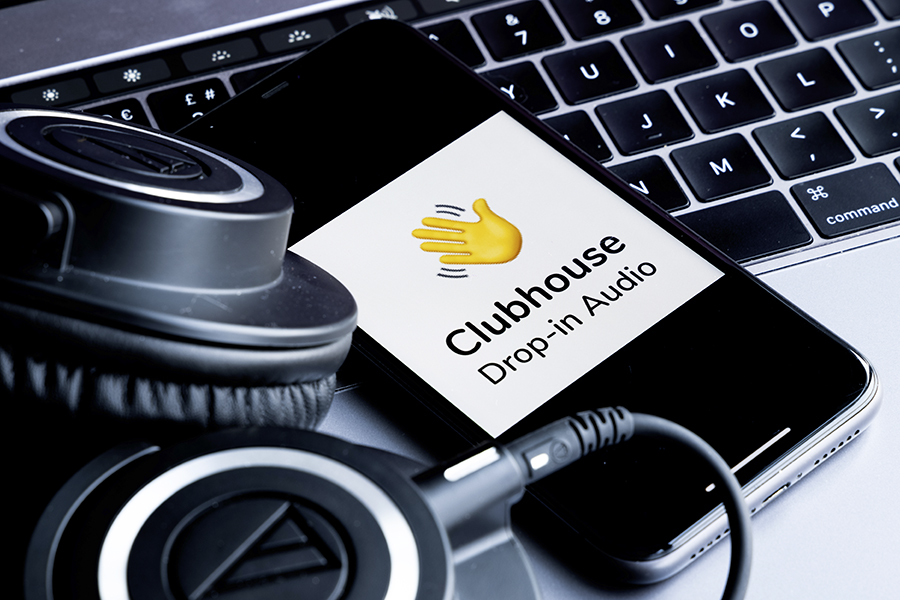 When Elon Musk kicked off a conversation in a digital room on Clubhouse on February 1, it sparked off interest in the iOS-only audio-chat app among India’s entrepreneurs and venture capitalists. More of them are joining it, and tweeting about FOMO (fear of missing out). The one-year-old San Francisco-based startup behind it, Alpha Exploration, has already reportedly hit unicorn status after its January series B funding, led by investment firm Andreessen Horowitz. It raised $100 million, and was valued at a billion dollars after the funding, according to news site Axios Media. While Clubhouse has also become the latest must-be-on-it social media platform for celebrities and politicians, what is lesser known is co-founder Rohan Seth’s personal battle, along with his wife Jennifer Fernquist’s, to save their little daughter, Lydia, from a rare, but devastating genetic disorder.  A message on LinkedIn and an email to a common Clubhouse address for Seth and co-founder Paul Davison, hadn’t elicited a response at the time of this story, but here is what’s on the internet, from Seth’s own posts.

Lydia Niru Seth, named after her late grandmother, was born in December 2018, and it became apparent that something was wrong when she started having seizures soon after birth, Seth recalled seven months later in a blogpost on Medium. “We heard everything from ‘it's probably viral, go home’ to ‘paperwork for genetic testing is really hard’. ‘Meanwhile, let's keep baby sedated’,” Seth had written in June 2019, on Twitter. Eventually, a genetic test showed that Lydia had a tiny, random mutation in a critical gene that would affect her brain functions, causing severe disabilities and suffering. “She will not sit up, crawl, walk or talk. Some kids have died,” Seth wrote in his post. But he and Fernquist also discovered that a potential treatment might already exist. The parents didn’t carry the mutation; it had happened spontaneously in the baby, they found. “We were told her disease was too rare, and there was no treatment, but neither is true. There are millions of children with severe mutations like Lydia’s—and the technology to silence these mutations already exists,” he wrote. The new parents pored over hundreds of scientific papers, even translated foreign medical records, contacted top scientists and raised $1.5 million for Lydian Accelerator, which they had started as an open-sourced effort to collect and share all relevant information that they believed could not only help their daughter, but also other families. The technology they came across is called Antisense Oligonucleotides (ASOs) and it can “silence the mutation at the source”, Seth wrote. The type of genetic disorder that Lydia suffers from is the result of just one wrong piece of code in her genetic make-up. With such ‘monogenetic diseases’ one can pinpoint the exact cause of the problem, which makes them “extremely treatable” with ASOs, according to Seth.  Since the first approved drug in 2016, ASOs have successfully halted severe diseases like Spinal Muscular Atrophy and Batten’s Disease. Unlike traditional drugs that target proteins (the hardware), ASOs target the RNA (the code). These have repeatable properties, making customisation remarkably easy. By modifying a few characters of code, without changing the chemistry or dosing, an ASO can be designed to target any mutation, he wrote.
“We live at a unique moment in time where a child can be treated with a personalised ASO—an ‘N-of-1’ treatment,” he wrote. Seth and Fernquist found out that in 2018, Timothy Yu, a doctor at Boston Children’s Hospital created the first N-of-1 ASO, skipping the lengthy clinical trial process. Armed with this knowledge, the couple are on a quest for an ASO specific to Lydia. *** Seth is of Indian origin. He attended Stanford University, where he studied computer science and management science. He worked at Google for close to six years and then turned entrepreneur in August 2014, as co-founder and CEO of a company called Memry Labs. The startup was acquired by another company called Opendoor, and Seth worked on products there for nearly three years before teaming up with his friend Paul Davison to start a podcast app called Talkshow. That experience probably helped envision Clubhouse, which they started in January 2020, according to Seth’s LinkedIn profile. Fernquist is a staff user experience researcher at Google, where she has worked for nearly 10 years. She leads user experience research for Wear OS, Google’s software platform for wearable devices, according to her LinkedIn profile. While there seems to be a lot of interest in Clubhouse among Indian entrepreneurs and venture capitalists, the absolute number of installs are modest for now. As of February 11, it had generated 27,000 downloads from App Store in India, according to data from Sensor Tower, which tracks mobile apps worldwide. From January 1 to February 11, 2021, it accumulated 25,000 installs in India. When it comes to the top countries for worldwide downloads of Clubhouse, the US ranked at the top with 2.4 million, or approximately 35 percent of global downloads. Japan ranked second with 1.2 million, or 16.7 percent of installs, while Germany ranked third with 617,000 downloads, or 8.8 percent, as on February 11, when Sensor Tower sent the data to Forbes India. Overall, Clubhouse has accumulated more than 7 million downloads globally. ***
Early in 2019, Seth and Fernquist found out about Retigabine, a more conventional medicine that seemed like it could help their daughter, and taught themselves how to make it. They purchased research grade material for the drug, checked its purity against a reference standard, and self-compounded it at home on a weekly basis. They started dosing Lydia with Retigabine in May of 2019 and there were improvements in her, Seth recorded in his blogpost. Retigabine was originally made by GlaxoSmithkline, but the pharma company had discontinued it as it hadn’t been commercially viable, according to Seth. Another company, Xenon Pharmaceutical, had bought the rights to bring the drug back into the market, and Seth and Fernquist hoped that their self-compounded version would help until Xenon’s drug came out.Retigabine, however, was only a “band-aid”, and the ASO is the real deal, according to the couple. The most recent public update Seth provided on the progress of their efforts seems to be a Fathers’ Day tweet last June—that they had been hopeful that a gene-silencing treatment could be started as early as October 2020. Scientists know of Adenine (A), Cytosine (C), Guanine (G), Thymine (T) and Uracil (U) as the fundamental units of our genetic code. In Lydia’s case, “at position 683 of the gene KCNQ2, an A was mistyped as a G. That’s all it took”. In their research, Seth and Fernquist found only two other children on the planet with the same mutation, he wrote. If the couple succeeds in building an ASO-based treatment that silences the effects of this misprint, it could give Lydia a chance, and maybe others as well.