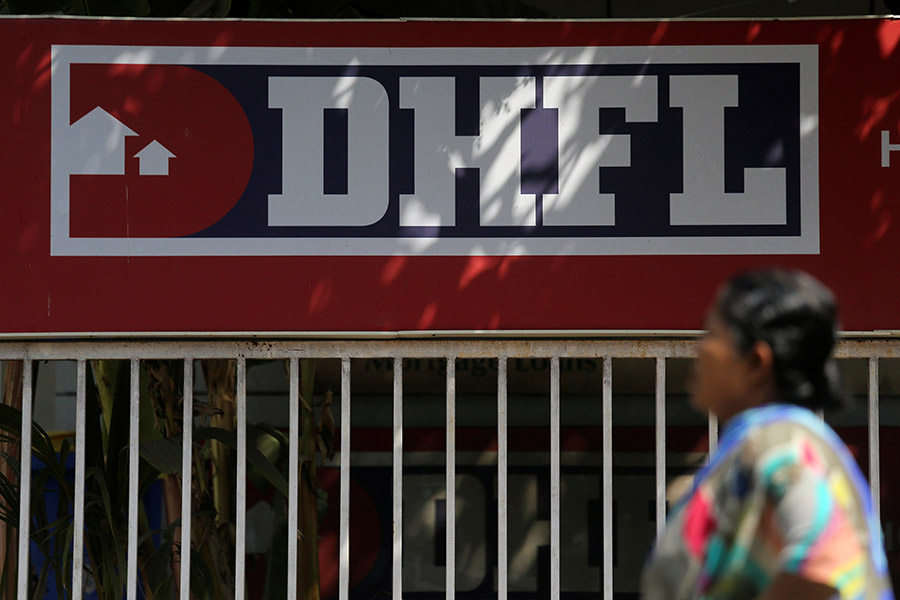 The struggling non-banking finance company Dewan Housing Finance Ltd (DHFL) is seeking to carve out its wholesale lending book into two parts to pay off its lenders, said a person familiar with the development.

“The proposed resolution pitch that has been submitted to lenders, institutional creditors and non-convertible debenture holders has two deals. One wherein global stressed asset buyout fund Oak Tree Capital has offered to infuse Rs2,700 crore as priority capital to fund last-mile projects. The other part of the carve-out will involve bringing in a long-term development manager for loans that have been offered to developers against land parcels. They have received separate bids from the Adani Group and Piramal Group for the same which involves capital infusion of nearly Rs1000-1200 crore in the initial stage,” the person added.

The first carve-out, in which Oak Tree Capital is seeking to invest, involves last-mile funding projects in which DHFL financed developers in cities like Bhopal and Surat.

“But the caveat to the transaction is that Oak Tree has put in a clause wherein they want first right of access to any newly-generated cash flow and then the lenders would be paid off. The deal is now being internally debated by lenders because they are also contemplating if they would like to finance the last-mile funding projects rather than doing an external deal,” the person added.

On January 29, Oaktree had acquired loans given to Bombay Dyeing & Manufacturing Company Ltd and SCAL Services Ltd, which had a total pool principal of Rs1,700 crore. The transaction was structured under RBI’s securitization guidelines.

The second carve-out proposed as part of the resolution deal involves Adani Group  and Piramal Group who have separately bid to become a development manager for the wholesale loan portfolio of DHFL. “Whoever wins the bid will initially infuse Rs1,000-1,200 crore in the book.  DHFL has basically funded land and slum rehabilitation area (SRA) projects that are at a stage where property can be built ground-up; the new development manager can come in, start developing and selling projects and then the recovered capital will be shared between them and the lenders,” the person added.

The development manager will get nearly 8 to 10 years to build and sell the project, thereby giving lenders time to recover their capital.

“These SRAs and land parcels are spread across Juhu, Borivali, Worli and Chembur in Mumbai. The projects have the potential to unlock nearly Rs30,000 crore worth of loan value as part of resolution process,” the person added.

On 27 September 2019, DHFL had presented a draft resolution plan to all its institutional creditors including banks, financial institutions, mutual funds, insurance companies and other institutional bond holders.

According to the  latest presentation available on the company’s website when it presented its new proposed resolution plan, it has total borrowings of Rs 83,873 crore, of which Rs 41,431 crore is owed in NCDs, including masala bonds.

According to the Indian central bank’s norms, 75 percent of the creditors need to be onboard a resolution plan to approve the process.

“Optically there is no hair cut on the principal amount but the transaction turns out to be around 75 cents to a dollar. But if they don’t come to a resolution quickly, the liabilities will go up significantly; hence the lenders and the NCD holders need to act quickly otherwise the book will keep destroying underlying value,” the person added.

According to a presentation by DHFL to the bourses on 27 September, the company has segregated its exposure in two categories: Category I includes  existing retail assets and it has offered a blended return on investment of 8.5% per annum with a cash cover of 1.05x for the retail assets.

Category II involves project and mortgage loans which is where these two transactions are being stitched. The company has proposed an internal rate of return (IRR) of 8.5 percent with step up interest rates and cash cover of 1.15x.

The presentation also says that it has assumed a price of Rs 54 per share for debt conversion into equity by lenders to acquire 51% stake in the company.

Tweets by @forbesindia
Can IP-Led innovation help India hurdle the middle-income trap?
The changing face of horse riding: Women in the saddle