'For successful deals, PEs and promoters must be on the same page' 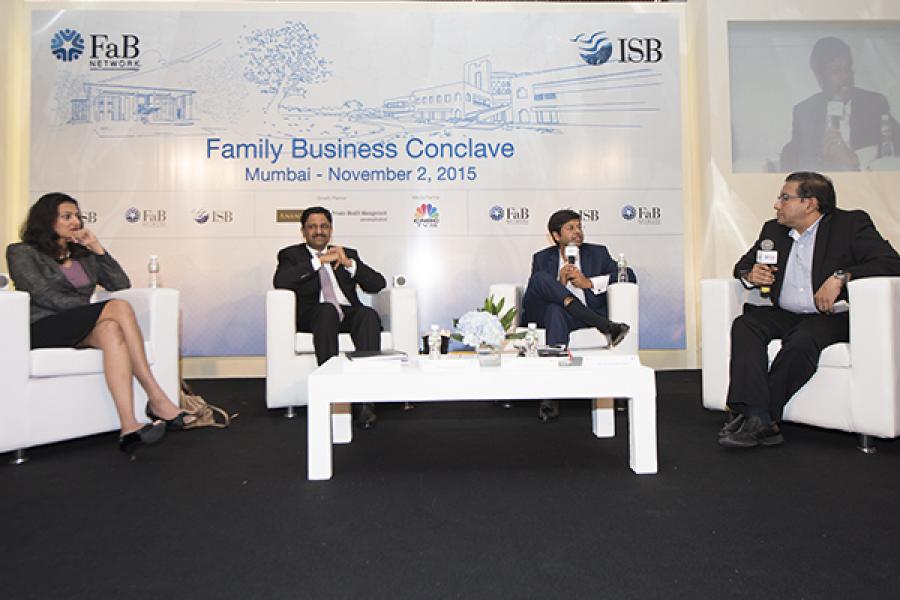 Alignment of interests is the key to the success of private equity-promoter relationships in India. This was the consensus view of the panelists speaking at the Indian School of Business’s first Family Business Conclave at the Four Seasons Hotel in Mumbai on Monday.

“The key to a successful deal is really about alignment of interests [of PE firms and promoters], to be on the same page and in being transparent with each other,” said Shashank Singh, whose company Apax Partners has invested in firms like Apollo Hospitals, Sriram City Union Finance and the software R&D services company GlobalLogic, among others.

Ameera Shah, ‎whose Metropolis Healthcare has raised three rounds of PE funding, said most entrepreneurs tend to get carried away by valuations. What matter more than valuation are the terms associated with the deal, said Shah. “Some are onerous…more important is the dynamics between you and the investor. I haven’t seen great value addition from PE investors,” said Shah, adding that PE investors do boost corporate governance and bring in best practices. “The portfolio manager may change. All funds have a culture and values. Do they suit you? Do the investors understand your vision?” asked Shah, stressing that it’s imperative for the investors and promoters to be on the same page for the success of their deal.

Shah said due diligence on the investor is an important step toward successful deals. To be sure, she spoke to investee firms (of PE firms), people in the market and even officials sitting in overseas offices before she zeroed in on her investors—ICICI Venture, Warburg Pincus and Carlyle.

PE investors poured $10.9 billion into the country in 2014, up from $7.4 billion in 2013, according to data from research firm Venture Intelligence. Over the last few years, the Indian market has evolved from plain debt-and-equity models to quasi debt, convertible warrants and structured deals.

Promoters sometimes need to be educated not just about the various funding options available to them but also about the terms and conditions that such options entail. The four most common funding avenues include debt, quasi debt, PE partnership and public equity. “One has to differentiate these four classes and what it means in terms of cost of capital, terms, level of control etc,” said Haigreve Khaitan.

Can the alignment and transparency guarantee that all will go smoothly? No, is the unanimous answer for investors, promoters and deal makers. Investors do face resistance from promoters. Differences could emerge due to ego issues like who has the upper hand to address material and management issues.

“When faced with resistance, the only option is either they convince us or we convince them. It is important to know your partner and engage in a dialogue constantly to understand expectations,” said Singh.

Singh said if an investor has to hold a shareholders’ agreement and stress on their rights, the battle is already lost. Entrepreneurs in India are in a position of strength as legal agreements are difficult to execute and implement.

According to Singh, resistance to change is least in the first 100 days. “People accept changes more openly in the first year and the changes made in that period have a big impact on the next five years.”