The courses are available free and offline too, and the internet giant aims to conduct 5,000 workshops in 40 cities by 2020 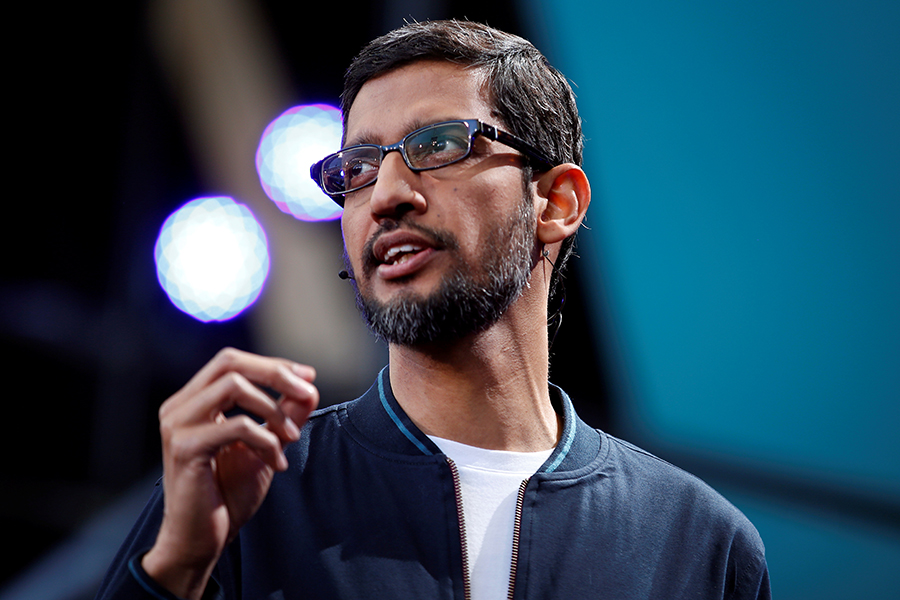 Sundar Pichai, CEO, Google
Image: Stephen Lam/ Reuters
Internet search giant Google has launched ‘Digital Unlocked’ a set of video tutorials to help small businesses in India get up to speed in the digital era, Sundar Pichai, the company’s CEO, who is visiting New Delhi, said in a press release on Wednesday.

Pichai, who is pushing Google to bet its future on the rise of artificial intelligence, has backed other programs at Google that could eventually help hundreds of millions of people in emerging markets all over the world to tap the power of the internet.

In India, Google is putting in place high-speed broadband wifi access in hundreds of railway stations, and backing an alliance to make more content available in local languages. Eventually, in the narrow sense, this could expand Google’s market for online ads-based revenue. The bigger picture could include data from a billion-plus people feeding Google’s AI ambitions.

India is already the biggest smartphone market by units sold in the world after China. And Google’s Android operating system is totally dominates the smartphone user-base in the country.

“The Internet and digital technology will be an engine of growth for the Indian economy. Today, anyone can become an entrepreneur, a developer, or a creator, but it is important that they have the right tools and skills to digitize. We believe it is important for us to invest in training and equipping these individuals and small businesses to accelerate their journey of growth.”

And on Google’s radar are some 51 million small and medium businesses in India, more than two-thirds of whom are offline, Google said it found in a study in partnership with consultancy and accounting firm KPMG.

Embracing digital tools could raise the SMB (small and midsize business) sector’s share of India’s GDP by 10 percentage points to between 46 percent and 48 percent by 2020, according to the study.

SMBs that are digitally savvy grow their profits twice as fast as those that remain offline, according to the study. Digitally engaged businesses are also far more likely to expand beyond their home cities, the study found, Google says in its statement.

Digital Unlocked tackles the biggest obstacle to greater adoption of digital tools — lack of understanding and missing skills. The offline training is being conducted in partnership with FICCI, an industry lobby, and over the next three years, 5,000 workshops will be held across 40 Indian cities.

The online training comprises a set of 90 self-paced video tutorials, curated specifically for India and is available free of charge at g.co/digitalunlocked. The tutorials cover topics such as building a web presence, increasing online growth, and using mobile phones and video to reach customers. The training modules are certified by Google, Indian School of Business and FICCI.

Google has also launched Primer, a free mobile app, to teach digital marketing skills in a quick, easy and interactive way. It is available for download through the Google Play and iOS app store. Primer also works offline and is currently available in English and Hindi with Tamil, Telugu and Marathi versions coming shortly, according to Google’s release.