Make in India to have greatest long-term impact but not enough done to stimulate it, says India Inc 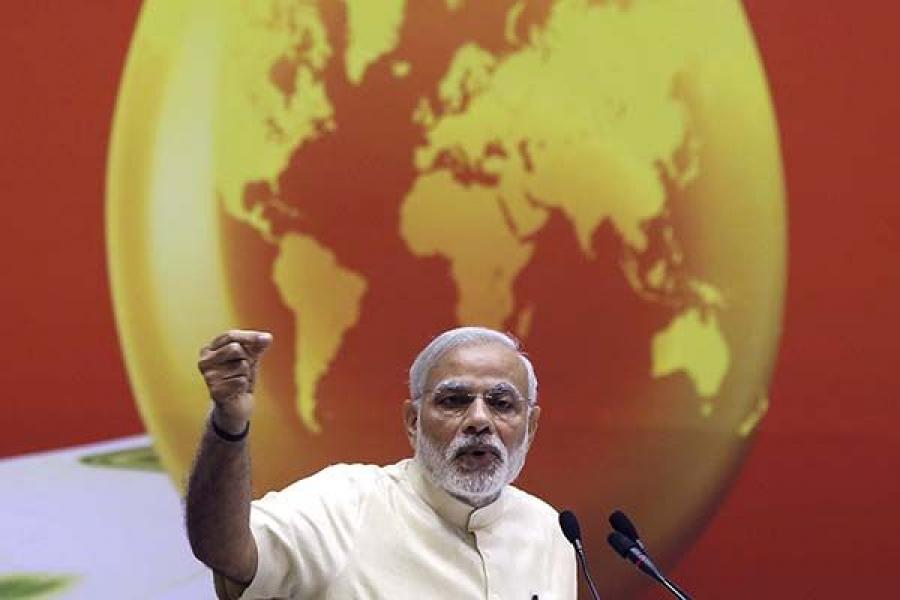 Image: Adnan Abidi / Reuters
Clearly, India Inc is delighted at the transparency brought about in the way natural resources are being allocated. The Modi government gets the highest marks on the creation of a transparent and efficient process for the auction of such resources

One year after the Narendra Modi-led National Democratic Alliance (NDA) was voted to power with a landslide majority in the general elections, most of the country’s business leaders have said that the steps taken by the government in the past year will lead to a better investment climate and business potential for the country. The Piyush Goyal-led ministry of power, coal, new and renewable energy gets top billing from the business community, followed by the finance ministry led by Arun Jaitley.

These key findings form part of an an exclusive survey conducted by BMR Advisors for Forbes India, aimed at assessing the mood of the country’s top business leaders one year after the Modi government took charge at the centre. The survey was conducted in April 2015, and the respondents comprised 55 chairpersons, MDs, CEOs, presidents and CFOs from among various sectors. The survey is part of the Forbes India 6th Anniversary special issue on one year of the Modi government, currently on stands.

Despite some discontent over the pace of economic reform in some quarters of India Inc, the overall mood in Indian boardrooms continues to be overwhelmingly in favour of Narendra Modi’s government. This is evidenced by the fact that as many as 87 percent of those polled feel the government has been pro-business and in favour of economic development, while 78 percent believe the steps taken by the Modi administration will lead to a better investment climate in the days to come.
Clearly, India Inc is delighted at the transparency brought about in the way natural resources are being allocated. The Modi government gets the highest marks on the creation of a transparent and efficient process for the auction of such resources. This is followed by finance ministry Arun Jaitley’s deft balancing between fiscal discipline and stimulating growth, with the respondents voting this as the second best performance area.

On ease of doing business, a critical area of concern, 55 percent believe the government has taken appropriate steps over the past year to address this problem. While 71 percent believe Make in India is the initiative which is likeliest to have the greatest long-term positive impact on the economy, only 29 percent believe that sufficient steps have been taken to stimulate this important campaign.

Says BMR Advisors chairman MukeshButani: "Clearly, there is a very long way to go before we realise the benefits of the reform agenda that has been rolled out by the government. While the offshoot of macroeconomic recovery is visible, the key will lie in the implementation of structural reforms, which will lead the way for a sustainable growth trajectory."

The survey clearly shows that India Inc is not convinced with the government’s efforts to put together a simplified and rationalised tax regime just yet, despite the BJP’s election promise of doing so. An overwhelming 60 percent of the business leaders polled said the Budget had not been successful in addressing this concern.

GST, which is being seen as a game-changer for the economy but is now stuck in the political sparring between the ruling party and the opposition, is seen as the single most important factor which could revive the economy. As many as 65 percent of the respondents voted for GST as the biggest recovery stimulant, followed by the Land Acquisition Bill (another legislation caught in the political muddle) and the raising of foreign direct investment (FDI) caps in insurance and defence.

(Check here the results of the Forbes-India BMR Advisors Survey)