Indigo: Will bickering friends bring down what they built? 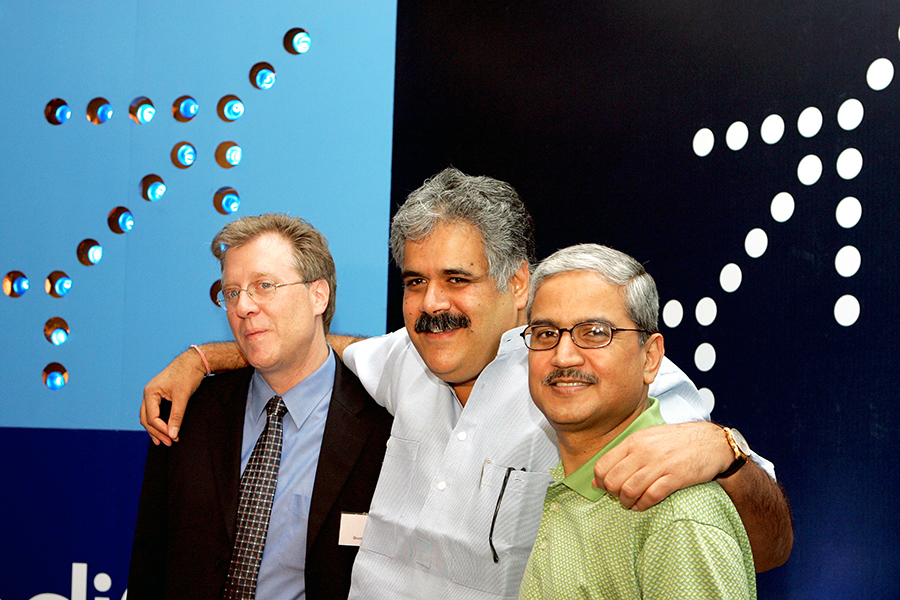 Even as it continues to fly high in India's beleaguered aviation sector, the country's largest airline, IndiGo, has been hit by some severe headwind. Much of that has to do with the men who founded and ran the airline for 15 years. Rakesh Gangwal, the 66-year-old former CEO and Chairman of US Airways Group and the co-founder of IndiGo; and Rahul Bhatia, the 59-year-old co-founder of IndiGo, have been at loggerheads for nearly four months now over the way the airline has been run. On July 9, however, things turned for the worse when Rakesh Gangwal, who owns 37 percent stake in the Gurgaon headquartered airline, decided to write to India's market regulator, Securities and Exchange Board of India (Sebi), seeking its intervention in the crisis. In his letter, Gangwal has alleged that the company had participated in objectionable related-party transactions (RPTs) and not complied with corporate governance standards. He also claimed that a “paan ki dukaan" (paan shop) would have managed matters with more grace. "IndiGo was founded with the objective of creating an airline to serve the people of India with a world-class product and built on foundations of transparency, uncompromising values, and principles," Gangwal says in his letter. “However, today, IndiGo is at a watershed moment. It has started veering off from the core principles and values of governance that made IndiGo what it is today." Gangwal has now sought Sebi's help to hold an extraordinary general (EGM) meeting to ensure that the company, its board of directors and senior management adhere to requirements in the company's Code of Conduct for Directors and Senior Management, and to recommend to the board and audit committee to put in place certain reasonable procedures and safeguards in entering into related party transactions with Rahul Bhatia and his affiliates. The rift first became public earlier in May, only a few months after India's oldest private airline, Jet Airways, shut shop after accrual of massive debts. On July 10, the shares of InterGlobe Aviation, the parent company of Indigo tanked nearly 20 percent, after the letter became public. "IndiGo had a lot going on for it," Shukor Yusof, founder of Malaysian-based aviation consultancy firm Endau Analytics said. "In that sense, it is very disappointing to see what is happening, especially since it is coming from two guys whom you least expect it from. It certainly erodes to some extent, the confidence in the airline." Betrayal of trust At the core of the feud, lies a breach of trust between two friends, and an aspiration to gain control of the airline. Gangwal and Bhatia came together to start IndiGo in 2004 and steadily built it up as India's largest, with a market share of nearly 50 percent. In the process, the company also redefined the concept of air travel in Asia's third-largest economy and positioned itself as the market leader as Kingfisher Airlines and Jet Airways started bleeding. "Having spent more than 30 years working in and leading some of the most reputed airlines in the world, including United Airlines, Air France, and US Airways, I decided to join hands with Mr. Bhatia, a long-time friend to build a large air transportation network in India that would make the nation proud," Gangwal says in his letter. "Rooted from a deep trust built over a decade, long friendship and with no desire on my part to have any meaningful control of the company, I entered into a shareholders' agreement that allows Mr. Bhatia unusual controlling rights over IndiGo," Gangwal’s letter said.  In an earlier interview with Forbes US, Bhatia had also mentioned how he pursued Gangwal quite persistently until he had agreed. "Rakesh was hesitant because of the high mortality rate in the business. But I'm a persistent guy," Bhatia had said in 2014. When the duo joined hands, it was decided that Bhatia's IGE group will have management control of the airline, a claim that Bhatia made in his letter to the board of directors in June this year. "It has now more clearly emerged that the real agenda of the RG (Rakesh Gangwal) Group is to dilute and diminish the controlling rights of the IGE Group and to relieve itself from its obligations under the Shareholders' Agreement ("SHA") and the Articles of Association ("AoA") which ensure implementation and enforcement of the IGE Group's controlling rights," Bhatia said in a letter in June. What has happened now? The recent crisis began with Gangwal's letter to Sebi chairman Ajay Tyagi, where he made the alleged violations at IndiGo public. For instance, Gangwal said that IndiGo's office spaces are always rented from IGE group companies, owned by Bhatia. This year too, after the expiration of the lease, the company renewed the same. "Instead of the lease rates logically increasing at renewal, the new lease rates going forward were lower by more than 25%," Gangwal alleged. "To the best of our knowledge, such competitive bidding was not entered into when the original lease agreement was entered into with the IGE Group entities years ago."


"The whole thing is nothing but one partner flexing muscles to the other," Mark Martin, the founder of Dubai-based Martin Consulting. "I don't see why they want to go to the market regulator. There is no love lost here. Both of them made money when the company went public and if one wants to leave, then so be it." Meanwhile, Bhatia has claimed that Gangwal's move is nothing but "sheer greed" to grab rights and hijack the company. "The RG Group's involvement in the Company was primarily with the objective of gaining an economic upside," Bhatia wrote. "It did not participate in the company to control its management. Since its inception, the IGE Group has always had management rights, and the SHA captures this understanding unequivocally." He has also claimed that Gangwal has already earned unprecedented returns, and is plotting to acquire control of the company. "This company is one of the largest purchasers of Airbus A320s," Endou Analytics’ Yusof says. "The relationship is certainly damaged, and it's not a good sign for the airline and the country, especially since these are allegations of corporate governance. I don't know whom to trust. All that we can hope is that common sense prevails."