It was in 2018 that Altria Group had picked up a 35% stake in Juul Labs for $12.8 billion. On Thursday, it said that it had devalued its investment in the vaping company by $4.5 billion, as bans against vaping intensified across the US and the company was struggling with a scrutiny over its under-age users 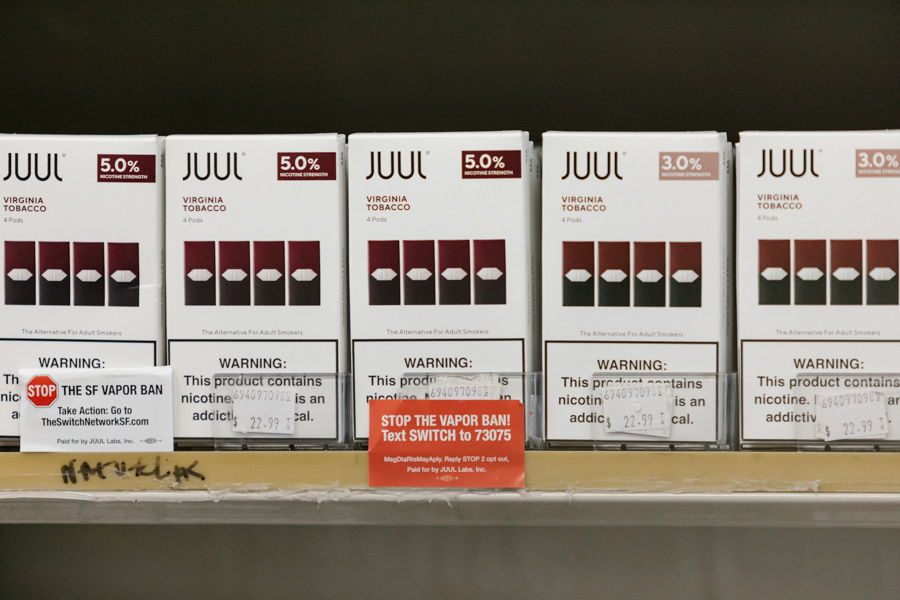 Juul products for sale in San Francisco, June 19, 2019. The tobacco giant Altria Group said Thursday that it had devalued its investment in the vaping company Juul Labs by $4.5 billion, a move that reflects deepening turmoil in the e-cigarette industry. (Jason Henry/The New York Times)

The tobacco giant Altria Group said Thursday that it had devalued its investment in the vaping company Juul Labs by $4.5 billion, a move that reflects deepening turmoil in the electronic cigarette industry.

Altria, one of the world’s largest tobacco companies, invested $12.8 billion in Juul in December 2018, acquiring a 35% stake in the Silicon Valley startup.

The company pointed to recent bans on vaping, a $7 billion industry, across the United States and the “increased likelihood” that the Food and Drug Administration would “remove flavored e-vapor products from the market.”

Still, Altria’s chairman and chief executive, Howard Willard, said on an earnings call that while the e-cigarette industry was at a critical juncture, the company remained “committed to Juul’s success.”

“We must address underage use while also preserving options for the more than 20 million adult smokers who are interested in less harmful tobacco products,” Willard said.

“We continue to believe that raising the legal minimum age to purchase all tobacco products to 21 at the federal and state levels is the most effective action to reverse the rise in youth vaping.”

The company, which has argued that e-cigarettes would save lives by helping people stop smoking, has come under intense scrutiny in recent months amid mounting outrage over vaping among teenagers and a spate of mysterious lung illnesses that have been linked to e-cigarettes.

Juul is now facing multiple state and federal investigations. The U.S. attorney’s office in San Francisco, the Food and Drug Administration, the Federal Trade Commission and several state attorneys general have all opened investigations into how the company marketed its products. Three school districts have filed a suit accusing Juul of endangering students and getting them addicted to nicotine.

The e-cigarette maker announced this month that it would suspend online sales of most flavored products in anticipation of a ban by the Trump administration.

Part of the appeal of Juul’s e-cigarettes was the array of flavors, like mango, cucumber and crème. A ban would not only hurt the company’s sales but those of the small business owners who are selling the products as part of a little-regulated $2.6 billion industry. Many vape shops rely on customized, flavored nicotine blends as the bulk of their sales.

The mint and menthol flavors, among Juul’s best-sellers, are still being sold. The planned federal ban is expected to include them, despite lobbying from some trade groups to exempt them.

Vaping is a source of increasing concern for health officials. An outbreak of illnesses and deaths linked to the practice continues to rise, while the exact cause remains unknown. Many of those affected had vaped THC, some had used both THC and nicotine and others reported vaping only nicotine. In October, a 17-year-old New York City boy became the first teenager to die, according to federal and state data.

Altria, the U.S. maker of Marlboro, bought a stake in Juul last year, when the young company was exploding in popularity and valued at $38 billion. As part of the deal, Juul’s 1,500 employees shared in a bonus of $2 billion.

At the time, Altria, hurting from a decline in smoking, saw Juul as a way to shift its business away from traditional cigarettes. Its own e-cigarette product, a “heat not burn” device called IQOS by Philip Morris International, was held up in regulatory approvals (the FDA approved IQOS in April and the company started selling it in Atlanta this month).

In September, Juul replaced its chief executive with an Altria executive, K.C. Crosthwaite, who has sought to contain the damage. Crosthwaite has suspended Juul’s advertising and withdrawn its support for a San Francisco ballot measure that aimed to reverse the city’s ban on e-cigarette sales.

But the company continues to face problem after problem. On Tuesday, a former top executive filed a lawsuit contending that Juul knowingly sold at least a million tainted nicotine pods and refused to recall them.

Tweets by @forbes_india
Where are the American jobs?
'Joker Stairs' are becoming a tourist hotspot