London Doesn't Have Enough Security for the Olympics

As the date of the Opening Ceremony draws closer, London is scrambling to get all things fixed not least, the shortfall in security personnel 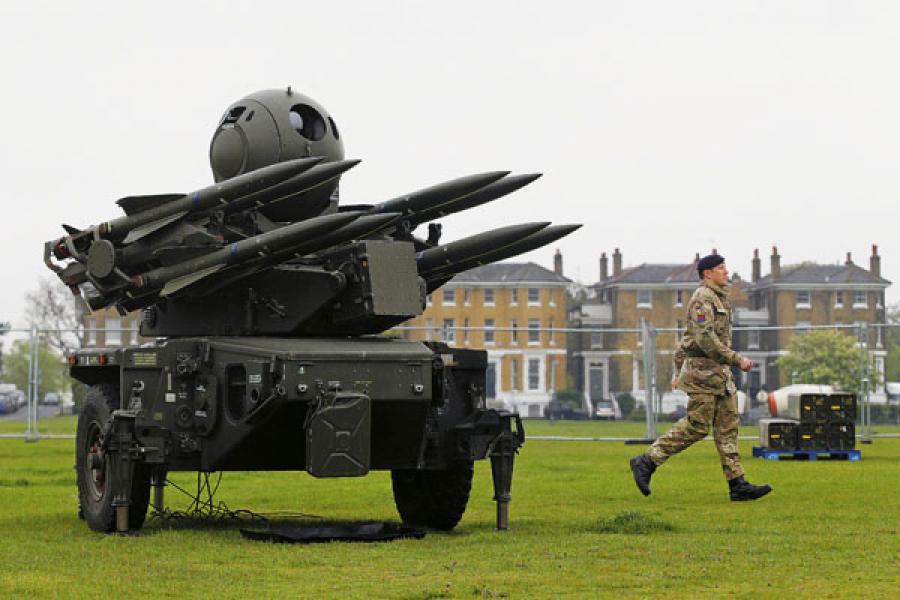 For the record, I had no problems at immigration. The officer was pleasant, chatty, wanting to know if that five-time women’s world champion boxer, MC Mary Kom, was as good as they say she is. I breezed through customs and then the Airport Olympic Accreditation centre, all in 25 minutes flat with my bags in tow.

A pretty young girl, a lad and an elegant lady all approached me to ask if I needed transport to the Olympic Accommodation; they then told me my accreditation would get me exempted from the 16 pounds I would otherwise need to pay to get to London Paddington, from where you can get to any part of England.

Two days after arriving in London, I have yet to be caught in a traffic jam; I have yet to experience a train that’s been more than a couple of minutes late; and I have never seen East London as decked up as this time. And yes, people are quite excited about the Games.

It’s tempting to contrast all this with the 2010 Commonwealth Games in New Delhi.

Here in London, they told us that the city was ready a year ago. Their excellent PR machinery had started sending us releases and YouTube was full of videos of Lord Sebastian Coe, the man at the helm, saying how proud he was that London was ready.

Yet with barely two weeks to go for the Games, not everything is quite in place.

Scan the newspapers, surf the internet or TV channels, and you find stories of long immigration lines, incomplete stadia, venues resembling construction sites and journos predicting traffic snarls of epic proportions. Such stories are as old as the ancient Olympics. We sports journalists are well-versed in the ‘Art of Predicting Doomsdays’. (The irony is that no one misses more deadlines than journalists!)

My own visit a day later gave me the impression that the Olympic Park was still a construction site and could well be ‘fully’ ready only by July 23—that is four days before the Opening Ceremony.

So guess who is the fall guy? The Rain God, I believe. Hey, are we in London or is this a re-run of the Commonwealth Games in New Delhi?

Now I have been a sports journalist for 30 years and have been through half a dozen Olympic Games, seven Asian Games and five Commonwealth Games across the globe.

I have seen all this and more in the past three decades. Drivers could never find their way in Atlanta in 1996 and they still couldn’t do that in Athens in 2004 or Beijing in 2008. All Games venues resemble construction sites till a few days before the Games—sometimes patches are being covered even as the medals are being fought for!

In Athens, my taxi went over roads with numerous potholes and melting tar on the way from the airport to my apartment three days before the Games. I was unable to make the taxi driver understand Olympic Village two days before the Opening Ceremony in Beijing.

Portions of the Olympic Village are always off-limits during last-minute media visits—that consistency was maintained in London. Again, nothing new at all.

Volunteers unable to speak English are nothing new. They couldn’t do that in Athens or Beijing. So why should London be any different? Isn’t it the melting pot of the world? There are any number Scandinavians, Asians and Eastern Europeans working here, and English is not their mother tongue. Big deal! Neither you nor the media should panic over that.

But it’s a different matter when we talk of security systems or lack of trained personnel.

The London Olympic security system has a lot of missiles. Many of them are on the roofs of the houses in East London—I am going to be living there, though the landlord assured me there are no missiles there.

Yet, with two weeks to go, London is short 3,500 security personnel!

That’s because the agency, G4S, is finding it difficult to find more personnel. G4S was given the contract almost seven years ago. It is a leading provider of security solutions, with a staff of over 657,000 operating in 125 countries. It stands to lose up to 50 million pounds, and its shares have plummeted on the bourses because of its inability to deliver on the Olympics contract.

The lack of security personnel has rightly sent the country and the fraternity into a panic mode. Now we hear war veterans from the military are being pressed into service.

These are difficult times. Security budgets have grown manifold, but nothing is too much these days.

Besides, they say, a little tension is good on the eve of a competition. It keeps you on the edge.

As for India’s track record in these matters, but for the dirt that got stuck onto Suresh Kalmadi and his team’s expensive jackets—and even as many other politicians and administrators got away scot free—the 2010 Commonwealth Games were actually quite successful. They went off relatively well. Indians won a lot of medals and New Delhi got a new look. Never mind the cost!