Lost diaries of war emerge, more relevant than ever today

Volunteers are helping forgotten Dutch diarists of WWII to speak at last. Their voices, filled with anxiety, isolation and uncertainty, resonate powerfully today

By Nina Siegal and Josephine Sedgwick 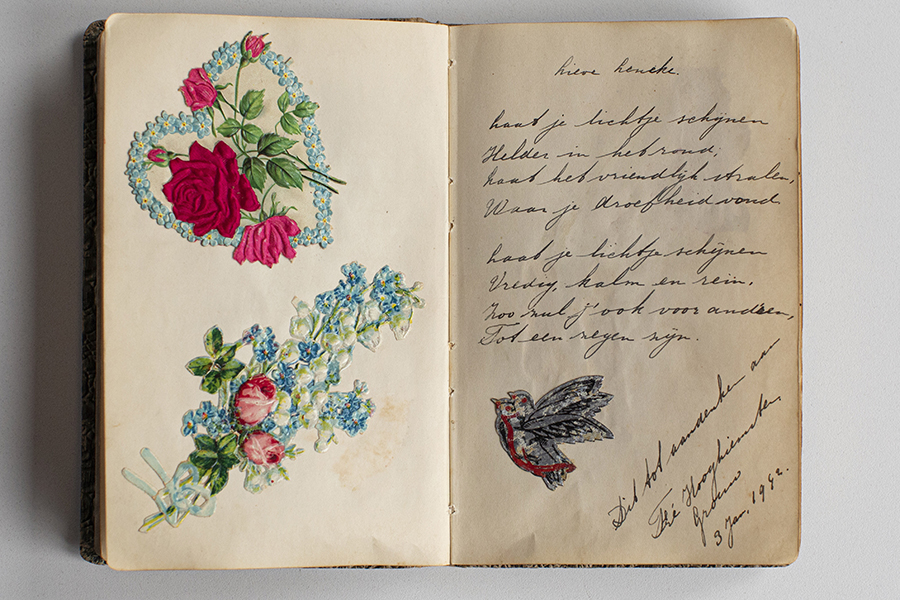 The diary of L. Bijlsma, who had friends and family writing poems in her album during World War II, Almere, Netherlands, March 5, 2020. After the Netherlands was liberated in May 1945, diarists showed up at the National Office for the History of the Netherlands in Wartime, with their notebooks and letters in hand, and with more than 2,000 diaries collected, the Dutch have launched an effort to transcribe the handwritten or typed pages into digital documents, ready for posting on the archive’s website. (Ilvy Njiokiktjien/The New York Times)

Tweets by @forbesindia
Ten interesting things we read this week
Covid-19 FAQs: When will sports come back?