Atul Soneja, global head of EdgeVerve and Nia at Infosys, speaks to Forbes India about how robotic process automation has evolved, the biggest industry challenges, and what it will all look like in two years 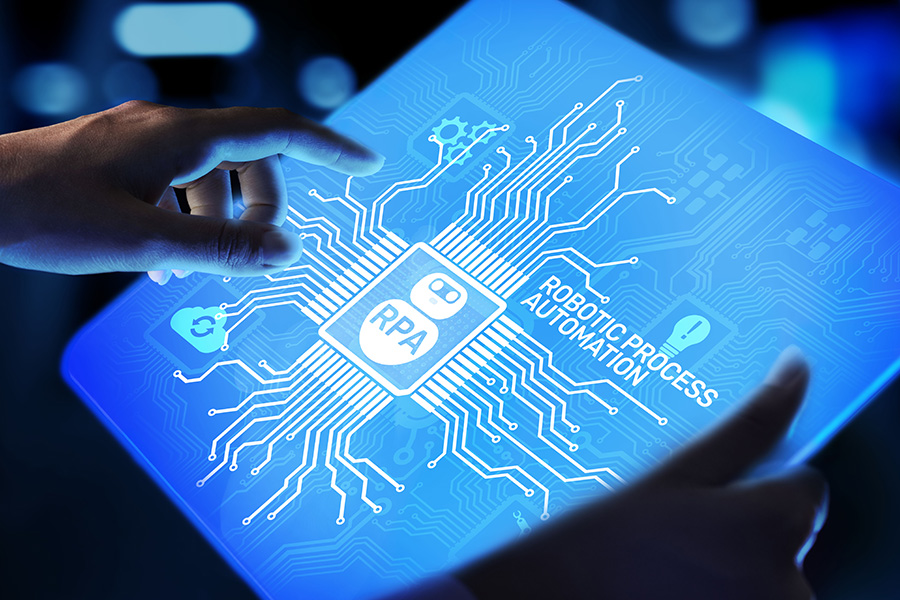 Image: Shutterstock
The future of automation involves a hefty infusion of artificial intelligence, and that is the direction in which the subset of robotics process automation (RPA) is also headed. IT companies such as Infosys are helping customers move from ‘dumb automation’ to a ‘smart’ approach that favours extracting business value over just cost reduction, said Atul Soneja, global head of EdgeVerve and Nia at Infosys, in a recent interview with Forbes India. Edited excerpts:

Q. What is the approach Infosys has taken with robotic process automation (RPA)?
RPA is obviously at the top of our clients’ minds when they think about digital transformation, which involves a journey of automation, extracting operational efficiencies and reducing the staff headcount.

What we are seeing is that RPA has evolved from just being a pure-play workforce reduction tool; it’s now about how one can move automation from efficiency to effectiveness and value realisation.

That is the approach that we have taken as well. Rather than look at RPA as ‘dumb automation’, we’re really looking at it from an end-to-end automation play—helping customers discover the right processes to automate, leveraging AI to make this automation more intelligent, and finally helping customers manage multiple digital workflows that might exist in the ecosystem. This is something that is new to our customers.

Q. How strategic is RPA for your customers in the near future?
Every single customer and every prospect that we talk to is thinking about digital transformation. Many Infosys customers have set up their own automation centres of excellence, which look at how to adopt RPA. It is really catching fire. They all talk about how they want to be well on their journey to adopting automation and RPA by 2020-21.

Most of them have already taken some baby steps, implementing at least one form of automation, exploiting one product of RPA and so on. They are now looking at expanding beyond the one or two processes they might have used as proof of concept, to take it to multiple processes, multiple bots and across functional lines of business as well.

Q. How have software bots evolved? And tell us about your AssistEdge platform…
Infosys has been investing in these capabilities from 2010-11, but back then, it was more of a framework we had developed. The company launched its product, AssistEdge, in 2015, and we have continued to invest in it. It has evolved in line with the nature of work that customers want with their automation plans—in terms of security, configuration, ease of use and the ability to provide straight out-of-the-box adapters that customers can use.

Products and platforms that can take small numbers of bots are plenty, but can they really take care of enterprise-wide needs, where the number of processes and bots in the ecosystem will have to be in hundreds and thousands? That is where we have raised the scalability of AssistEdge.

The ease with which business customers can also use the product has increased—for instance, people with little or no knowledge of coding can use simple drag-and-drop features to build an automation feature they need. The product can also easily attach to a backend database. Such features have been made very easy to use and configure. Infosys has more than 50,000 bots in production across its product segments that make up AssistEdge.

Q. Give us examples to show how clients are using AssistEdge.
AssistEdge has more than 200 customers and many of them will be using it to improve efficiency of various processes. At one of our financial services clients, for small charges challenged by their end customers—say, on a credit card transaction—the company has automated the process of resolution using RPA. This is a classic case of direct business value addition rather than mere cost cutting from reducing human workforce.

A telecom company in the Asia-Pacific region has seen an 87 percent increase in efficiency of checking a set of bills involving seven different processes, with 100 percent accuracy.

Q. In which verticals is there most demand for RPA?
While RPA is developing as a true horizontal phenomenon for every industry, financial services is leading the demand, followed by verticals such as manufacturing, insurance and telecom.

Q. Tell us a bit more about the evolution from ‘dumb automation’ to value generation.
When people look at RPA initially, the expectations are around efficiency, improving productivity and reducing costs—this includes reducing the number of human staffers. But increasingly, there is a play much beyond that, which is, how does it improve quality and how can RPA products add value and increase the business itself. The more mature adopters are looking at this more strategically.

These companies could be in advanced stages of their automation plans and hand their vendors an end-to-end mandate, or try a piece-meal adoption strategy. For instance, every line of business could experiment with its own version of automation. Financial service companies, for example, are investing in this space to improve their compliance processes.

Q. On the flipside, is RPA creating new roles for humans that didn’t exist before?
One of the concerns about software robots is that they will cull human jobs. The flipside is that they will also lead to the emergence of new roles that don’t exist today. While this latter phenomenon is quite nascent, RPA configurators are a new breed of tech-savvy people, for whom demand is rising.

These are experts, who are becoming hot in the industry, who can look at different RPA platforms and figure out how to configure different business processes. The need has also increased for people who understand RPA solutions well and can better sell the products. And in general, product managers are seeing the need to be better equipped to handle RPA.

Q. How is the RPA market growing?
The market is increasing 70 percent to 80 percent CAGR (compound annual growth rate), based on both industry analyses and Infosys’s own projections. This is also borne by the rate at which products such as AssistEdge are acquiring customers. Not all market segments or industries operate in the same zone.

Q. How bad is the talent gap for RPA?
There is a significant gap between the demand for RPA experts and the supply and companies are trying out different strategies to narrow it. One of the things Infosys has done is to release a community version of AssistEdge to anyone who wants to use it, and train on it. The company has evangelised this in universities and colleges, in the hope that more programmers will use it and help create a mass of RPA-ready potential recruits.

That said, if you want to find an RPA configurator in the Asia-Pacific region or in continental Europe, there aren’t too many. It’s not that the capability doesn’t exist, but it’s still a hard find. Infosys has more than 300 specialists working on the combination of AssistEdge, our AI-platform Nia and a third product that we call Business Apps, aimed at customers who might be hesitant but want to try out AI and automation in some way.

Q. What are your biggest challenges today?
There are two types of challenge. One, we’ve seen customers struggling to articulate what the return on investment (RoI) is that they are looking for in RPA and automation. Second, it is critical to identify the right business processes to automate.

In the past, this would mean having solution consultants from Infosys working with subject matter experts from the clients. This had the disadvantage of being influenced by the biases of the people involved. We have overcome this by building a sub-unit of AssistEdge, called AssistEdge Discover, which helps identify the right business processes, the ones with the most number of repetitive steps, for example.

On the RoI, we have built frameworks and a calculator that goes well beyond just labour cost. It looks at increase in quality and compliance as well, for instance.

Q. What will all this look like in two years?
The way we envisage automation and AI is influenced by the belief that they are converging to a large extent. AI is enabling automation become smarter, and is increasingly moving from efficiency to effectiveness. AI-enabled automation is already here. The current version of AssistEdge in the market actually offers cognitive automation.

In the future, this cognitive automation will be available on tap, and different products and services will be available on the cloud. In the future, it will be commonplace for clients to use products and services from multiple vendors and this will entail an integrated control view of all the digital workflows within the clients’ technology ecosystem. Correspondingly, security measures will have to be much stronger. These are some of the areas that we see will change.