Shot at home: Behind the scenes of how The Gone Game was made

For the four-episode series shot entirely remotely, the actors were now responsible for much more than their characters—including set design, lighting, camera work and props 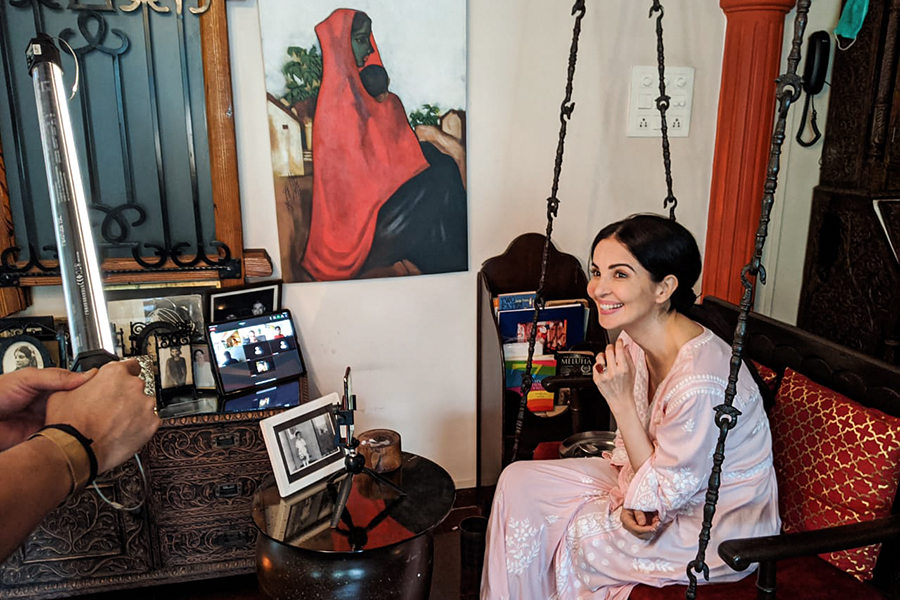 Rukhsar Rehman, who plays Suneeta Gujral during a shot

At the peak of India’s Covid-19 lockdown in March, the team at Bodhi Tree Multimedia, a Mumbai-based production house, began brainstorming. All conventional shoots had halted. For their next project, the story had to be relevant—but also practical to get off the ground. Soon, they settled on a story: A thriller set during a lockdown. Ordinarily, to complete a series of this scale would take a 100-member team and six to seven months of writing, then another couple of months in production and post production. This time, all they had to stay relevant was two months, and a team of 20. "It started off as an experiment, so we needed to build that self-confidence of whether we could execute a project of good quality, considering the restraints,” says Mautik Tolia, CEO, Bodhi Tree Multimedia and producer, The Gone Game. The team first made a trailer, then devised ways to improve upon it, and later went to studios with the idea. 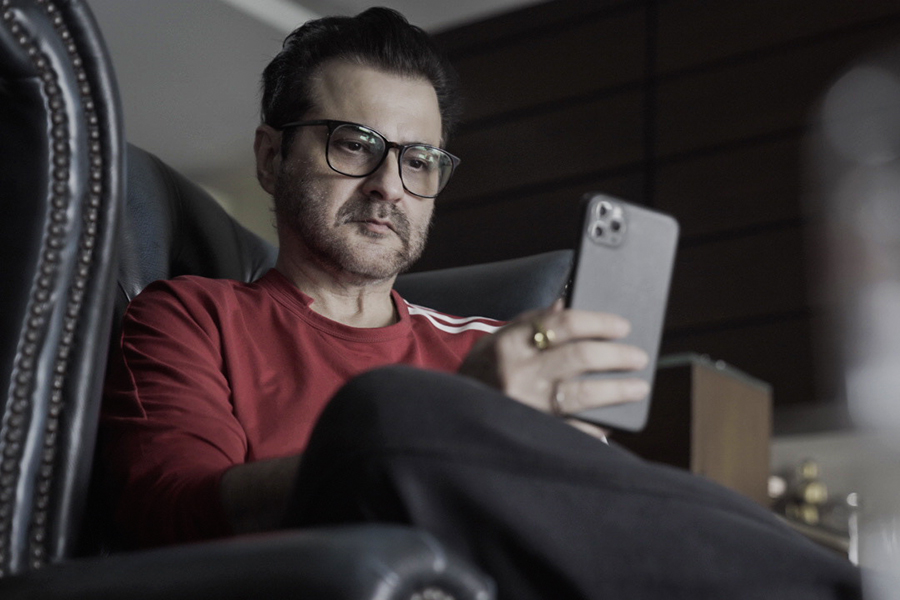 A still from The Gone Game where Sanjay Kapoor, plays Rajeev Gujral, the father of a Covid-19 victim  When actor Sanjay Kapoor was first approached to be on the show, he admits he had reservations. “But talking to the director and shooting the trailer gave me confidence,” he says. Additionally, the whole cast had to go through a workshop to understand the technical aspects of shooting and using cameras.  "Acting is all about reacting," says Kapoor, who plays Rajeev Gujral, the father of a Covid-19 victim. "No matter how good you are as an actor, the other actor compliments you. Here, there was no other actor around me. They were doing their part and I was doing mine." Like Kapoor, for the entire cast it was just the director's voice guiding them, and sometimes, a family member helping out with the shoot. "For some of the selfie shots, I was looking at myself act, which is very unnerving," recollects Kapoor. “I had to bribe my 15-year-old son to help out with some shots. For other shots in the bedroom, Nikhil [Nagesh Bhat, director] would ask me to make it messier, and my wife would look at it and say, 'why don't you pick up clothes from the chair! It looks so bad," he laughs. Even with enlisting help from family, the cast was wearing a number of hats: Set design, camera, lighting and acting. "We were suddenly the heads of all departments. You had to make sure everything was ready before the shoot," says actor Shweta Tripathi, who plays the character of Amara Gujral, the Covid-19 victim's sister, who believes her brother is still alive. It was not an easy task, she adds. "I live with family, and I had to ask them all to put their phones on silent, not to watch anything on loud during the shoots—it's not easy especially when you are stuck at home," she says, adding that her husband shot most of the scenes for her. “My mother-in-law was the only audience member allowed around, and we had to tell her not to cheer or react at all during shots,” she laughs. The most tiring part of all, the actors agree, was transferring the hours of footage at the end of each shoot day. “Those 7-8 hours of work was equivalent to 15-20 hours; it was exhausting,” says Kapoor. Minor details that are otherwise taken for granted took on more effort too. Tolia recalls a scene in which actors Arjun Mathur and Shriya Pilgaonkar are enacting a virtual date, having khichdi with cucumbers. “Mathur didn't have the ingredients at home, so our creative producer had to cook the khichdi at her place, and send it over, using [delivery service] WeFast," he says. “If even a small prop is missing, you’re stuck since everything around you is shut.” 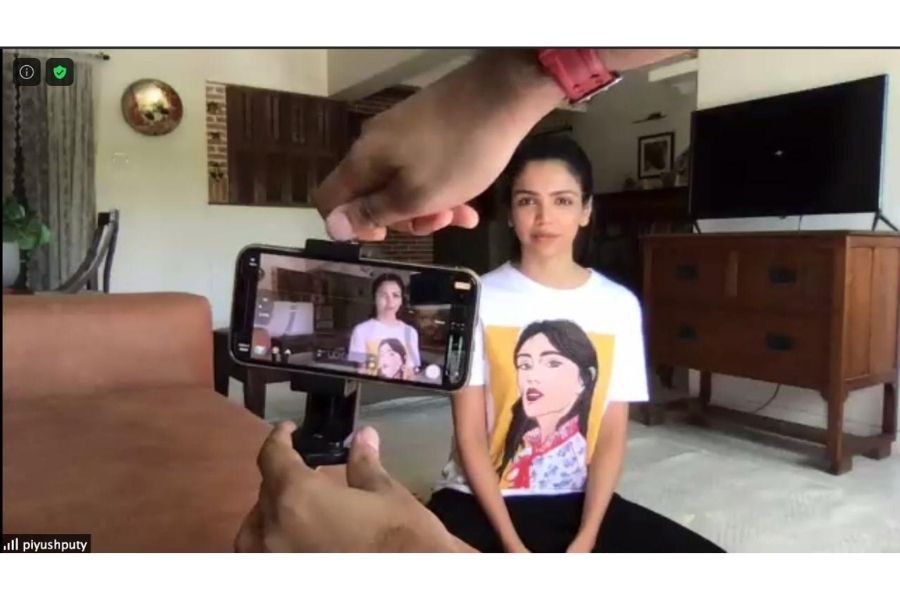 Actor Shriya Pilgaonkar during a scene for The Gone Game The writing is typically a standalone process; however, since the actors could not be in the same frame as each other, storyboarding had to continue all through. “Since the team was very lean, everyone was involved in all processes from the very beginning. The director and DOP (director of photography) had to understand how scenes would be shot from the first stage, since reshooting was not a luxury they had,” says Tolia. For OTT platform Voot Select, on which the show is now airing, it was a risk to buy in. “But we saw the trailer and read the script, and we were confident it would work,” says Ferzad Palia, Head – Voot Select, Youth, Music and English Entertainment, Viacom18, the parent company of Voot. “From day one, we knew we were not making a lockdown show, but a show, which is set during the lockdown. If we were to produce the series today, with some things opened up, it may not have been very different, except there would be a set and more cameras involved."