The pioneer of social entrepreneurship talks about a range of issues from the rapid spread of 'us-versus-them' politics and how India can grab the opportunity to become leaders of climate change, health, technology and more, in a free-wheeling interview with Forbes India 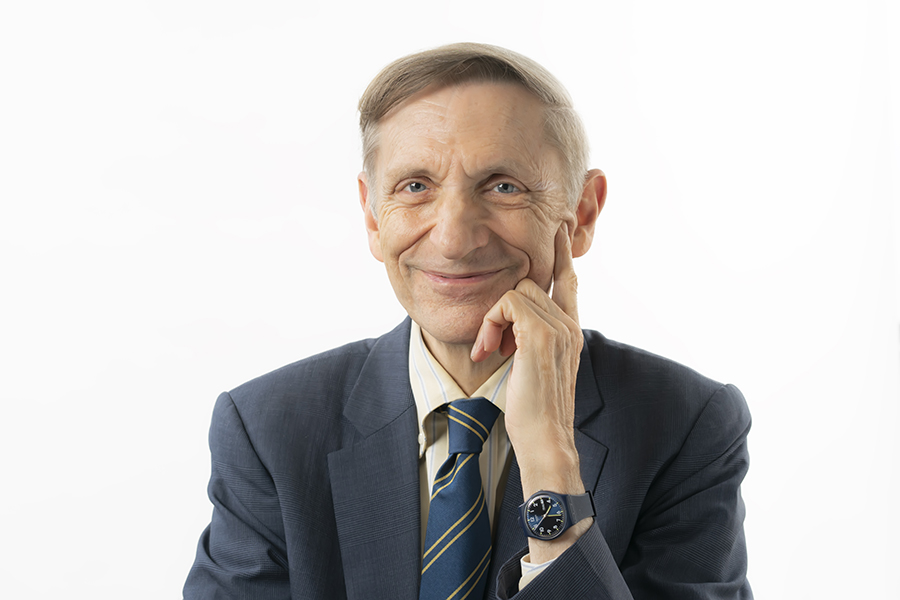 There is a new inequality dividing the world, reckons Bill Drayton. The pioneer of social entrepreneurship underlines the new imbalance: schism between those who have the abilities of being a change-maker and those who don’t.

“This explains why income distributions are getting worse everywhere in the world,” says Drayton in an exclusive email interaction with Forbes India. It (the inequality) also explains the rapid spread of ‘us-versus-them’ politics, he explains. The old model of giving people a skill which they would repeat for life does not work in this new world, he adds.

Drayton is the CEO and founder of Ashoka Innovators for the Public, a global organisation which selects individuals tackling society’s most pressing problems with innovative, entrepreneurial solutions. India has a huge opportunity to be a world leader by adapting a ‘everyone a changemaker’ culture, Drayton says. Edited excerpts: Q. What were the early challenges when you started way back in 1980?
We were launching Ashoka at a time when [former Prime Minister] Indira Gandhi blamed ‘the foreign hand’ for almost everything. From the beginning we were committed to being a global, operationally-integrated organisation, for both philosophical and programmatic reasons. Being a global organisation, we had to first understand a lot of parameters to ensure we didn’t accidentally hurt any potential social change-maker we wanted to help. The answers came from talking to 364 leaders in India, Indonesia, and Venezuela in the pre-launch period: Make Ashoka the community of the world’s leading social entrepreneurs. Now, in each country, we are a community of the leaders of the field, active in mutual help and collaboration. Q. How do you see the confluence of social entrepreneurship and business world?
Both, business and social sectors are in the midst of the most profound structural revolution. The rate of change and the degree and extent of interconnection between the two sectors have been accelerating exponentially for the last three centuries. Business started the revolution, but now both the sectors are fully engaged in this transition.  In this world, every person must have the sophisticated skills of a change-maker to be able to contribute. “The new inequality” that is dividing the world is the division between those who have these abilities and are engaged in the fluid, open and integrated architecture of the world of change, and those who don’t.

This explains why income distributions are getting worse everywhere in the world. It also explains the rapid spread of ‘us-versus-them’ politics…It is the chief reason both business and social have to come together. Any organisation that fails to make this transition is very unlikely to survive for long. Business led the ‘everyone is a change-maker’ revolution when, by the year 1700, it was telling everyone, “If you have a new idea and make it work, we will make you rich and respected, and we’ll copy you.”  The citizen sector, which was dependent on the government (which could not tolerate competition), only broke free and joined this entrepreneurial and competitive architecture around 1980 (the year Ashoka was launched).  Since then, the citizen sector has caught up with business in entrepreneurship, competition, scale, elan and more. The largest student group at Harvard Business School is no longer focused around finance or marketing – they are focused on social causes. It has been growing jobs much faster than business anywhere in the world.  The social sector has the advantage that the core motivation of the social entrepreneur is to serve the good of all. Moreover, social entrepreneurs are not trying to “capture a market” or “dig a moat”. They make their ideas as simple and understandable and safe as possible, precisely so that thousands of people across different communities can seize the idea and become local change-makers.  Q. You said in one of your interviews that ‘if you want true equality, empower teenagers to change’. How do you see that happening?
Young people, like the rest of us, love to be able to contribute, to be powerful. However, almost everywhere, the youth culture is not one of change-making. Many, many young people today are disempowered. It will take a very exceptional young person to swim against the youth culture and the adult barriers, to be a change-maker. For that small minority, having an entrepreneurial experience in their teens is a gigantic advantage in life. Great entrepreneurs (business and social) typically started out in their teens. An Ashoka analysis of LinkedIn one and a half years ago, showed that those individuals who had started something in their teens were at least four times more likely to be C-level leaders than the other professionals on the platform who hadn’t. Moreover, they were at least five times as likely to be entrepreneurs.  It is now important for everyone to master these abilities. Those who don’t, will be unable to contribute and condemned to live on the wrong side of ‘the new inequality’. If we can change this picture to ensure that every young person has these experiences, we will be meeting our obligations to them and building successful societies. There are 1,300 Ashoka Fellows (roughly one-third of the total fellows) who focus primarily on kids. About 90 to 95 percent of them put the kids in charge. Most of them are disadvantaged kids from all over the world, and it works. Math and language scores shoot up and bullying rates shoot down. This work gives us extensive insight into what it’s like when a school or youth program gets an “everyone a change-maker” culture. The old model of giving people a skill which they would repeat for life does not work in this new world. The key measure for success for any school or society is: What proportion of your young people know that they are change-makers?  Q. You once remarked that education reform had largely missed the boat. Can you please elaborate?
Roughly 150 years ago, the world had reached a point where it needed everyone to be literate. Therefore, we quickly produced mass education on the model of the industrial revolution. It was focused on transferring information. That’s why so many schools, especially high schools, look like factories. That was the idea. However, the rapidly changing world now needs a new model that can apply to everyone. Today, anyone who’s not a change-maker, will be out of the game. If you are a great baseball player and the game is changed to cricket, you can’t play. That’s what’s happening now. We still have this sadly destructive idea that we’re going to solve the youth unemployment problem by giving young people a skill.  Q. In which aspect does India needs to change the most?
If India moves quickly to become embrace the ‘everyone a change-maker’ society, it will seize world leadership. If it falls behind, it will be in deep trouble. This is a revolution of the human spirit and potential and capital. If India gets ahead of this change, it will lead the world in climate change and technology and health and all the other specific issues of today and those that will come up in the future. Leading social entrepreneurs are central to India (or any country) succeeding.

Ashoka and the field of social entrepreneurship started in India. South Asia, with 1.7 billion highly talented people, is by far the world’s biggest region. It is also a culture that respects the individual and works together across an exuberant diversity that can only be challenged, perhaps, by my native New York City. Ashoka hopes to help India and South Asia jump to the next level. Our Fellows are the best focus group across the world to see the future. Entrepreneurs will not commit their life to a change unless they intuit where the world is going to be in 15 or 20 years. That’s why the patterns in their work give us a very accurate forecast of what the world will need.  Q. Do you think that social entrepreneurs can be governments' best friends?
Great social entrepreneurs are very much a government’s “best friends”, even if they often make the government uncomfortable. Nearly 50 percent Ashoka Fellows have changed government policy within five years of their launch. We need great entrepreneurship in human rights and health, every bit as much as in technology and steel and hotels. After the social sector fell centuries behind business, it is now largely caught up in entrepreneurship and competition, and therefore sophistication, scale, and competitiveness. As humanity comes closer and closer together in a one brain-like new reality, both sectors must serve the good of all, and learn from one another to ensure the spread of technology-led benefits and protecting against its ills, and attacking many great challenges and opportunities together. Government is the last major section that is still pre-modern. The entrepreneurial and competitive revolution affect it profoundly, but structurally it remains hierarchical, rules- and punishment-based, and stove-piped. Helping government escape this trap is a major challenge for both the business and citizen sectors.  Q. What is a more pressing global concern: environment or poverty?
How can one divide poverty and the environment? Each feeds the other – positively and negatively. What is the chief cause of forced migration and the growing number of refugees in the world? It is the withering and failure of environments. The same is true in reverse. I have talked with people in parts of Rajasthan who are carrying headloads of wood into a nearby town to get a small amount of grain. They are perfectly conscious that they are destroying their environment in the future, but what choice do they have?