The film's essence is true, but sexism wasn't so bad: Gunjan Saxena

The first female Indian Air Force officer to serve in the war zone, Saxena speaks to Forbes India about her experience in Kargil, and how true the film is to her real life 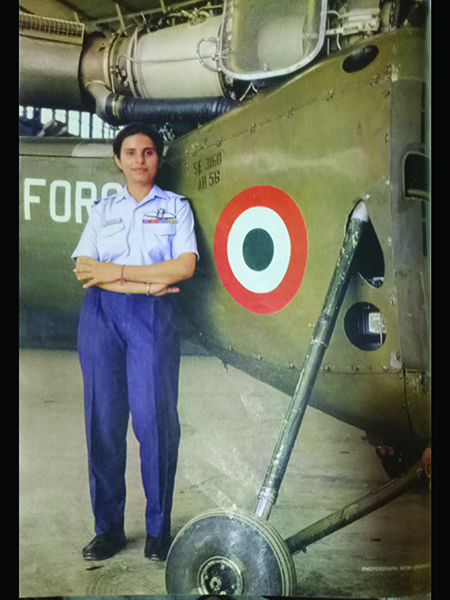 Gunjan Saxena, after returning from the Kargil War

Popularly known as ‘The Kargil Girl’ after being the subject of a major motion picture, Gunjan Saxena is the first female Indian Air Force (IAF) officer to serve in the war zone. The film, which released on August 12 and stars Jahnvi Kapoor, has come under some fire from critics for dramatising sexism in the air force, and discrediting some of its progress. On the heels of the film, Saxena now also has an autobiography released, co-authored by Kirandeep Singh and Nirvan Singh. "It was a wonderful experience with immense learning value. It did not feel like we were collecting data to write about her life, it was as if a senior officer was counselling us about ethics and moral values," says Nirvan. Saxena talks to Forbes India about her experiences during Kargil and whether the film story stayed true to her life. Edited excerpts: Q. Can you recall your earliest memory when you decided you wanted to become a pilot? I was about six or seven years old when we were travelling back home for vacations, from Guwahati to Delhi in an Indian Airlines flight, since my father was posted at Tezpur at the time. The captain was my father's distant cousin. He knew that my brother and I were on that flight, and sent the air hostess to ask us if we wanted to have a look at the cockpit. The cockpit was a step lower than the aisle, and I was so focussed on looking at the open blue sky through the big windscreen, I missed a step. That image got fixed in my mind. It was just that one visit to that cockpit... and I knew I wanted to be a pilot. It was then a single-track focus, something I never doubted. My parents would say there are a lot of variables in making it, but somehow, I never made a Plan B. 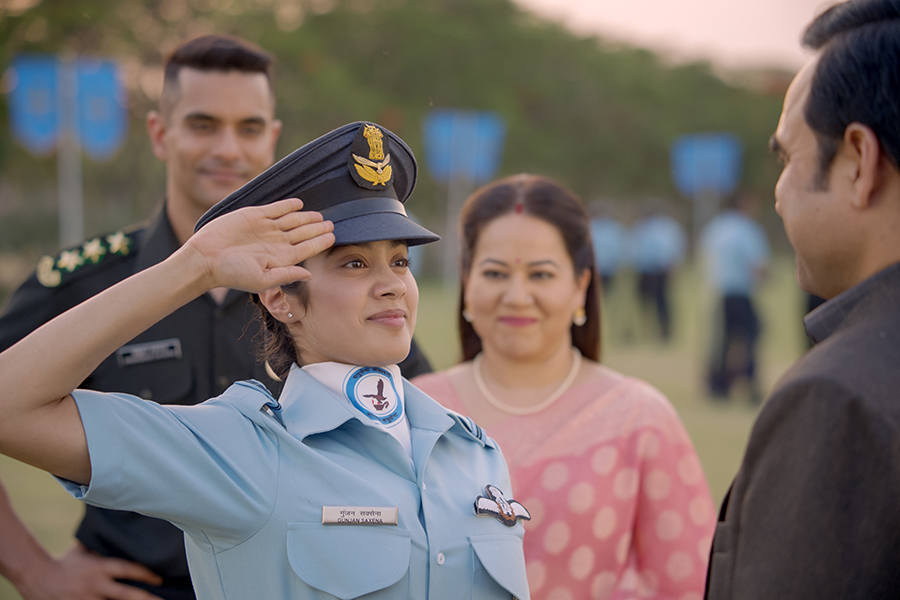 A still from the film, Gunjan Saxena: The Kargil Girl Q. When Dharma Productions reached out to you about making a biopic, what was your reaction? A. This had never crossed my mind. When Sharan [Sharma, director] first called me, I never believed it. I thought it was some friend trying to pull a fast one on me. I expected someone to call back saying it was a prank—no one ever did. After a few days, he called back asking if I had thought about it. That's when I realised this is serious. Q. How similar is the film to your story? If you see the essence of the story, it is the same. But yes, it is a dramatised version. I can't claim that everything that happened in the movie is true; but I can't say that it is not based on my story either. It’s 20 years of my life, folded into 2 hours. Since it was a commercial movie, the entertainment factor had to be there too. It was up to them to decide, which parts of my life would work best for them. Q. To what extent were you aware of the gender disparity you were up against in the aviation sector? What sort of inequalities did you face during training, and later at the Udhampur Air Force Station? I knew aviation would be a man's world, but didn't give it too much thought. I just wanted to fly. What I experienced wasn't bad. As far as the training was concerned, when I reached there [Air Force academy], they had seen women trainees for a couple of years. In the flight training, we were the first lady cadets for some instructors. But they made it clear to us from the start that male or a female does not make a difference, because the aircraft will not know whether a male pilot is flying or female. We were trained equally well as our male counterparts. The Udhampur Air Force Station had not seen any female officers until I was posted there, but I had a female course-mate along with me. It was a big change for them—including for airmen and technicians. It took some time for them to get comfortable with the idea. However, I don't think it stopped us from doing our duty, or getting trained in the operational role. Of course, there were some individuals who were able to take to the change much faster than others. It took time for my seniors to understand that the potential is there and at par with their male counterparts. This was more like an apprehension, which I think was quite natural, as the stakes involved are extremely high. It took a little longer for them to believe we were competent enough, but after that, it was fine. Q. On the bad days, what did you keep telling yourself? I just had to reassure myself with the belief that the organisation is not against me, I am not here to prove anything to anyone else, I am just here to do my job well. And, if I keep doing my job well, the acceptance will come and the opportunities will be given to me. I think this belief within me was very strong, which is what helped me get over situations where I felt low. I never second-guessed my decision once I had joined the air force. Q. It helped to have a female batch-mate, unlike in the movie… Yes, it helped. We were course-mates, we shared a bond and understood each other well. Obviously, there are rough phases for everyone, so that kind of emotional support made it more comfortable. But at the same time, it's not that if I was alone or she was alone, we couldn't have managed. Q. I believe the Indian Air force has denied the sexism depicted in the movie, what is your take on that? The film is an exaggerated version of what my experiences were truly like. How much liberty they have taken and in which way, I don't think I can go into explaining it scene by scene. But in a broader sense, it is not how things were—it was never in such extremes, the things that were said. So maybe just in that short span to convey the message, they have done it. But it was not like that, not to the extent of what was shown in the movie. Q. What was your state of mind when you found out that you had to go to the Kargil War? The first emotion I recall feeling was happiness. Even though I wasn't very well-aware of the situation at that time, because I was very young and junior in service, I did understand was that this is an opportunity not many people are going to get. I looked at it as a huge and positive step that my flight commander and commanding officer had taken at that time. Q. When you finally reached there what was the scenario? It wasn’t very different because from Udhampur we would keep flying to that area of Srinagar and Kargil valley, during peace times, so I was familiar with the terrain. But yes, what was different was that when I reached there this time, there was so much happening at the base. It was a totally different scene or environment from what I was used to, even though the place was the same.

Q. Post Kargil, how did life change for you? I felt a sense of achievement. Everyone around me was also happy, seeing that I could be a part of rescue operations; it was just happiness and pride to have served the nation. And in terms of the change yes, I got a lot of recognition. I felt gratitude towards the service and my seniors that I could be a part of these operations. Q. Post Kargil for how long did you continue to serve in the Indian Air Force? I left in July 2004, about five years after Kargil. It was a personal decision and a difficult one. I knew I wouldn't be flying and I would miss it. But I'm happy about whatever time I could serve in the air force, and that I could utilise all the opportunities that came my way. Q. Do you miss flying now? There is no doubt about that. It’s again just that scene that is in my mind.. the open blue skies and me sitting in the cockpit with the view outside. It is something I still dream about and it is going to stay with me for the rest of my life. Q. Have things changed for women in the air force? The number of women who have been joining the air force after I left has been rising. I don’t deserve the credit for this—this is just my story, and a lot of women officers beyond the flying branch, from ground duties as well, have been doing their job well. That is one reason the whole system has been able to accept them. The Indian Air Force as an organisation has also been positive about this change. They have tried to change their set up and policies to accommodate women officers. It is a positive and progressive trend and I'm extremely happy to see women pilots in the fighter stream as well. They hold some key appointments in the IAF, which just goes to show how much the organisation has changed. Q. Your advice to young girls who have big dreams and not the most supportive families? I would like to tell them that no matter what the circumstances around you, you have to be very clear and strong in your own belief and in your own self. Don’t let self-doubt get the better of you. If you do not having supportive families, instead of just going rebellious, a better approach would be to try and make them understand, because it is always better if you have their support. If that is not happening despite your efforts, you need to be even stronger. What helped me is sincerity and hard-work, and this will be true for most people—there is no shortcut to success.

Tweets by @forbesindia
We need to make giving aspirational for India's billionaires: Amit Chandra
Brands can and should lead consumers towards sustainability