The next bank merger: A dampener already?

Questions are already afoot on the recently announced three-bank merger; experts' fear that focus for Bank of Baroda could shift from tackling NPAs to integration of the banks 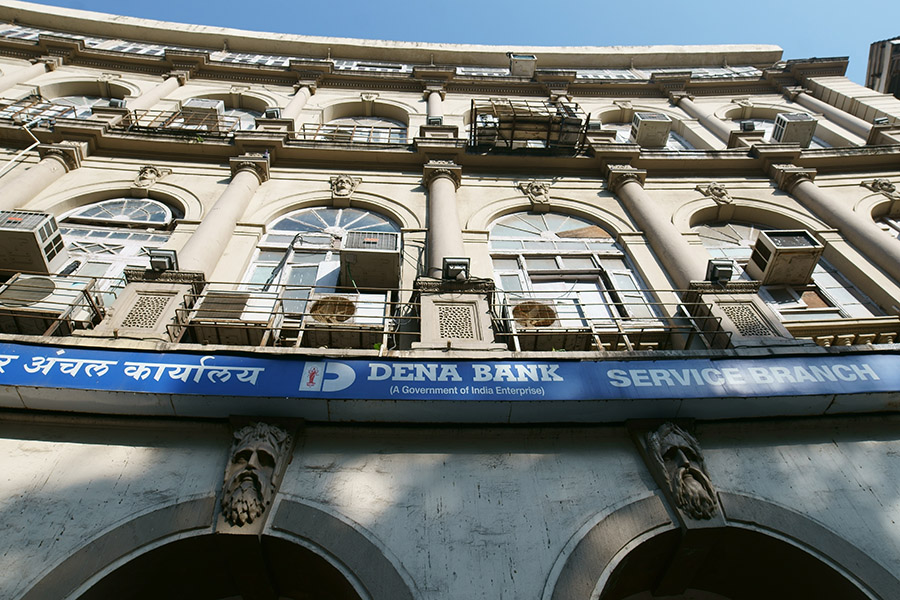 The government has thrown in a fresh challenge for some of India’s biggest banks. The recent announcement pertains to a proposal for three state-owned banks – Bank of Baroda, Dena Bank and Vijaya Bank – to be amalgamated. The proposal is a part of a broader move to consolidate the banking system and reduce pressure on the national exchequer.

The boards of the three banks will now consider this proposal. If given the go-ahead, it could create India’s third largest bank (by size of book of Rs 14.82 lakh crore), after the State Bank of India and private HDFC Bank.

But the history of recent mergers does not make for good reading. Experts Forbes India spoke to are skeptical about how the amalgamation will play out for all the three banks. Merging weaker companies – in this case Dena Bank – with stronger ones has always been an ill-advised move and a plan which has not been thought through fully.

Already the State Bank of India, which merged five of its associates and Bharatiya Mahila Bank (BMB), with itself last year, has been struggling with losses for the last three successive quarters (Q1FY19 loss was Rs 4,875 crore). Higher provisioning and a rise in operating expenses due to wage revisions and a rise in gratuity limits have been weighing on its books.

The other deal which has got the government nod is LIC’s investment into NPA-hit IDBI Bank. The LIC board, in September, approved increasing its stake in IDBI Bank to 51 percent – at an estimated cost of Rs 13,000 crore -- from the current 10.82 percent, while the government holds 80.96 percent in the bank.

“In theory, the government’s proposed merger move may sound positive, on the claim of achieving size and economies of scale. But in reality, it might be negative for Bank of Baroda and Vijaya Bank shareholders, due to the weak asset quality of Dena Bank and staff-related concerns,” says Hemindra Hazari, independent banking analyst who publishes his writings on Singapore-based research platform Smartkarma.

Hazari also questioned how costs would be more effectively managed, if there was no reduction in jobs, through this amalgamation. The government, while announcing the proposed move, said that jobs and the brands would stand protected.

Another issue of concern which the senior management at Bank of Baroda could face, is that the focus will shift from tackling (non-performing assets) NPAs to integration of the banks.

“It has been just three years when PS Jayakumar, the only private sector banker moving in into managing PSU banks after the announcement of another mega reform scheme Indradhanush, began changing the face of BoB. Burdening him with tackling problem banks, especially Dena Bank, can shift management focus away from BoB’s complete resurrection,” says Dhananjay Sinha, head of research, economist and strategist at Emkay Global Financial Services.

Bank of Baroda (BoB), India’s second largest state-run bank, has a net NPA level of 5.4 percent in Q1FY19, Dena Bank 11.04 percent, and Vijaya Bank 4.10 percent. The amalgamated entity, whose branding will be retained, is expected to have a combined net NPA of 5.7 percent.

While speaking to media on Monday (September 17), in New Delhi, Rajiv Kumar, secretary, Department of Financial Services, said the new entity will be positioned for substantial rise in customer base, market reach, operational efficiency and wider bouquet of products and services for customers.
“While mergers [of banks in India] are long awaited imperative, I think the plan lacks solidity unless there is a serious quantification of capital impairment,” says Sinha from Emkay.

But if the proposal goes through, there is still no clarity on the government’s planned commitment of further capital infusion in these three banks. The government had infused Rs 9,502 crore into Bank of Baroda in FY18, Rs 1,277 crore into Vijaya Bank and Rs 3,045 crore into Dena Bank.

“Dena Bank is the weakest amongst the three, which is under prompt corrective action as its GNPA stands at 22 percent. The question is whether merging this weak bank, which contributes 20 percent of consolidated business, is means to use capital of somewhat better managed banks,” asks Emkay’s Sinha.

Former banker Arundhati Bhattacharya, who headed SBI during its merger had explained the problems relating to mergers. “If you have to do a merger, it has to be quite deliberate. There has to be positive synergies and it has to be meticulously planned. For instance, we did 62 mock runs before we actually did the IT integration.”

“The entire organisation changes and the DNA of the organisation needs to be explained to the new people who are coming in. Issues of new ways of doing things, products, processes, are all new challenges,” she had told Forbes India, in August last year.

According to Darpin Shah from HDFC Securities, “The move is positive for Dena Bank (and other smaller/weaker PSBs), while negative for BoB and Vijaya Bank (incl. relatively better/strong banks like Indian Bank).

One should not forget that another previous deal, where ING Vysya Bank got merged into Kotak Mahindra Bank in 2015, took nearly eight months to be completed, which started with business processes, then the technology platforms and distribution.

Tweets by @forbesindia
ByteDance to the music
Extreme poverty has gone down: Bill Gates