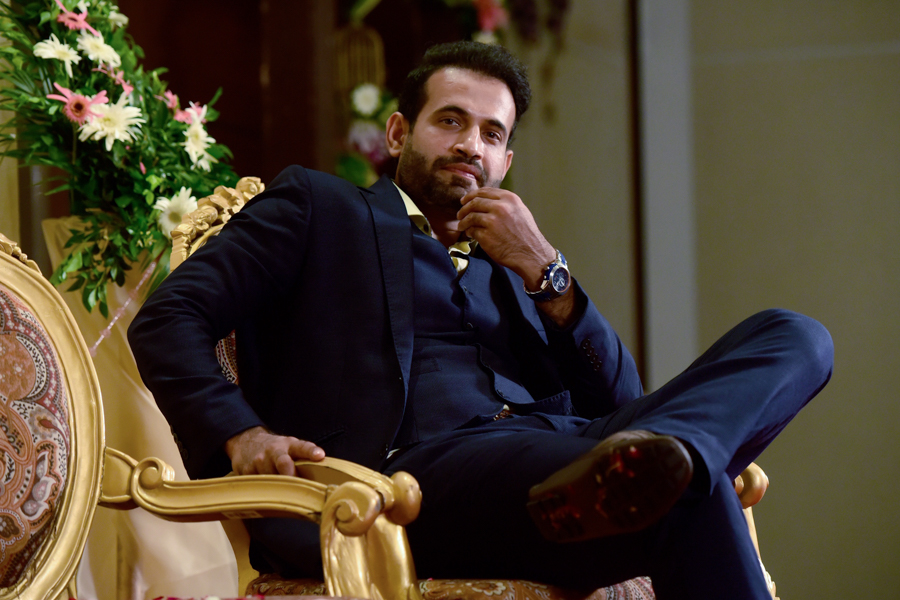 One of the defining aspects of Irfan Pathan’s cricketing career is his hat-trick against Pakistan during the third Test of India’s tour to the neighbouring country in 2006. In his very first over, Pathan, then barely 20, had rattled the much-vaunted Pakistani batting line-up, making him one among only three Indian bowlers till date to have a Test hat-trick.

Early this year, Pathan, also a coach and mentor with the Jammu and Kashmir team, announced his retirement from the game, but he still manages to ruffle a few feathers: Not of batsmen, but of trolls on social media who come at him hard for taking a stand. Outspoken and forthright on Twitter, he has been vocal on issues like the student arrests at Delhi’s Jamia Millia Islamia University to discrimination, and even the Thoothukudi police custodial deaths.

In an interview with Forbes India, the former all-rounder discusses what makes him speak out and his thoughts on how young cricketers can navigate the difficult times. Edited excerpts:


Q. You’re suddenly in the limelight for being vocal on social issues. When you started speaking out, were you conscious it would create a stir?
When I spoke out for the first time, I didn’t know this is how it’s going to be. When I first posted about the Jamia arrests, people started calling me names. I was quite surprised but that also convinced me that I should keep talking about it because people are scared to bring up the issue for fear of being seen in a negative light. But I am not saying anything divisive. In all my interviews and tweets, I only talk about awareness and unity. There is not a single tweet about hate. I will stand up for the unity of our country and protect its beautiful diversity. And I don’t talk about only one faith; I speak about all faiths, about humanity. I am aware most of the trolls are probably fake profiles. But why should they even exist? Why isn’t there a law to punish them? Social media has become an integral part of us and no one, including those on social media, should be allowed to disturb the peace in our country.

I do think about how I get trolled, but that doesn’t bother me at all about speaking out. If I believe in something, I shall speak about it in future as well. I work closely with police officers on various initiatives, but when I felt strongly about the custodial deaths in Thoothukudi, I did speak out.

Q. Trolling on social media, particularly Twitter, can be vicious. How do you deal with it?
I’ve always lived under pressure. When you play for India, every move of yours is under scrutiny. Ever since I played for Baroda, since I was 15, and then eventually for the national team. I’ve been scrutinised and criticised. So to answer your question, it doesn’t bother me. But sometimes I do feel bad when people use harsh words. From where I come, my father used to work 14 hours a day to earn Rs 3,500—he used to work in a mosque, in a factory, he’s driven a rickshaw as well to earn honest money. We’ve lived with all honesty, and played for the country with all honesty. When people call me names just to get under my skin for views that I put across honestly, I wonder what intentions they have. But it doesn’t stay on my mind for long. And there are many people who support me openly, and I am grateful for that.

Q, You've twice turned down offers by political parties to contest in elections. Now that you've retired from the sport, would you reconsider your decision?
Irfan Pathan is known for his cricket and I love being associated with the game—I do commentary and I work for J&K cricket as well. Right now, I have no intention to leave that and join politics. It’s not the right time for me. But the day I decide to join politics, I will go there only for work. Else, I won’t.

Q. Because of Covid-19, some feel it’s too early to resume sports, especially IPL, in India, while some others want to get on with it, considering the huge loss of businesses, not only for big companies but for those associated at the grassroots. You yourself have helped out Chennai Super Kings’ official cobbler with Rs 25,000 to cover his losses. What is your take on resumption of sports?
With the England-West Indies Test match from July 8, it should mark the turnaround for the resumption of sports, especially cricket. Slowly the world is learning to manage Covid-19 and live through it. If any government thinks it’s the right time for them to start sports in their country, there is nothing wrong in it. I hear people say everyone’s talking about IPL because it’s big money. Why not? Why are you talking about small businesses then? Any business is business, big or small. When you look at the IPL, it gives livelihood opportunities to hundreds of people. If all the right measures are taken and if it doesn’t harm anyone, it should be held.

Q. These are tough times for rising cricketers. What is your advice for them?
Abdul Samad, a guy from J&K, got selected to play for Sunrisers Hyderabad this year. And his IPL debut got postponed. I’ve been trying to keep in touch with him, and am asking him to keep the drills going at home. People think you can do weight training and muscle building only at the gym. That’s not true. I have maintained my muscle mass during these months just by doing weight exercises at home.

At the same time, even if you don’t have space at home, do shadow practices by mimicking your batting or bowling action. If you are a bowler, you must mimic your follow-through as well. Plus, visualise match situations every day, even if for 10 minutes. This period will be over and you will get back on the field. And when you do, you will be ready both physically and mentally.

Q. How have you been holding up in these times?
I’ve been trying to keep myself busy as much as possible. At this time, a lot of people have problems because there is nothing to do. I’ve been doing some work for Star Sports, but that is once a week or 10 days and only for a couple of hours, and we have to work from home. I am trying to follow my fitness training routine for four to five days a week, while also giving myself an off day once a week; it helps me mimic my routine pre-Covid-19. I have four kids at home—mine, my brother’s and cousin’s. With them around, life becomes easier. You need their playfulness to survive these times. Else, it can get really depressing.

I am also getting to spend a lot of time with my parents, which I hadn’t done for a long time since I had to travel constantly. I get to have regular meals with them, sit down for a chat. My father is a big fan of old movies—even from the 1940s and ‘50s. I have to regularly download different apps that have those movies. Every day, my father and I have a conversation on ‘aaj kaun si movie hai [which movie is it today]?’

Tweets by @forbes_india
Inside the $2.5 trillion debt binge that took titans from blue chips to near junk
EXPLAINER: What to do if coronavirus is airborne? 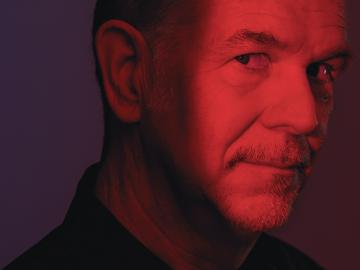 Can trust be the new currency for iD Fresh Food?

Could the government spend more during the lockdown?

The Anti-Facebook: Facebook co-founder's slow-burn startup finally has its moment

Why you shouldn't worry about studies showing waning Coronavirus antibodies

How 'filthy' is India's air? Take a look