Trump's attacks on TikTok and WeChat could further fracture the internet

The president's restrictions on Chinese tech may be part of an eye-for-an-eye logic called reciprocity. The price could be a global patchwork of online fiefs 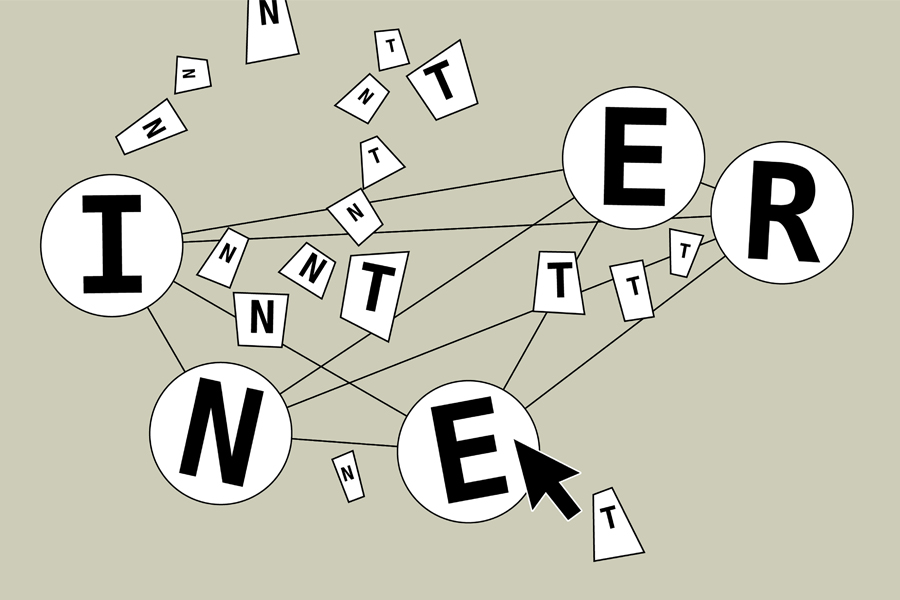 The president’s restrictions on Chinese tech may be part of an eye-for-an-eye logic called reciprocity. The price could be a global patchwork of online fiefs. (Dae In Chung via The New York Times)

China and the United States once acted like opposites when it came to governing the internet.

Beijing imposed a heavy state hand. It blocked major foreign websites, sheltered Chinese tech firms as they developed alternatives to Western rivals and kept a tight grip on what people said online. The United States stood for a global openness that helped a generation of internet Goliaths dominate worldwide.

But when President Donald Trump issued executive orders that could lead to a U.S. ban next month on two of the world’s most popular Chinese-made apps, TikTok and WeChat, the White House signaled a new willingness to adopt Beijing’s exclusionary tactics. Trump went further Friday, ordering ByteDance, the Chinese owner of TikTok, to give up its U.S. assets and any data that TikTok had gathered in the United States.

Together, the moves herald a new, more invasive U.S. philosophy of tech regulation, one that hews closer to China’s protectionist one, though without the aims of censoring content and controlling the populace. The shift could hurt American internet giants like Facebook and Google, which have greatly benefited from the borderless digital terroir outside China, as well as Chinese internet giants like Tencent and Alibaba, which have tried to expand into the West.

If more countries follow Trump by basing digital controls on diplomatic allegiances, protectionist aims or new concerns about the security of their citizens, the internet could become more of a patchwork of fiefs as varied as the visa policies that fragment world travel.

“A wholesale ban will undoubtedly trigger retaliation and may contribute to the type of fracturing of the internet that we have witnessed in recent years, and which authoritarian governments favor,” said Ron Deibert, director of the Citizen Lab research group at the University of Toronto’s Munk School of Global Affairs and Public Policy.

China and the United States have different starting points when it comes to governing high-tech industries. The Communist Party has no tolerance for its citizens speaking out against it online or organizing outside its sphere of control. It has also made no secret of its ambitions to cultivate Chinese companies’ expertise in advanced technologies, which foreign competitors say sometimes leads authorities to give local firms unfair advantages.

The White House orders on TikTok and WeChat, expected to take effect Sept. 20, were framed as measures to defend American citizens against the threat of data gathering by Beijing. They also appear to stem from the idea that China should be punished in kind for violating democratic norms. This principle of reciprocity has guided the Trump administration’s recent confrontations with Beijing over trade, industrial policy and the news media.

Yet when applied to internet governance, reciprocity could carry a heavy price for the United States. While few countries have fully embraced China’s walled-garden approach to cyberspace, many governments are uneasy with the dominance of American giants like Facebook, Google and Amazon within their borders, and are considering new taxes and restrictions on their operations.

As the Trump administration cracks down on TikTok and WeChat, other nations may start to see their dependence on U.S. technology providers in a different light.

Already, Vietnam and Turkey have tightened control over American social media. Across much of the developing world, Chinese software and social media companies have a good shot at beating out Western ones, Deibert said. China has worked for years to expand its influence in Africa, Latin America and the Middle East, and Chinese smartphone and telecom equipment makers have already won footholds there by focusing on providing the lowest-cost gear.

A White House spokesman, Judd Deere, said in a statement that the administration was “committed to protecting the American people from all cyber-related threats to critical infrastructure, public health and safety, and our economic and national security.”

Wang did not address China’s own restrictions on American websites, saying only that other countries might begin using national security as an excuse to act against U.S. companies. “The United States must not open Pandora’s box, or it will suffer the consequences,” he said.

China’s digital cleaving dates to the late 1990s, when it began constructing the Great Firewall, a sophisticated set of internet controls. Viewing the internet inside China as an issue of national sovereignty, Beijing heavily censored online content and over time blocked Google searches, social media like Facebook and Twitter, and news sites including The New York Times.

Behind that wall, Chinese internet companies like Alibaba, Baidu and Tencent, the maker of WeChat, thrived on a huge captive market. But China also tried to play it both ways as these companies began expanding into regions such as Southeast Asia and Europe.

While American politicians denounced Chinese censorship, they took little action to penalize China for its bans. Previous presidents — Democrats and Republican alike — argued that the United States was so big and powerful that it could afford to lead by example as it tried to spread principles of openness and democracy.

Over the years, China’s economic growth and keener security threats eroded that confidence. Enter Trump, who has ushered in a new era of score keeping and tit-for-tat action.

In a May 29 speech in the Rose Garden, Trump criticized China for stealing American intellectual property, violating its commitments to the World Trade Organization and raiding U.S. factories. But he said he “never solely blamed China” for those actions.

“They were able to get away with a theft like no one was able to get away with before because of past politicians and, frankly, past presidents,” he said. “But unlike those who came before, my administration negotiated and fought for what was right. It’s called fair and reciprocal treatment.”

Trump has seen the appeal of Chinese-style policies in other areas as well. He praised China’s leader, Xi Jinping, for extending his own term limits. He curtailed access for Chinese journalists and researchers in the United States, mirroring Beijing’s media restrictions. Trump’s advisers and others in Congress have also pointed to Chinese industrial policies as evidence that the United States should put more funding toward its high-tech sectors.

Matt Perault, a professor at Duke University’s Center on Science and Technology Policy, said it was “disturbing to see the United States engage in a trade war that uses China’s practices.” Before, he said, U.S. policy aimed to provide the world with an alternative model to China.

He added that Chinese companies operating in the United States were now being forced to adopt strategies similar to those that American companies had long taken in China to reduce regulatory risk. The moves include divesting assets, limiting themselves to minority stakes in new investments and adjusting where they store customer data.

Elsewhere, the Trump administration is still pushing for a more open internet and fighting for the interests of its tech giants by opposing other countries’ efforts to regulate their digital economies.

This includes an offensive against new or proposed digital services taxes in countries including France, Britain, Italy and India, which would fall heavily on Google and Amazon. The administration has also objected to European efforts to address privacy concerns by blocking the flow of consumer data to the United States.

In its executive orders restricting WeChat and TikTok, the White House pointed to a recent move by India to ban the two apps. To some in Washington, that seemed like a bizarre rationale, given how vociferously the United States has criticized India’s use of protectionist policies in other areas.

Clete Willems, a partner at Akin Gump and a former trade official in the Trump administration, said the executive orders were motivated by national security concerns, not by reciprocity.

“A lot of people have asked: ‘Should China be angry? Twitter is already banned. Google is already banned. How angry can China be?’ But we’re not just copying their playbook,” Willems said. “The administration is trying to respond to what it sees as a legitimate national security threat.”

Others said out-and-out bans, if not coupled with more meaningful regulation, might prove self-defeating.

“There’s a strong argument to be made that the Great Firewall of China was the first salvo in this battle,” said Samm Sacks, a fellow at the New America think tank. “My response to that is: Is mirroring the Chinese government’s approach the right way? Is that even going to make us more secure?”

Tweets by @forbes_india
51.5% of people in Pune's affected areas have antibodies: Survey
Dream11's journey to the big league