WeWork is going public. Are its numbers too private?

The world's hottest real estate company released the paperwork for its IPO, but it lacked insight into its operations—by not disclosing certain information, WeWork is taking a risk 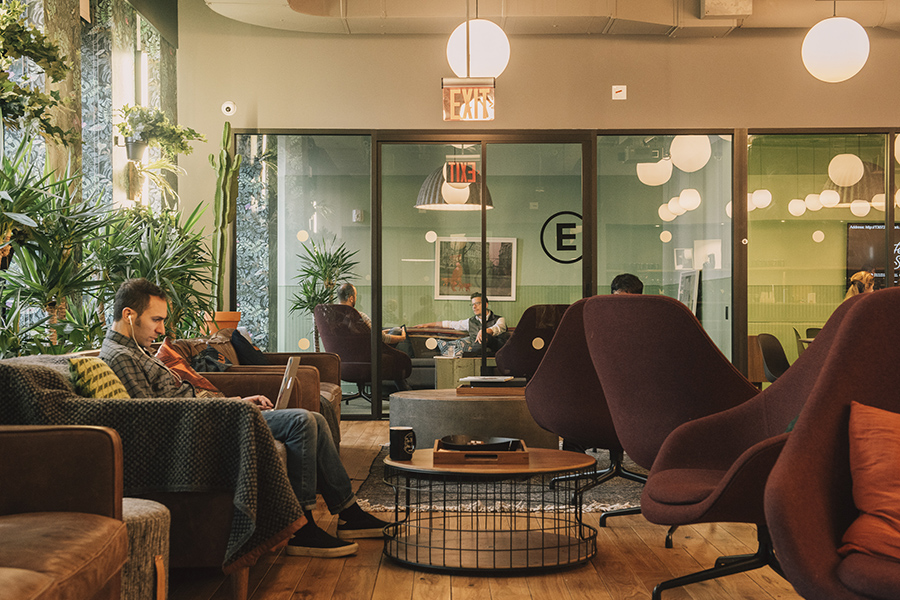 A WeWork space at 85 Broad Street in Manhattan, Jan 22, 2018. As the fast-growing purveyor of shared work space prepares for an IPO, its filings lack some important insights. (Cole Wilson/The New York Times)

There’s a lot that the world’s hottest real estate company isn’t telling us as it prepares for its stock market debut.

When WeWork released the paperwork this month for its initial public offering, investors finally had a chance to see how the company might be performing.

WeWork is spending billions of dollars upfront to build out its empire of coworking spaces, so it was no surprise that the filing showed both strong growth and big losses. But the document lacked certain insights into its operations, like the numbers needed to evaluate how its specific locations are performing.

By not disclosing certain information, WeWork is taking something of a risk. To succeed on public markets, companies need to provide enough detail to make investors feel informed. As a result, the omission of potentially crucial data may weigh on WeWork’s efforts to pitch its IPO. The company is hoping to raise $3 billion to $4 billion in the offering, and is planning for it to take place in mid- or late September, according to a person briefed on the deal.

Jamie Hodari, chief executive of Industrious, a privately owned rival to WeWork, said the IPO filing did a good job of describing WeWork’s strategy and provided relatively thorough parent-level financial numbers. “But it doesn’t quite have the requisite information for a reader to understand how the business is actually doing on the ground,” he said.

And investors may have concerns beyond disclosure. Critics have taken aim at WeWork’s corporate governance. Adam Neumann, the chief executive, has majority voting power, according to the IPO filing, and his wife, Rebekah Neumann, would have considerable influence over the choice of a new chief should he die or become permanently disabled.

Jimmy Asci, a WeWork spokesman, declined to comment, citing a quiet period before the IPO.

How WeWork Works
WeWork takes leases on commercial real estate and converts it into Instagram-friendly spaces that it rents to individuals and businesses of varying sizes. The approach has proved popular, in large part because it offers customers shorter renting periods — and thus more flexibility — than a traditional office lease.

And the market for the sort of flexible office space that WeWork and others offer is expected to grow significantly, barring a sharp economic slowdown.

In the United States, flexible office space makes up just under 2% of leased office space, according to CBRE, a company that provides commercial real estate services. But CBRE analysts estimate that flexible space could account for 10% of leased space in top office buildings, nationally, by 2028.

With the backing of billions of dollars from SoftBank’s Vision Fund, WeWork is spending huge sums in the hope that such demand materializes and that it will dominate the market. Its growth has made it the largest private tenant in Manhattan office space, according to data from Cushman & Wakefield, a real estate services company.

What Could Go Wrong
WeWork could find itself in a financial squeeze if it can’t find enough customers to fill its spaces. First, it has to make back the enormous sums it spends on sprucing up the spaces it leases from landlords. In the first six months of this year, WeWork had revenue of $1.54 billion but an operating loss of $1.37 billion, twice the loss in the comparable period in 2018.

Fitch Ratings slashed WeWork’s credit rating this month in part because higher expenses may postpone the company’s transition to producing cash rather than consuming it. “We still see the viability of the business model, but this does open it up to greater risk,” said Kevin McNeil, the Fitch analyst covering WeWork.

Perhaps the biggest danger hanging over WeWork is the big difference between the average length of the leases it enters into (roughly 15 years in the United States) and the time its customers typically agree to use the space (less than two years). The mismatch may not matter in good times, but in a recession — or in the face of increased competition — a significant number of customers could leave when their agreements expire, depriving WeWork of revenue it may need for its lease payments. The company’s ability to weather such a storm depends in part on how well its locations are doing right now.

Why Location Data Is Crucial
Confronted with WeWork’s fast growth, big losses and huge demand for capital, and knowing how real estate markets regularly swing from boom to bust, investors may want a stronger sense of how its locations are doing, in particular its older ones. These spaces should be the best performing because they have had time to fill up, optimize their operations and cover their costs.

A publicly traded rival, International Workplace Group, which has operations around the world, discloses how much its more established locations are making after subtracting costs specific to the location. It also breaks out figures for newer locations, as well as locations in different regions of the world. WeWork discloses location-level profit only in aggregate.

Profits at older locations are a crucial data point that landlords want to see, said John Arenas, chief executive of Serendipity Labs, a privately owned WeWork competitor. “We live and die by that,” he said.

What Else Is Missing
One criticism of coworking spaces is that they can be overcrowded, making it hard to find private rooms and straining amenities like bathrooms. Putting more people in a space is one way in which flexible-space companies can try to bolster their profits. But clients may tire of long waits for the elevator and other inconveniences and choose a traditional lease.

Investors could assess whether overcrowding might be an issue at WeWork if the company disclosed an average number of occupants per square foot, but such a metric is not in its IPO document.

And while WeWork provides discounts to some customers, there is no detail on the extent of the practice — whether, for example, it is giving big discounts to large companies to get them to stay longer. Offering sweet terms to large customers could increase occupancy, but the discounts could erode profit margins.

How Another Model Might Work
Taking a huge number of leases on commercial office space is not the only model for flexible-space operators like WeWork. The other way is to form partnerships with landlords, who would bear a significant share of the build-out costs while the flexible-space operator received a fee for running the space.

While such arrangements give far less revenue to the flexible-space company, they don’t load the company with big lease obligations that can become overwhelming in a downturn. The IPO filing says WeWork has some locations operating in this way, but it does not say how many.

Industrious uses this approach, which its chief executive, Hodari, expects will become the norm.

“People will look back at companies amassing billions and billions of dollars of leases as a historical quirk,” he said, “And when we’re outside of the Silicon Valley, growth-at-all-costs moment, I think you’ll see the industry broadly moving over.”