What happens if lenders can't resolve DHFL issue by December? Recognition of NPA

Lenders are seeking to acquire 61 percent stake in DHFL by conversion of debt, price to be decided under ICDR regulations 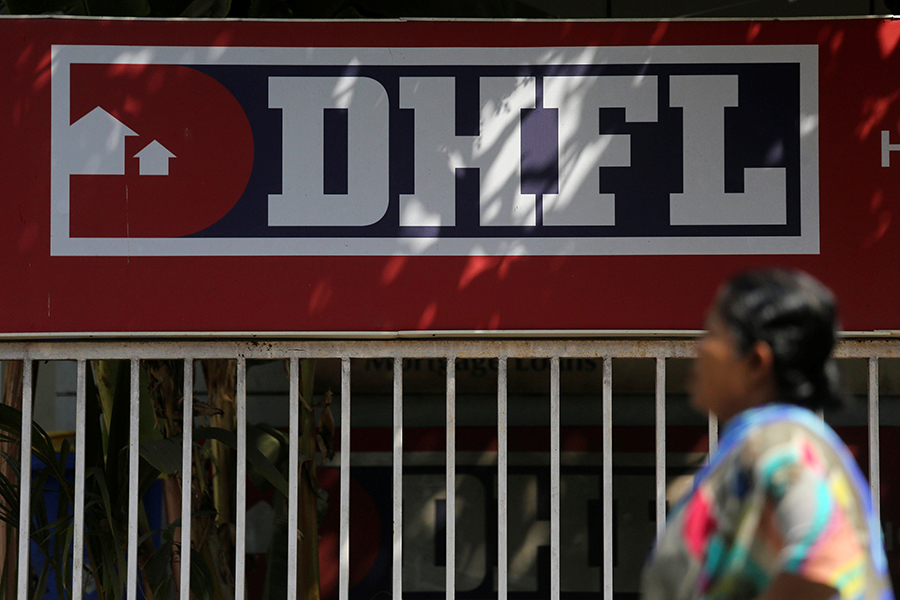 It wasn’t business as usual on Wednesday, October 16, when the steering committee of DHFL lenders met to discuss the new proposed debt resolution structure. Apart from bank lenders, present at the meeting were a slew of consultants—advising lenders and the company alike—and three law firms.

At 3 pm, the meeting began. The consultants and investment bank SBI Capital submitted their proposals. The meeting ran until 5 pm, after which the consultants separately spoke to mutual funds and non-convertible debentures (NCD) holders, making a case for them to accept the resolution proposal on the table. Thirty minutes later, the consultants were asked to leave. Then began a two-hour discussion amongst the lenders.

So what really happened during the meeting? And what happens if the lenders do not agree on a resolution by December 5?

Interestingly, most banks have not recognised DHFL as a non-performing asset on their books. Thus, they have not provisioned for it either, said three people directly familiar with the matter.

“On July 5, DHFL made its last payment. Effectively, the 90-day period was over on October 6, so the account has ideally become NPA. If this account is not resolved by December, they will have to provide for the same,” said the first person mentioned above.

But it gets bigger.

“Some of the banks have done some provisioning, but by the end of the December quarter, they will have to start provisioning for the asset. The concern at this point is that if the banking regulator declares the NBFC as fraud in the light of new information in the KPMG report, they will have to provide 45 percent to 50 percent in one go,” said the second person mentioned above.

According to a distressed resolution professional, who requested anonymity, the NPA guidelines cannot be overruled even if there is a standstill agreement. During the standstill, if the ICA can come to an approved resolution and completely change the management, then they can upgrade the account. But for now, they will have to provide for the same.

In cases where the management is not changed, the account is not upgraded for a period of one year. But in the case of DHFL, the management is set to completely change. Also, during the standstill period, lenders have six months to prepare a resolution plan.

“The banks are keen to go through the resolution process, but mutual funds are in a flux over whether they should sign it, as their fiduciary role is to protect their investors; the markets regulator does not allow them to sign ICA,” the person added.

“The fear that this would further slow any recovery plans is unfounded for one main reason—all creditor payments have been kept on hold since July 5, which was the cut-off date for the debt resolution plan. All payments due from this date will be treated as per the debt resolution plan, once it is approved,” said a person from DHFL, who did not wish to be identified.

“The Bombay High Court has asked DHFL to file its reply within two weeks on the Edelweiss matter. DHFL has already filed an affidavit on the Reliance AMC matter. The High Court has passed an order restraining DHFL from making any payments to its secured and unsecured creditors,” added the DHFL source.

The mutual funds and other NCD holders have been given their options: Either they vote for the submitted resolution proposal, or be prepared to take a hit, which could completely wipe out the investment. Alternatively, they can come back with a proposal that suits them the best.
“Under the current proposal, lenders are expected to get 70 cents to a dollar, but in next three months, the value is expected to drop to 50 cents to a dollar,” said the first person mentioned above.

“During the meeting, mutual funds have complained that they are not left with much choice, and that banks have taken undue advantage. Of the interest and principal redemptions that have been paid, most of it has gone to banks, thus they feel unfairly treated,” the person added.

On Saturday, October 18, SBI had an internal meeting led by its chairman, regarding the Rs2,000 crore funneling exposure to Sunblink Real Estate, which is under investigation by the Enforcement Directorate (ED). According to the ED, Sunblink is related to Iqbal Mirchi, an aide of gangster Dawood Ibrahim. DHFL has clarified to the exchanges that in the normal course of its business, it had funded certain projects of various companies, which were executed in and around Mumbai. The dues of Rs2,186 crore comprise the principal amount and the interest payable on the principal sum. On account of certain corporate actions undertaken with or by Sunblink, as on date, Sunblink is mentioned as a borrower.

What are lenders planning?
According to a third person familiar with the development, SBI and other lenders are now contemplating to increase their stake to 61 percent, rather than the 51 percent proposed as part of the resolution, to take over the company. The latest presentation from DHFL had said that it has assumed a price of Rs54 per share for debt conversion into equity by lenders, to acquire 51 percent stake in the company. Since the proposal came into play, DHFL’s share price has fallen significantly.

At the time of publishing this piece on October 24, DHFL’s share price was trading at Rs18.45 per share, and its share price dropped by 4.90 percent during the day. The new share price for conversion will be undertaken according to Sebi’s Issue of Capital and Disclosure Requirements (ICDR), taking into account the book value of the company and its recent share price.

“The fear is that if things get delayed, what component of sustainable debt will be left in the firm? The company is also witnessing a mass exodus of employees from business and operations, which will need to be filled too,” he adds.

According to documents reviewed by Forbes India, UBI had appointed auditing firm KPMG to carry out a special review of DHFL for the period April 2015 to March 2019. It has found gaping holes in progress assessments where loans were given—in some cases, 100 percent of the loans were disbursed within a month’s time, flouting National Housing Board (NHB) guidelines. Additionally, assets were considered standard even after default in payments, among other things. “The report puts a question on the amount of money that is ideally recoverable from the company at this point in time,” said a fourth person familiar with the development.

As this story is being published, another meeting is underway between DHFL’s lenders, the company and consultants.

Tweets by @forbes_india
HCL Tech's $1.8 billion software play gets off to modest start in Q2
Why self-regulation can pay off