Explain career gaps and transitions on your resume 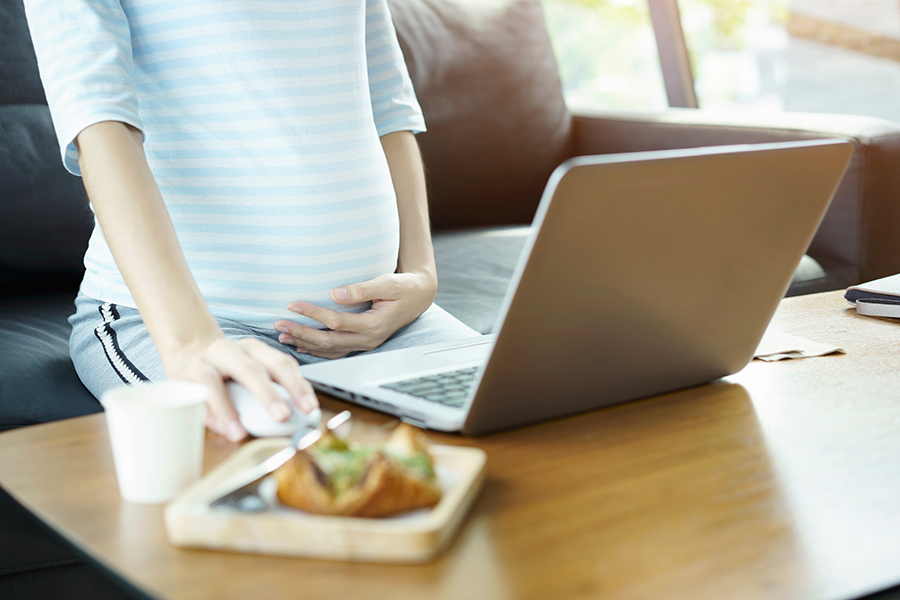 Career gaps can happen to anyone at any time, and for Carol Fishman Cohen, it came unexpectedly. She was working in corporate finance at Drexel Burnham Lambert in the late 1980s when the bank collapsed during her maternity leave with her first child, leaving her without a company to return to. Cohen decided to put her job search on hold, and had three more children, staying home a total of 11 years before relaunching her career at Bain Capital in 2001.

Since then, she’s shared her reentry experience in a Harvard Business School case study, described it in a TED talk that’s been viewed over 2.2 million times, and cowrote a book on the subject (Back on the Career Track). In 2007, she and her coauthor, Vivian Steir Rabin, founded career reentry company iRelaunch, where they run conferences and events for both individual searchers and employers and work directly with global companies to build career reentry programs.

Cohen recently shared her insights — and some practical scripts to use when speaking about career gaps — to an alumni audience through Stanford GSB’s Alumni Career Services.

Be Ready for the Modern Interview
Relaunchers should be prepared to discuss their career gaps not just in person, but on camera, because many employers will have their first impression of you via tools like Skype and HireVue, Cohen says. Whether you’re faced with creating an introductory video or undergoing an online interview, it’s crucial to be able to confidently share a well-rehearsed script explaining your career gap or transition goal.

“When you first start having these conversations, you might not sound that good,” she says. “You need to start practicing talking about it, and do it out loud. Talk with non-judgmental friends and family and get feedback from them. These are interview rehearsals. The more you have, the better you’ll sound when it counts in the interview itself.”

Connect, but Don’t Over-Connect
Conducting your reentry or transitional job search exclusively from home isn’t an effective approach, Cohen says. Get out of the house and check out university lecture series, professional conferences, social events, and groups such as Toastmasters. A range of resources, including one-on-one career coaching and online job search tools, are available through Stanford GSB’s Alumni Career Services. And then there’s LinkedIn.

“LinkedIn is a gift to relaunchers and transitioners; it helps you find all those long-lost people from the past and provides a low-key way to reconnect,” Cohen says. “Reach out and say, ‘Hi, Joe; it’s great to be connected again. I’ve been out of the workforce for the past eight years and am in information-gathering mode.’ This approach reassures your contact that you’re not looking to ask for a job.”

Explain that you’re getting back up to speed or transitioning into the field, she says, and ask the contact if they can manage a 15-minute phone chat to discuss changes in the field or their own recent career path. Don’t request a lunch meeting — that’s a two-hour time commitment they might not be willing to make. And don’t worry that your former colleagues won’t remember you or will be upset that you haven’t been in touch. They’ll remember you, and hey, they haven’t reached out lately, either.

The “I see you took a career break” Conversation
How to explain a career break is the question Cohen is most frequently asked. “You don’t want to apologize. You want to be very matter-of-fact about why you took the career break, and then you want to move on to why you’re the best person for the job,” she says. “You say, ‘Yes, I took a career break to care for my children, and now I can’t wait to get back to work. In fact, the reason I am so interested in this particular position is because of the work experience I had at X, where we faced very similar customer challenges. One of the most difficult situations was X, and this is what we did.’”

To be successful, this conversation hinges on you being able to produce a well-rehearsed anecdote from each prior job and volunteer position. “You need to have these in your back pocket,” Cohen says. “If you’re early in your career and you haven’t taken a career break or transitioned yet, or if you have millennial children, tell them to start documenting their work experiences — positive, negative, anytime there’s a milestone moment. If they decide to take a career break or transition later on, they’re going to need these anecdotes from prior experiences, and if you have notes, it’s much easier to remember these than having to recreate them later on.”

If the career break was due to a now-resolved eldercare or personal health reason, be equally straightforward, but emphasize the resolution of the situation. “I took a career break for a family health issue which is now resolved, and now I can’t wait to get back to work.”

The “I’m interested in you, but hung up on your career break” Conversation
Employers will often express hesitation to hire someone who is relaunching or transitioning a career, due in part to concerns over whether colleagues will accept the decision, Cohen says. “In that situation, you’re probably best off asking for some kind of a project or short-term role. You would say, ‘I understand it might be difficult to convince your colleagues about my candidacy because of my career break/because I am career transitioning. How about if you assigned me a special project or had me cover a maternity leave so you could evaluate me based on an actual work sample before making a permanent hiring decision?’”

Some hiring managers will dismiss this out of hand, she says, but others will perceive it as a low-risk way to engage with you while evaluating your candidacy.

The “You seem really overqualified” Conversation
“This kind of a comment can be a veiled form of ageism, but it’s also an opportunity to educate the interviewer,” Cohen says, pointing out that relaunchers and transitioners often seek out junior positions or jobs with less compensation in order to break into a new field, to gain more control of their schedule, or to enjoy a less stressful position.

“In this case, you might say, ‘One of my top priorities is to deliver excellent results to my employer, while also managing the rest of my life outside of work. So while it might look to you like I am overqualified for this position, this level is exactly where I want to be in my current life stage, and I intentionally sought it out. I feel confident I can deliver excellent results to you at this level of seniority.”

The “I’m looking to transition” Conversation
Develop a very succinct one-liner for potential employers or networking conversations, such as, “I was an international business development manager, and I’m coming off a career break, and am now interested in a strategy role in education,” Cohen says. Shadowing someone, taking a course, or signing up for a volunteer position in your desired field can signal to an employer that you’re serious about making the transition. “You can say, ‘I realize I’ve been in media, but I want to go into finance now, so I took a certificate course in anti-money laundering and loved it, and that’s why I’m so focused on this new role now.’”

That strategy worked well for a media-to-finance transitioner, who landed a job in her new field three months after she completed an online anti-money laundering course, Cohen says.

Expertise Trumps Ageism
“Subject matter expertise is the antidote to ageism,” says Cohen, who emphasizes how important it is for anyone reentering their field — or transitioning to a new one — to get up to speed. Read the latest books and periodicals in the field, and ask your contacts who they consider to be the experts. What do they read? What websites and blogs do they follow? Asking such questions will give you an opportunity to approach contacts, and their answers will guide your research.

“These are low-key, easy questions to ask people without getting into the ‘Can you find me a job?’ category,” Cohen says. “Once you get that information, respond to it. Read those periodicals. Follow the experts. When you’re at a professional event, for example, you can talk to people there and ask if they read that book and what they thought of it. That’s a much better conversation to be having in these settings rather than making awkward small talk, and it allows people to focus on what you know rather than how old you are.”