How much does management matter to productivity?

More than you might realize. Research finds management practices account for 20% of variation in productivity among certain firms 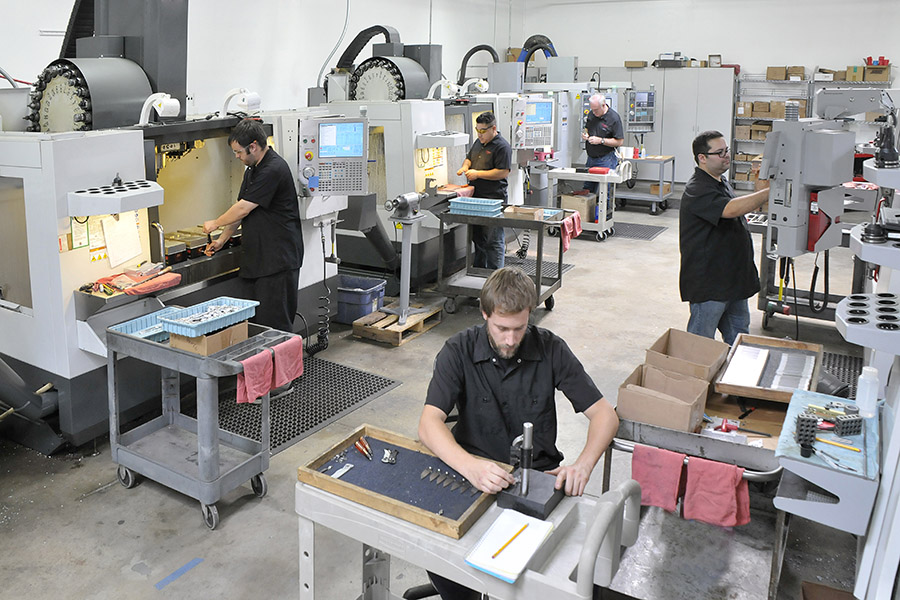 Why are some companies more productive than others? And why do certain divisions within those companies perform better than others do? Research has shown that top performers tend to invest more in research and development, adopt better technology, and employ a more educated workforce.

But a new study suggests another surprising factor plays as much or more of a role: strong management.

Nicholas A. Bloom, an economics professor at Stanford Graduate School of Business and the university’s School of Humanities and Sciences, and other researchers partnered with the U.S. Census Bureau to survey more than 35,000 U.S. manufacturing plants in 2010 and 2015. They found that management practices accounted for about one-fifth of the variation in productivity among plants. Management style had the same effect as R&D spending — and twice the impact of technology spending — in explaining productivity differences.

It Pays to Measure
Research on management strategies has historically been limited to case studies and small sample sizes. Bloom’s analysis, based on a mandatory Census Bureau survey, was the first large and randomized study of management practices in the U.S.

The researchers found that plants where managers carefully monitored the manufacturing process, production targets, and employee performance, and used that data to inform decisions, were more successful. Plants where leaders infrequently reviewed performance indicators and targets, and promoted employees based on tenure or connections rather than achievement, fared worse. These links remained strong after controlling for workers’ education level, the age of the plant and firm, and a wide range of other factors. Plants with more structured management performed better than other sites within the same firm, and plants that adopted more of these strategies saw their performance improve over time.

“It’s pretty clear that you want to measure everything that happens in your business and continue to improve it, and you want to reward success and address failures,” Bloom says.

The study doesn’t prove that standardized management actually causes better performance, but Bloom is confident that it plays a big role. “All we can say is that these practices are strongly correlated with any metric of success, which makes us skeptical of anyone that doesn’t adopt them,” Bloom says. “I do think that management is the secret sauce.”

A Varied Management Landscape
One takeaway of the study was just how differently plants are managed, even within the same state or industry. In fact, 40% of the total difference in productivity was among plants within the same firm. That means that the attributes of a CEO, corporate governance, and company ownership can’t easily explain a large share of the differences in management practices.

“It’s astounding,” Bloom says. “Some managers monitor huge amounts of data, and others seem to operate entirely by gut instinct.”

Factors That Improve Management
Bloom and his colleagues found evidence that two external factors can affect how well plants are run. One is the local business environment. Specifically, introducing state-level right-to-work laws — which prohibit making union membership a condition of employment — tended to lead to more structured management. Researchers also found that when large multinationals moved into a county, they often improved the management practices of existing plants, as managers from the new company left to work in local establishments. A more educated workforce and higher levels of competition were also linked to better management, according to the study.

Bloom argues that these findings should inform policy decisions. “Bureaucrats and politicians who are deciding whether to concede to union demands, prevent right-to-work laws, or ban foreign multinationals should ask what the costs are,” he says. “These objectives may have merit, but if you destroy the management ability of U.S. firms, you’ll make us all poorer. Generally, free markets are associated with better management practices.”

While the research sheds light on some factors driving differences in management strategies, much of the variation remains unexplained. Bloom says that future studies should delve deeper into why some plants adopt practices that are proven to make them more productive, while others do not — even if they exist within the same firm or region.

“You would think all firms would be well-managed and doing the right thing, but they’re not,” Bloom says. “I guess firms are like people — we all have our faults.”

Tweets by @forbesindia
Shopping for black-owned brands
Thoughts on television