“It doesn’t matter how many people hate your brand as long as enough people love it.” 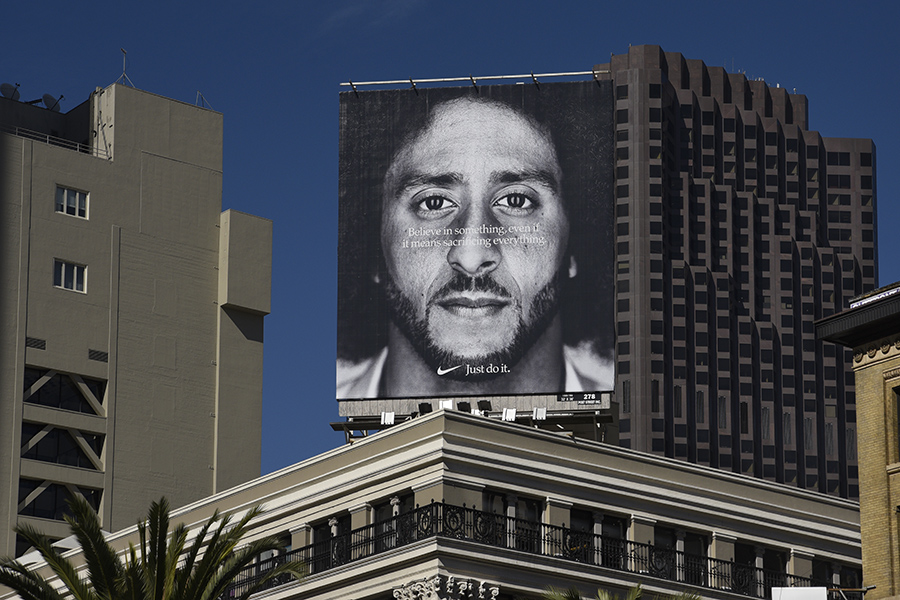 Silicon Valley is famous for the start-ups that began life in someone’s garage. Nike, the iconic maker of athletic shoes, got its start in 1964 when its cofounder sold sneakers from the trunk of a car in Portland, Oregon.

Fifty-five years later, Philip Knight, now chairman emeritus, is one of the richest men in the world, and Nike is one of the world’s most successful sellers of apparel. Knight, who received his MBA from Stanford Graduate School of Business in 1962, has used his fortune to support cancer research with a $500 million grant to the Oregon Health & Science University, and he’s been a major benefactor to Stanford University, donating a total of $500 million over the years.

Nike’s recent past has been a bit rocky. The company was shaken by allegations of sexual harassment and discrimination last year, a scandal that prompted the departure of a half-dozen male executives. Its ad campaign featuring ex-49ers quarterback Colin Kaepernick was controversial and touched off a Nike boycott. Knight recently spoke at a View From The Top session at Stanford GSB and shared stories about his career and the company he founded. Here are a few things you might not know about Knight and Nike.

Nike was born at Stanford
As a University of Oregon undergraduate, Knight’s focus, he says, was mostly on the track team — which turned out to be fortuitous. His coach, Bill Bowerman, had given a good deal of thought to what would make a superior running shoe and hand-built a pair for future Olympian Otis Davis. With the lightweight sneakers on his feet, Davis won the 220-yard and 440-yard dash in the Pacific Coast Conference championships.

At Stanford, Knight took an entrepreneurship class from Frank Shallenberger, who directed the students to develop a business plan for a new company. “In those days, a lot of my classmates were writing about electronics, which was certainly beyond me since when I turn on an electric switch and a light bulb comes on, it’s magic for me,” he says.

But Knight had an aha moment when he thought about Bowerman’s innovative shoe and realized it could be the basis for a business — if it could be manufactured cheaply. After spending some time in Japan, Knight brokered a deal to import Japanese athletic shoes. Soon he was back in Oregon, selling sneakers from the back of his car and living with his parents. He and Bowerman founded Blue Ribbon Sports in 1964. Seven years later, the company was rechristened Nike, after the Greek goddess of victory.

LeBron James and the Kaepernick Ad
Making an ad with an in-your-face social point of view isn’t something many corporations are willing to bet on. There was a certain amount of doubt at Nike when the advertising department showed the Kaepernick “Just Do It” 30th anniversary TV ad to CEO Mark Parker and Knight. “Parker looked at it and went, ‘Gulp.’ And they said, ‘Well, here’s the deal. If we’re going to get this in time for the campaign, you’ve got 24 hours,’” Knight recalls.

Knight approved the ad. And part of the reason he took the risk was a conversation he’d had weeks before with basketball star LeBron James. At the time, Knight was worried about his grandsons, who were about to get their drivers licenses. James confided to him that his son was about to start driving, and he worried that the young African American man might get shot by a policeman. “I thought of the top hundred worries I have, and that doesn’t make my list. That was a real eye-opener,” Knight says.

As to the blowback about the ad, Knight says he couldn’t care less: “It doesn’t matter how many people hate your brand as long as enough people love it. And as long as you have that attitude, you can’t be afraid of offending people. You can’t try and go down the middle of the road. You have to take a stand on something, which is ultimately I think why the Kaepernick ad worked.”

John McEnroe, the Accidental Endorser
McEnroe was the face of Nike for some time, but that wasn’t the plan. Nike had an agreement with the agent of tennis star Jimmy Connors. Connors was wearing Nike shoes, as he’d agreed to, but hadn’t gotten around to signing a formal endorsement deal. After Connors won at Wimbledon and then the U.S. Open, he still hadn’t signed, so Nike walked away.

Knight went to Wimbledon the next year looking for a star to endorse his products. People there told him that McEnroe was a great player but too much of a hothead. Knight watched McEnroe and was especially impressed when he erupted over a questionable call by a line judge. “This kid’s not afraid,” Knight recalls saying to a spectator. “I kind of became a fan of his intensity and his competitiveness and his attitude.” He then signed the young star.

The roots of Nike’s attitude
Knight refers to track coach and Nike cofounder Bowerman as his hero, namely for instilling in him a highly competitive, never-give-up attitude. Bowerman referred to himself not as a track coach, but as a “professor of competitive response.” As a World War II veteran, someone who had seen intense clashes in the battlefields, Bowerman believed his role was to prepare young men and women for their own intense competition. That sometimes involved hazing, Knight remembers, and putting people through hoops, which Knight did somewhat reluctantly. But the tough lessons stuck.

“His strategy for running the mile was to start out and run the first two laps at a very fast pace, run the third lap as fast as you can, and on the fourth lap triple your speed,” Knight recalls. “His best one for me was always, ‘Do right and fear no man.’

“He was a hero of mine in those days, and to this day.”