Rethink competition in the workforce

Good leaders recognize the negative consequences of pitting people and teams against each other. 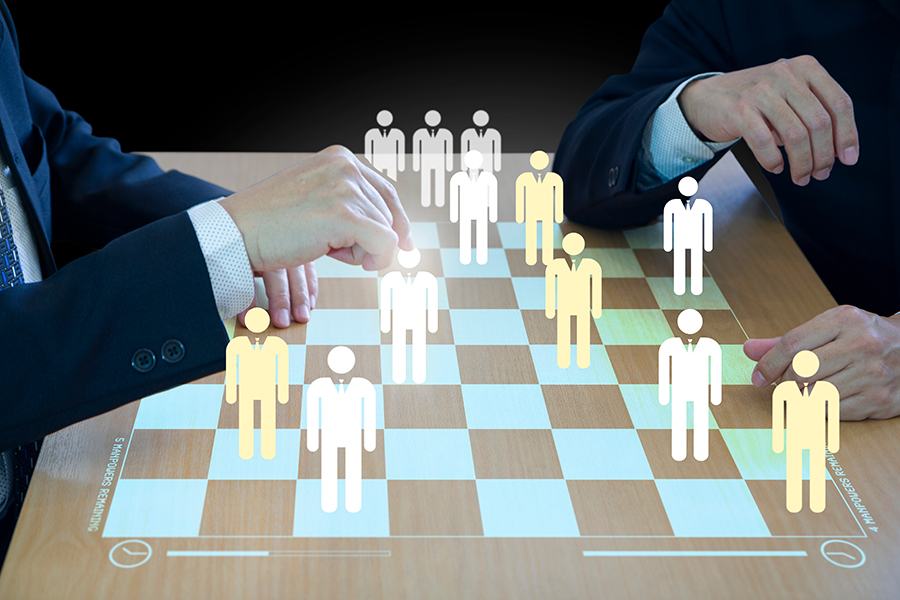 
Competition is usually considered a healthy business practice, but leaders who encourage it within an organization risk creating serious dysfunction that can torpedo success.

That’s the message from Stanford Graduate School of Business’ William P. Barnett, the Thomas M. Siebel Professor of Business Leadership, Strategy, and Organizations, who also serves as the faculty director of the Stanford Executive Program.

“Though we’d love it if competition always had positive consequences, it often has very negative consequences, both for the human condition and for the behavior of humans who live in fear of seeming to be a failure,” Barnett says. “The need to measure up, of constantly being evaluated, can create a tremendous amount of stress and behavior that turns out to be counterproductive.”

Barnett is perhaps best known for his work on “Red Queen competition,” which refers to the benefits that result from competition among organizations. In the recent Stanford GSB webinar “Leadership and Competition: Striking the Right Balance,” he discusses the drawbacks of competition and why it’s crucial for leaders to understand when to encourage it — and when to steer clear.

Competition Is Inevitable
Whether it’s a group of 5-year-olds playing soccer or members of a large multinational organization, humans are hardwired to think and act competitively. Competition exists in all human societies and is going on constantly, whether it’s encouraged or not, Barnett says.

“The understanding that social comparison is part of human existence is very important for you as a leader,” he says. “Competition happens at the level of small groups, whole departments, whole organizations, industries, and economies. Competition is happening everywhere; it’s all around us, and it shapes the decisions we make.”

Compare and Amass
Competition has two primary underlying mechanisms leaders need to understand, Barnett says. The first is “measuring up,” the natural desire people have to compare themselves with others in order to understand where their performance or behavior fits in with the group. These comparisons are an incessant and unavoidable part of our personal, academic, business, and social lives.

“It’s not like we want to be in these contests, but they’re all around us, and we’re constantly asking whether we’re measuring up,” he says.

The second mechanism is scarcity. In most organizations, employees routinely compete to accumulate limited resources, such as budget allocations, for their group or department. Bringing in those resources — being the rainmaker — is often seen as a primary responsibility for a leader and requires winning a competition against others vying for the same prize.

Organizations Aren’t People
Competition in the marketplace is generally a good thing; it forces organizations to become more efficient and better prepares them for future competition, Barnett says. But competing is less beneficial for coworkers. “You can often be in situations with people where the need to measure up creates a tremendous amount of stress; where the human consequences of constantly being evaluated are actually bad for people,” says Barnett.

Competition can also create counterproductive behavior in employees. Constant evaluation and fear that they may not measure up can cause them to become risk-averse, while concern over scarcity often compels them to try to amass resources for their group or department without regard for the overall good of the organization.

Don’t Create Competitions at Work
To limit these problems, leaders need to rethink their competitive focus, suggests Barnett. “Typically, we teach our leaders to increase competition inside organizations but not to compete outside, and I am arguing for the very opposite approach,” he says. “When it comes to your organization, go out and compete; that’s where competition should be happening. But inside your organization, facilitate collaboration.”

This means working to tone down existing sources of internal competition and being careful not to add new ones, Barnett says. “Competition already exists in your organization. If you turn up the heat and have even more competition than is naturally occurring, you can easily — almost predictively — spill over into having the maladaptive problems that can come from too much competition.”

Create a Cooperative Culture
The most helpful action leaders can take to minimize competition-related problems is to create an organizational culture that works against those problems, Barnett says. That can include emphasizing the importance of the organization over individual departments and actively encouraging employees to take appropriate risks, even though the results may sometimes be negative.

“Create a context where the forces of competition — which of course will be there — manifest in positive outcomes both for the health of your individual employees, but also for the performance of your organization,” Barnett says.

Tweets by @forbes_india
When the blind lead the blind, to success
Beyond books: India's age of edu-tainment