Beyond books: India's age of edu-tainment 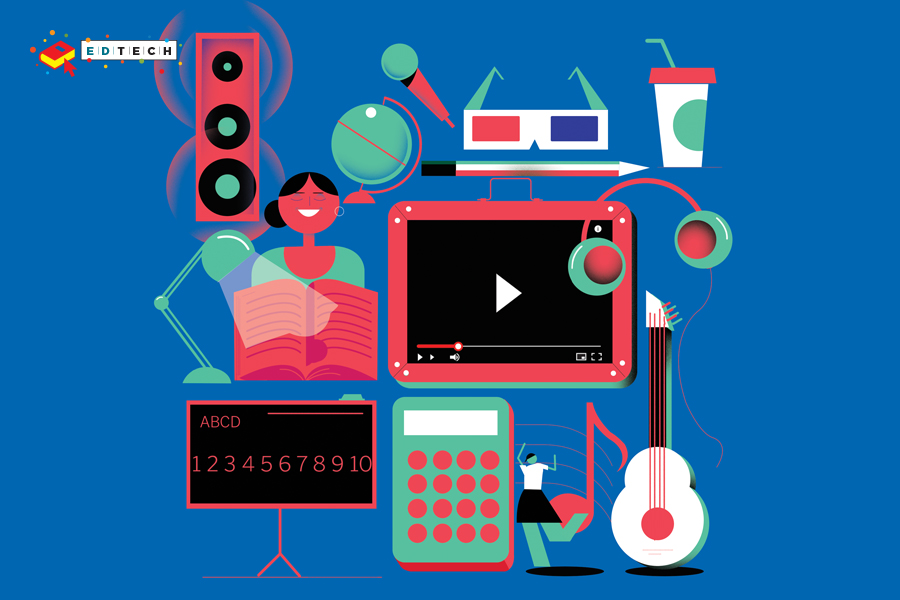 At the labs of SP Robotic Works, a robotic edutainment company, robots are used to teach children topics that range from basics like how a battery works to programming on Python. And since this is done through competitions like programming a robot to win a race or ‘Bomb in the City’ where a robot has to be programmed to take a bomb placed in a city as far away as it can, the children don’t even realise they have learnt a computer programming language. “We have 10- or 11-year-old kids who know how to programme on Python. They won’t be able to explain it to you like a techie can, but they will solve a problem through Python,” says Sneha Priya, co-founder and CEO of SP Robotic Works. With 81 centres across 30 cities in India, SP Robotic Works is one of several edutainment firms that makes education and learning fun for children through various models.

“Just delivering video entertainment—through TV or a mobile phone or digital medium—does not completely solve a problem,” says Saugato Bhowmik, business head at Voot Kids, an edutainment OTT platform, which combines animation and video to enable children to ‘watch, read, listen and learn’. “We understand that children have entertainment needs, but through the digital medium, we wanted to solve a much larger problem,” adds Bhowmik. The platform, which showcases content in an ad-free way, hosts India’s largest collection of videos, toons and popular characters, brought on the platform from India and across the world, says Bhowmik. Since its commercial launch in November 2019, the app has seen 2 million downloads. On the other hand, social enterprise ConveGenius is taking edutainment to the masses through their Personalised & Adaptive Learning Labs where they create a skill map for every child and take them through a learning journey. “We tie-up with the government, NGOs, corporate CSRs and philanthropists to provide to public schools, affordable private schools and learning centres that cannot afford to pay. We don’t do any business directly with consumers,” says Jairaj Bhattacharya, co-founder and CEO at ConveGenius. The social enterprise doesn’t believe in self-learning and uses externalities to direct a child in the right direction through a ‘nudge’ learning model. With an impact dashboard, the platform tracks a child’s learning, motivation levels, and decision-making abilities to help teachers understand their pain points and improve them. The addictive nature of entertainment in the form of cartoons and video games coupled with the unproductiveness of the content has been a cause of concern among parents. Edutainment, say experts, brings education and entertainment in such a manner that gamified learning through animation becomes engaging and at the same time, increases productivity. The idea with edutainment is to make learning fun, in a way where the child’s entertainment quotient doesn’t take a hit while the intelligence quotient increases. “It helps a child’s brain boost, when they learn beyond books and the school,” says Bhattacharya.

While children may not be naturally inclined towards education, making it interesting through edutainment may change the picture. With a concept like robot creation, fun becomes a priority and learning is a byproduct, says Priya of SP Robotic Works, which works with children aged between 7 and 17, and provides experiential learning using robotics, drones, Internet of Things, virtual reality and other latest technology. “Just as a computer has become bread and butter for everyone, robotics and automation are going through the same revolution,” she says. At the edutainment centres, teachers and trainers are replaced by artificial intelligence, working towards simplifying the hard concepts of robotics, teaching children using practical examples instead of definitions and theoretical knowledge. The themes of virtual reality, robotics and drones for children come under the concept of video games, but at the same time subconscious learning takes place. Besides games and competitions, the startup also teaches how technology can be used to solve real-world problems. Priya says, “The maximum complaint we have got from parents is, ‘My child is not coming out of the centre’.” ConveGenius ensures that the edutainment concept that is a part of kindergarten learning continues. “In the initial growth years, a child’s cognitive learning evolves at a faster pace. They learn new languages and cognitive skills... they learn to speak and calculate among many other foundational skills. Through edutainment, schooling is not just limited to the four years of kindergarten,” says Bhattacharya, adding, “With edutainment, apart from the schooling they get in pre-school, they also get additional learning through phones and tablets.” While there are free platforms for edutainment content too, parents are starting to choose edutainment services over them for several reasons, the prominent among them being privacy. Voot Kids assures parents that their children are in a safe and curated environment, without any inappropriate advertisements or content. The Children’s Online Privacy Protection Act, as mandated by the US government, and complied with by YouTube across the world, has improved things on ad-driven platforms like YouTube, but it still does not guarantee a child’s protection from inappropriate content. Besides, the content on these applications is exercise-driven which helps the child learn interactively. It also helps towards better course completion. Ganesh Natarajan, chairman of 5F World and an investor in SP Robotic Works, explains, “While taking the same boring education online leads to a lower course completion rate of 8 percent, adding entertainment will increase the course completion rate to 60 percent.”                                                                                                  ***** Everything is not hunky-dory for the learning-consumed-by-edutainment model. When it comes to digital learning, parents fear that screen addiction will come into play. “If the screen time is not limited, the perspective of the virtual and the real world starts fading away,” says Bhattacharya. On Voot Kids, parents can set up a screen time-limit for children to make sure they’re not overusing it. To avoid misuse of the phone or seeing actionable content, ConveGenius’s app has a restrictive child control environment, where the application takes over the control of the Android layer and only showcases apps allowed by parents. Another challenge for edutainment is that many parents still consider extracurricular a waste of time or a distraction. Natarajan says, “We are always fighting against conventional wisdom. For a new edutainment platform, people will say ‘How is it related to the curriculum?’ People will say, ‘It will take away the time he has for mugging for his exams’. People don’t realise children have to learn in multifaceted ways.” Experts believe that a lot more brands will enter the edutainment space and parents will be interested in investing in edutainment instead of going for open platforms and free services.