Majority shareholders who divert assets from one company to another for personal benefit can be found in some developing nations, robbing companies of value and even forcing them to be delisted from stock exchanges 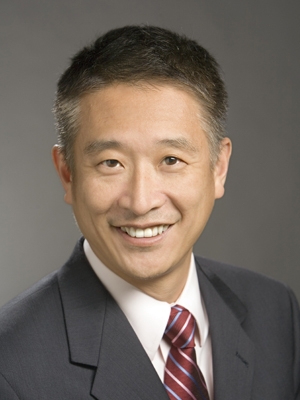 What happens when a company is robbed by its dominant shareholder?

The theft not only hurts minority shareholders, but profoundly damages the firm's longer-term health and viability, according to Charles M.C. Lee, an accounting professor at Stanford's Graduate School of Business. In a recent research paper, Lee and two Peking University scholars examined such insider abuse in an increasingly important market: China.

The practice is known as "tunneling," in which a majority shareholder diverts assets from one company to another entity for his or her own benefit — like someone using a tunnel beneath a vault to siphon out money. Until a recent government crackdown that has mostly snuffed it out, the practice was widespread among publicly listed firms in China.
Lee and his coauthors studied self-dealing through loans from publicly listed companies to entities tied to the companies' controlling shareholders. Chinese businesses with such insider misbehavior had worse operating performance, traded at lower market multiples, and were much more likely to be become candidates for de-listing, the researchers found. The loans, typically never repaid, diverted tens of billions of Chinese yuan from hundreds of listed companies from 1996 to 2006, they concluded.

"These majority shareholders treated these companies like their private ATMs," says Lee, the Joseph McDonald Professor of Accounting. The paper, "Tunneling Through Intercorporate Loans: The China Experience," was published in October by the Journal of Financial Economics.

Insider abuse is a significant problem globally, but especially in the developing world. In most countries, ownership of listed companies is not nearly as widely distributed as in the United States and Japan. "When you go into Asia, Europe, Latin America, often public companies are held by majority shareholders. The controlling shareholder has many degrees of freedom and can creatively divert [money]," says Lee.

The term "tunneling" originated in the 1990s in the Czech Republic to describe corruption stemming from post-Communist economic reforms and privatization. In the United States, a high-profile case involved credit extended by Adelphia Communications to members of the controlling Rigas family. In Australia, intercorporate loans facilitated the creation and unraveling of Alan Bond’s business empire.

Tunneling has been a serious and systemic risk to investors in Chinese stocks. "It becomes more important as China plays a more important role in the global economy, and as the United States and other investors have the opportunity to invest directly in China. All of a sudden that risk is at your doorstep," says Lee. "Buyer beware," he adds.

China's stock market was "ripe for tunneling," according to Lee. First, all Chinese listed firms have a dominant shareholder, typically an agency of the central, provincial, or local governments. That's because the Communist government retained state control even as it privatized state-owned enterprises and reopened stock markets in the 1990s. Second, trading of controlling shares has been severely restricted until recent reforms. So the potential for blockholders to cash in on stock price appreciation has been limited, creating incentives to divert money. Third, China's legal system offers weak enforcement for minority shareholders. Private lawsuits against blockholder misbehavior are rare, while securities regulators oversee listed companies but lack jurisdiction over controlling shareholders.

Finally, institutional stock ownership is minimal in China, reducing the disciplining effect of smart money investors. Institutions owned only about 3.75% of Chinese shares outstanding in 2004, compared with more than 60% in the United States.

The researchers examined data on 1,377 firms listed on the Shanghai and Shenzhen stock exchanges from 1996 to 2004, representing 85% of China's market capitalization. Their tool for identifying insider abuse: "other receivables" on the balance sheets of most companies.

Other receivables are amounts owed to a company arising outside the ordinary course of business. Typically, a Chinese company extended loans to parties associated with the controlling shareholder. Most of the loans were interest-free and never repaid. The researchers identified and quantified the suspect receivables by combing through financial footnotes, using statistical techniques, and cross-checking with other sources. "We had a smoking gun. We could actually trace the money," explains Lee.

He was surprised by how widespread the tunneling was. Other receivables amounted to 8.1% of total assets for the average Chinese company and 5.4% of market capitalization for all firms. In the U.S., the percentages would be virtually non-existent, he adds.

In one example, Hanqi Group, including its real estate and Beijing units, "borrowed" large amounts from Feng Hua, a listed company in which Hanqi held a nearly 30% share. On December 31, 2002, Hanqi and its subsidiaries took out 199 million yuan, more than the 116 million yuan that Hanqi's stake was worth. Feng Hua never recovered the money and saw 40% of its assets sucked out over three years, leaving it in financial distress.

The researchers found that other-receivables balances were higher for smaller firms, less profitable ones, more leveraged ones, non-state-owned firms, and those registered in less developed regions of China.

Since 2001, the Chinese government has cracked down on insider loans, including the arrest of executives from controlling entities that failed to resolve their loan balances. Nonetheless, Lee and his colleagues concluded that "insider tunneling will pose an ongoing challenge to reform in China" since incentives for the misbehavior still exist.

Tweets by @forbes_india
Global Warming: Science or Sensation?
How Businesses Can Profit From Raising Compensation At The Bottom