With a traditional business orientation, inexpensive infrastructure and proximity to premier colleges, Ahmedabad is fast becoming a serious launchpad for startups, especially in the tech-enabled space 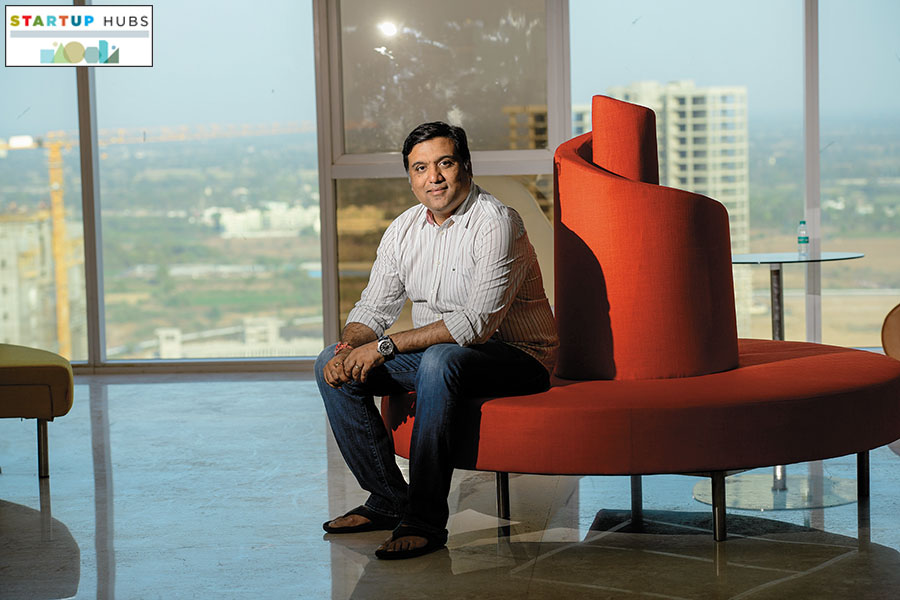 In 2007, Vishal Mehta, still in his early 30s, quit his job at Amazon in the US and returned to India to set up an ecommerce company. This was before social media had proliferated, and the idea, therefore, was to start at a single location first. Mehta decided to forego big cities such as Bengaluru, Delhi and Mumbai to settle into his hometown instead—Ahmedabad, Gujarat. That’s where Infibeam Avenues—which now works in the realms of digital payments and data storage, and hosts a government e-marketplace (gem.gov.in)—was born.

“I wanted to get things rolling with the founding team first, at one place, and then send members to branch out into expansion,” says Mehta, gazing out from his 28th-floor Gift City office, which overlooks the city. “I couldn’t be happier with the decision to stay in Ahmedabad. It helped us kick-start operations, and now, we have offices in Mumbai, Delhi and Bengaluru.”

Long considered the hub for textile and pharmaceutical industries, Ahmedabad has now upped its game, encouraging tech-based startups to emerge. Next-gen family business owners here can now be seen taking the digital road too. Amdavadis [as the city’s natives are called] are known to be ‘business-minded’, and to have a higher risk appetite. According to Tracxn, a venture capitalist research firm, 637 companies were founded in Ahmedabad between June 2016 and June 2019, taking the city to ninth position in the number of startups founded in India.

“From being a business state, Gujarat is becoming a startup state. Ahmedabad, in particular, has become a hub for high-tech industry startups, which is a direct reflection of the facilities and efforts the government has invested into the state,” says Harshvardhan Lunia, co-founder of Lendingkart, which provides short-term and collateral free loans to MSMEs, online. Lunia co-founded Lendingkart with Mukul Sachan in Ahmedabad in April 2014. 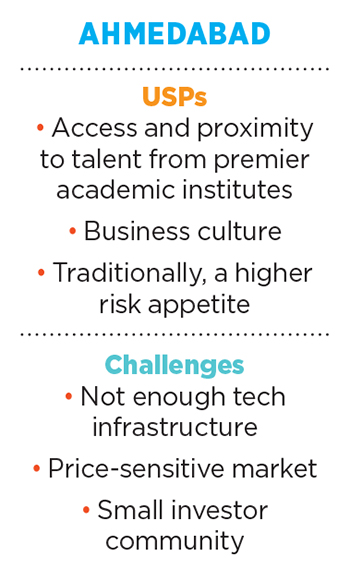 The city, with its inexpensive real estate, lower commute time and access to quality talent that is relatively low-cost, boasts a small community of well-connected people. “There’s a passion for entrepreneurship and ownership in the people of Ahmedabad. I would always prefer that over someone who says ‘I can code faster’, because while you can teach technical skills, a sense of passion is what prevails,” says Mehta. Even in traditional family businesses, the new generation is now focusing on innovation to increase efficiency and their gamut of services. This involves the use of technology, introducing the traditional business to a wave of digital methods. “The new generation of business owners, many of whom are millennials, is exploring new avenues, studying abroad and bringing back best global practices to grow faster,” says Ashutosh Valani, co-founder of Ahmedabad-based Beardo, a company that manufactures and retails male grooming products, on its own website and through other ecommerce channels.

Another city-based startup, a waste management company called Let’s Recycle, has two mobile applications—one for customers to track their waste and waste managers; and the other, to monitor its task force. The company collects dry waste and uses robotics and optical sorting to segregate it. The app made for its ground staff has an easy interface, with colours to reflect choices and face recognition to sign in, among other features.

Many business families are encouraging their children to set up their own ventures too. 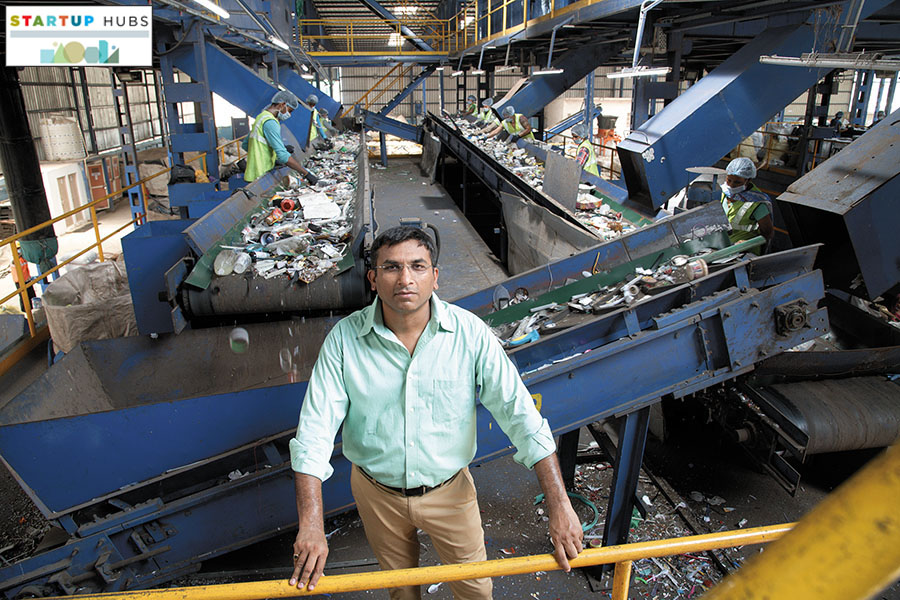 “The mindset is changing in Ahmedabad, and the risk appetite is stronger. Entrepreneurs want to experiment with business ideas when they are young and don’t have much liability,” says Swarup Pandya, senior associate-programmes at the Centre for Innovation Incubation and Entrepreneurship (CIIE), Indian Institute of Management, Ahmedabad (IIM-A). Pandya manages CIIE’s activities in Gujarat. “Many students here tinker with these ideas in their final year at IIM-A and if they show signs of success, they pursue it. Else, some may go back to their family businesses or work a job that allows them to save up, before taking the plunge into entrepreneurship again later.” 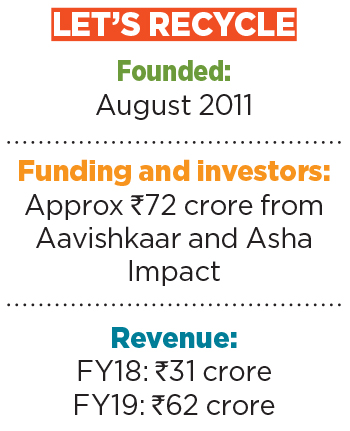 Advantage Gujarat
Made up of a close community, it’s common for early-stage startups to see help and investments pouring in from friends and family in Ahmedabad. “However, even friends-and-family investors are taking a professional approach now,” says Sandeep Patel, founder of Let’s Recycle. “The shift is visible, as more people are participating in angel networks and investment groups.”

The big advantage of setting up shop in Ahmedabad is that it is in close proximity to many premium educational institutes—IIM-A; IIT-Gandhinagar; the National Institute of Design; MICA for communications; ATIRA for textile research, and so on. “That allows us to build synergy from within the city itself,” says Pandya.

The Gujarat government, under the Industrial Policy 2015, introduced a ‘Scheme for Assistance for Startups/Innovation 2015-19’. Under this scheme, startups can receive up to ₹10 lakh to procure raw material and equipment; and up to ₹10 lakh for marketing and innovation. This involves a network of 33 nodal institutes that receive grants from the state government, which they pass on to the startups. 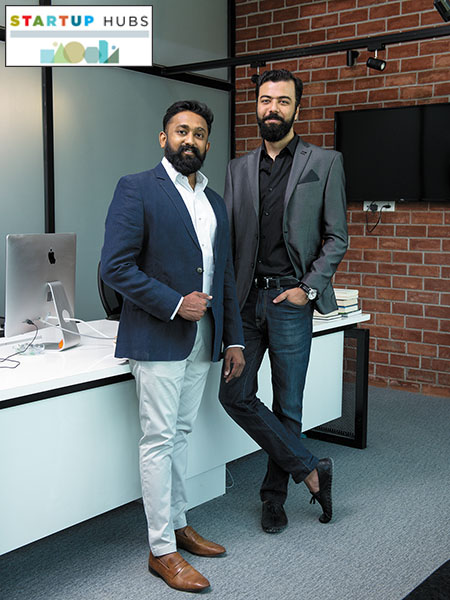 The report states, “For Gujarat, the extensive presence of traditional industry is a boon. The conditions fostering an entrepreneurship ecosystem in the state can be classified in terms of economic and technological developments. It may involve risk-taking culture, collaboration between academia and industries, talented, diverse and imaginative students and a community of stakeholders that gives back.” 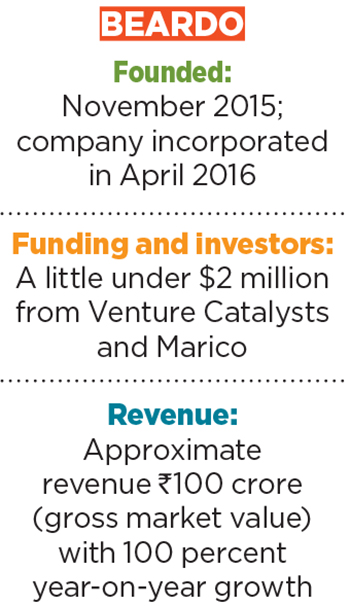 CIIE has its own programme to support startups in its home state. Called Innocity, it was set up in 2017 to promote and focus on the state’s regional startup ecosystem. Ahmedabad also saw an advent of international startup communities around the time, such as IndUS Entrepreneur’s TiE and Headstart’s Startup Saturday. “Around 2016-17, we realised that many communities and incubation centres had come up, and there was good momentum in the space. At the time, as CIIE, we wanted to bring it all onto one platform. That’s why we built Innocity,” says Pandya.

Innocity is a platform that provides customised startup solutions, built by IIM-A’s CIIE and Startup Oasis’s Riico. It began as a portal to feature city startup events, but now also has video tutorials, a weekly speaker series with entrepreneurs and a pitch competition, in which winners are connected to HNIs, investors and mentored for four to six months. Startups can also pose queries to industry experts, and ask them for advice. Innocity has now started operations in Rajasthan.

However, doing business in Ahmedabad is not without its challenges. The city can act as a good launch pad for startups, but without sound technology and infrastructure, it still doesn’t compare to other parts of the country. While Ahmedabad-based startups have gone through multiple funding rounds, the investors are largely not Ahmedabad based, highlighting the slim investor community based here.

Chintan Antani, associate vice president at CIIE, who manages the seed investments and portfolio, says, “The scenario is changing, but the gap in the investor ecosystem as compared to other location remains. Hopefully, we will see improvement as the ecosystem evolves.”

Founders also say that it is more difficult to find expertise in Ahmedabad than in bigger cities such as Bengaluru. “It’s a tough market,” adds Patel of Let’s Recycle. “Price sensitivity doesn’t work in favour of businesses here, and the people of the city are generally big on bargaining. Businesses often have to prepare to face a few initial losses.”

“Relatively speaking, an ecosystem to propel a tech startup is better in Bengaluru compared to Ahmedabad, especially in terms of customer access,” says Antani. “Having said that, Ahmedabad’s accessibility and the intervention of technology mitigates these factors.”