The city offers high-quality research bodies and skilled talent, a nascent startup culture and a voracious appetite for growth 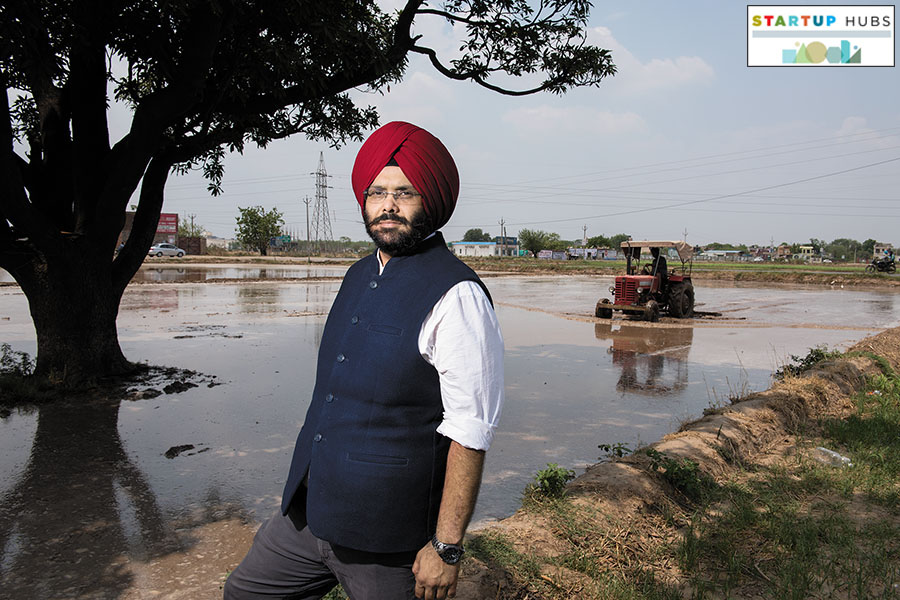 
For Taranjeet Singh Bhamra, an alumnus of IIT-Kharagpur and IIM-Calcutta, the choice was either tech capital Bengaluru or political capital Delhi. After stints in Europe, the Middle East and Africa as a consulting and data analytics professional for little under a decade, Bhamra decided to come back to India in 2015 to turn entrepreneur. Destiny, though, had scripted a different story for the Kharagpur-born lad.

Bhamra chanced upon Chandigarh, also known as ‘The City Beautiful’, in the same year on a trip with his wife. A few things he saw there made him ditch the idea of starting up in Bengaluru and Delhi: A near-perfect work-life balance, an abundance of high-quality research and academic bodies churning out skilled talent, a nascent startup culture and a voracious appetite for growth. In September 2016, Bhamra co-founded AgNext, an agri-analytics startup, with Mrigank Sharad and Deepak Jaiswal. Backed by investors such as Omnivore Capital and Kalaari, AgNext provides solutions to improve productivity and profitability of growers and food processors. From a headcount of 20 in the first year, AgNext swelled four times by May this year, and has provided services to over 4 lakh farmers.

A combination of focus and strength of technology that Chandigarh has provided for AgNext could not have been possible in any other part of India, contends Bhamra. With Chandigarh now being declared as an international airport, the opportunities for startups to scale globally out of the city have increased manifold, avers the 40-year-old.

AgNext is not the only one growing exponentially. Picturesquely located on the foothills of the Shivaliks, India’s first planned city is emerging as a flourishing hub for startups. From 138 startups founded between 2007 and 2011, the number leaped to 365 in four years, according to Tracxn. While the strategic location of the city—proximity to Delhi-NCR, Haryana and Punjab—ensures that it gets the best talent from the adjoining states, rapid industrial growth over the last few years, coupled with a sizeable population of HNIs (high net worth individuals), has propelled growth of a robust angel network. Chandigarh Angels Network (CAN) is one of them.

“Chandigarh can grow and has grown,” smiles Vineet Khurana, vice president of CAN, a group of angel investors founded in November 2015. The biggest contribution of CAN, says Khurana, is being on the listening side to entrepreneurs who want to share their ideas and seek feedback. “That comes as a validation to them as to whether they should scale or not,” he says, adding that CAN has so far invested around ₹10 crore. 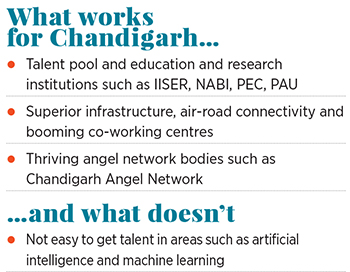 With a funding ticket size between ₹20 lakh and ₹2 crore, CAN has backed 16 startups so far. More than the funding, what is invaluable is the effort that it has been making to nurture the ecosystem in the city, which is known more for luxury consumerism, a flashy lifestyle and pop culture.

From organising mentoring clinics and startup masterclasses to big entrepreneurship events and sensitising aspiring entrepreneurs, CAN has been aggressively pitching Chandigarh as a one-stop destination for startups. What also works brilliantly, Khurana points out, is the low operating costs and an abundance of highly-skilled talent graduating out of colleges in and around Chandigarh. “This has widely worked in favour of IT product and service companies,” he says. 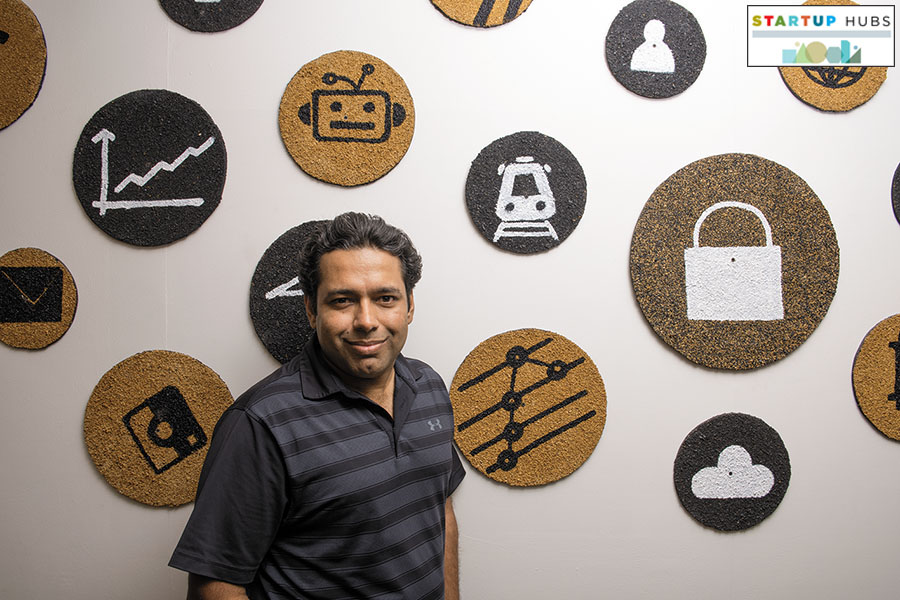 Kunal Nandwani, founder of financial trading tech startup uTrade Solutions, says, “The world is flat. One can start from anywhere.” Backed by the Hong Kong-headquartered Axis Capital Partners, uTrade has raised $1 million so far, logged a revenue of $2 million, claims to be profitable, and has a headcount of over 100. “Look at the quality of life,” gushes Nandwani. “There is no traffic, the city is lush green, and there are no distractions.” 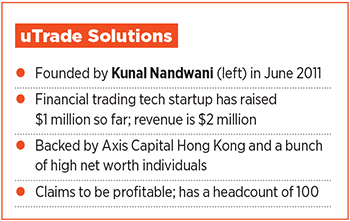 Smaller cities and towns, aver venture capitalists (VC), are the new happy hunting ground for investors. “The real money still lies at the bottom of the pyramid,” says Anil Joshi, founder and managing partner at Unicorn India Ventures, a VC firm headquartered in Mumbai. Earlier, the biggest concern of the VCs was about the availability of talent in such places and the ability of the entrepreneurs to scale up the business. “Things have changed,” he says, underlining how software as a service-based startups have changed the game. Dependence on physical location is now a thing of the past, he adds.

Unicorn India Ventures has made a couple of bets in Tier II cities and beyond. These include a diagnostic startup, NeuroEquilibrium in Jaipur, and a smart home application venture called SectorCube in Kochi. “Entrepreneurs based out of hometowns are also emotionally more contended,” says Joshi. “Isn’t it great to have home, heart and business at one place?”