Startups: This one's for the 'babycorns'

How 36Inc, a state-run incubation centre in Raipur, is turning into a lifeline for entrepreneurs 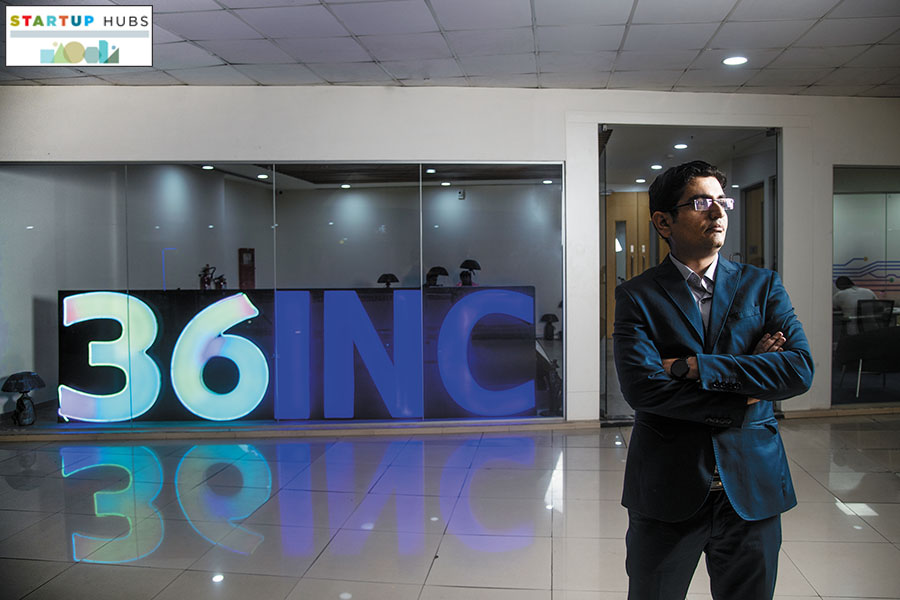 In 2016, Mohit Sahu and Puru Agrawal figured out a solution to a problem faced by mining companies: Where to dig, how much to dig, and when to dig. “We cracked the code,” claims Sahu, a graduate in mining from National Institute of Technology, Raipur. In July 2016, Sahu and his friend Agrawal started Minocular, an artificial intelligence (AI)-based mine management and optimisation startup that helps companies improve efficiency, reduce costs and eliminate risks by using 3D drone data analytics and machine learning. What remained inconclusive for them was a bigger problem: How to sell, who to sell to, and when to sell.

The mining market is dominated by multinational giants or companies with strong connections with the government authorities. Minocular, a bootstrapped venture, barely managed to survive the first year. The flow of business was erratic and the startup was fast running out of cash. “The prospects looked bleak,” recalls Agrawal. Enter 36Inc, the Chhattisgarh government’s incubator based in Raipur. Minocular got a place to work, seed funding of ₹20 lakh, and detailed insights to structure the company. The biggest help, though, was connecting with state-run mining companies and private organisations. The results are beginning to show. Minocular ended FY2019 with revenue of ₹36 lakh. The startup has also bagged a contract with Kazakhstan’s government. “We survived, and now we are ready to flourish,” says Sahu. Spread across 31,000 sq ft inside a mall, 36Inc is turning out to be a lifeline for budding startups, through mentoring and funding, providing financial assistance, technical know-how and a space to work and network. “New startups are babycorns. The incubator is the nursery for them,” says Saurabh Chaubey, CEO, 36Inc. While underlining the universal rule that not all startups will survive—nine out of 10 will fail—Chaubey reckons that at least all should be given a fair chance at survival. Government-run incubators, he maintains, are best suited to foster entrepreneurship across the country. “We equip all with the essential life tools. But only the fittest will survive, and grow.” One of the babycorns displaying potential to graduate to the next level is TechB, a startup in the business of manufacturing advance computer numerical control (CNC) machines and 3D printers.

Started in August 2016, the bootstrapped venture was struggling. Though the co-founders were convinced of the technical soundness of the venture, they needed funds to expand, lab facilities for research and development, and avenues to get big business. “We had stagnated,” recalls Abhishek kumar, one of the four co-founders. Limited exposure, he adds, also meant little luck with venture capitalists (VCs). “We got seed funding of ₹15 lakh from 36Inc,” says Manish Agrawal, another co-founder. The bigger windfall, though, was the industry connect it brought along. TechB bagged lucrative contracts from government organisations such as Isro, DRDO and Bhel, doubled its headcount to 55 within a year to meet a sudden surge in demand, while revenue jumped from ₹3 crore last year to ₹10 crore in the year ended March 2019. “They also helped us crack the overseas market,” says Agarwal, referring to orders from the UAE and Ethiopia. The incubation centre, says Rajeev Roy, former 36Inc CEO, does more than just incubate. It helps create a local pool of mentors, provides a forum for local investors and plays host to local chapters of entrepreneurship development bodies such as Mobile 10X and Headstart. “Its biggest contribution, though, is giving legitimacy to entrepreneurship as a career option in a place like Raipur.” The swanky office in a high-footfall mall, regular public events and mentorship, financial and tech support reassures entrepreneurs and their families that startups can be a successful career choice. Sangeeta Gupta, senior vice president at Nasscom, explains how incubators, both state-run and private, are fostering startup ecosystems in tier II and III cities. Access to markets, a well-entrenched support system, and increased investor interest are some of the factors propelling the growth of startups in such places. Last year, an estimated 40 percent of tech startups were incepted outside of metros, according to a report by Nasscom and Zinnov. “We see the trend increasing,” says Gupta. Deep-tech startups in such places are building innovative solutions by understanding specific problems. Entrepreneurship in India, she adds, has reached great heights over the last two decades. “Now we see a lot of startups emerging from smaller towns,” says Gupta. Back at the incubation centre, Chaubey is helping a venture that got seed funding from IIT Kanpur prepare a blueprint for aggressive expansion. Healing Accelerated, a startup providing second medical opinions from super-specialist doctors across India and abroad, has rendered services to over 1,500 patients in Chhattisgarh since its inception in July 2015. Healing Accelerated, feels Chaubey, has a robust business model that is based on social impact, and has the potential to scale up across India. These are babycorns that need a bit of handholding, Chaubey adds. “Unicorns, after all, were once babycorns.”