Can agritech startup GramHeet uplift the lives of distressed farmers? 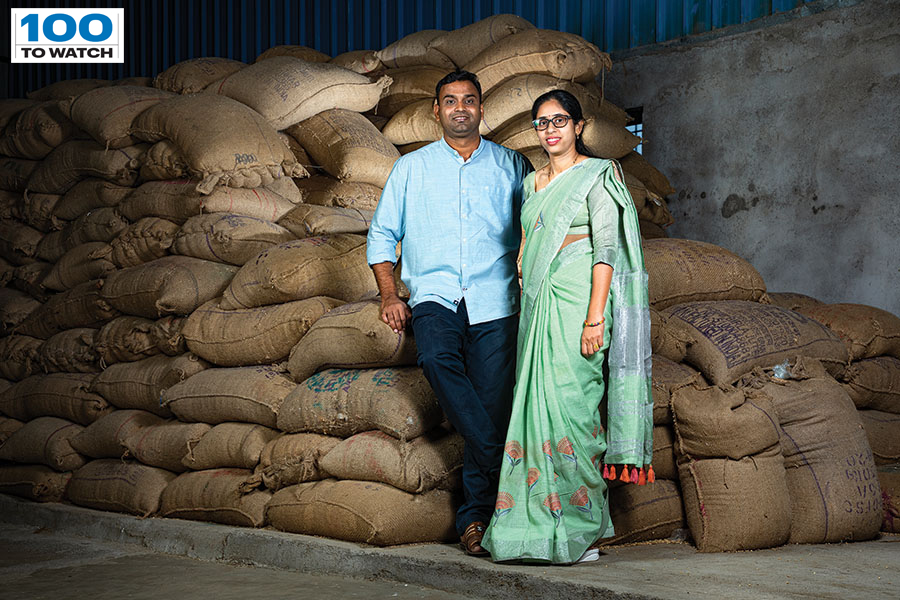 You can sense the pain in his voice. “I don’t remember how many Diwalis my parents couldn’t keep their promise,” recalls Pankaj Mahalle. “They always tried, but couldn’t gift me new clothes,” underlines the first graduate from his family and village, Warud, in the Yavatmal district of Maharashtra, which is globally infamous for reporting the highest number of farmer suicides in India. Mahalle’s father owned four acres of agricultural land, cultivated cotton and had a decent output most of the time. The problem, though, started after the harvest. “The moneylender would come to the house and snatch away most of the produce,” recalls Mahalle.

The absence of a storage facility in the village meant that produce had to be disposed of as soon as possible. And the rates on offer were always outrageously low compared to the market rates. “The lowest rate was the prevailing rate for the farmers,” rues Mahalle, whose family could never come out of the vicious debt cycle. For the next cycle of cultivation, one needed money, and local lenders were always preying around, mercilessly fleecing the hapless farmers. “Imagine, all his life, my father produced cotton, but still couldn’t buy me a cotton shirt,” he says in a choked voice. His plight, he continues with his strained tone, and that of millions of farmers shows the failure of the socio-economic system of the country. “Farmers produce grain, and yet die of starvation,” he rues.

Shweta Thakare has a similar harrowing tale to narrate. Born in Yavatmal district, her parents, too, owned a small piece of land. Failure to pay the debts forced the family to migrate to the city. The owner now became a labourer. “I have lived with their pain,” says Thakare, who graduated in electronics and telecommunication from Amravati University, and completed her Masters in development studies from IIT Hyderabad. Though she had the opportunity to lead a cushy corporate life, Thakare was haunted by her painful past. “I wanted to work for the farmers and do my bit to improve their lives,” she says.

Meanwhile, back in 2009, Mahalle too was decided about championing the cause of the farmers. He founded ‘Kastkar’, a social organisation that mobilised volunteers, worked closely with government departments, sensitised farmers about government-run schemes and ran a mobile-based helpline for farmers in Yavatmal district. A year later, in 2010, Thakare joined Kastkar, and the duo continued the work till 2013. After four years, Mahalle figured out that he needed more academic heft to make a deeper impact. He joined Tata Institute of Social Sciences and did his master’s degree in livelihood and social entrepreneurship in 2015. Next he joined Tata Steel Rural Development Society in Jamshedpur, married Thakare and spent the next three years working closely with the tribals.

In 2018, came the pivotal moment. Mahalle and Thakare decided to go back to their village. “Both of us had led a restless life for three years,” he recalls. The inability to do something substantial for farmers haunted the couple. For two years, the duo kept experimenting with various social enterprise models. A few worked, some failed, and the ones that clicked couldn’t have mass impact. During the same period, Mahalle also got to see different shades of ‘impact investors’ and investing. Naturally, many liked the idea, but were not impressed with the ‘returns’.

Some questioned the impact, and a few doubted the purpose. Eventually, Acumen, a social impact fund based out of New York, offered $70,000 through the Acumen Emergency Fund. “Pankaj joined the Acumen Fellows Programme in 2020 along with 20 other social innovators,” says Faheem Ahmed, senior associate (community strategy) at Acumen Academy in India. Acumen’s Emergency Fund, he explains, supports enterprises so that they can serve their communities’ immediate needs through the pandemic and continue their long-term work of serving the poor and vulnerable after the crisis. Acumen Academy, meanwhile, builds practical skills of social innovators through an intensive leadership development programme, he adds.

The timing of the programme was interesting. Ahmed explains. Pankaj joined in India in 2020, during an inflection point where he was building GramHeet along with Thakare. The duo displayed, Ahmed underlines, commitment to a ‘farmers-first’ approach along with the openness to learn from different models and approaches to tackle farmer stress. 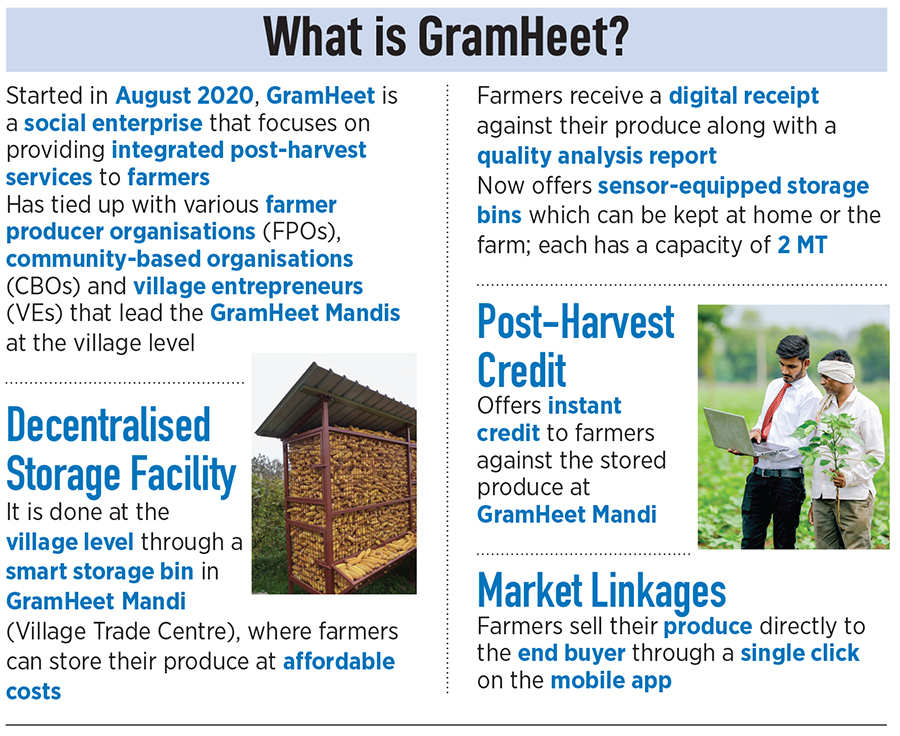 GramHeet’s model, reckons activist Ghanshyam Darne, is disruptive and differentiated. An estimated 53 percent of the 189,000 smallholder farmers in Yavatmal are in a vicious debt cycle, points out the professor at Savitri Jyotirao College of Social Work at Amravati University. “Pankaj and Shweta are taking a stab at distress selling,” he says, adding that a cocktail of three factors lead to distress selling. First, there is no place to store the farm produce after the harvest. Second, there is an urgency of cash during harvest time. And last, there is lack of post-harvest infrastructure and allied services at the village level.

Also read: How to reshape the future of Indian agriculture

GramHeet is trying to address the problem by offering a battery of services. First, the agri startup offers decentralised storage facilities at the village level through a smart storage bin in GramHeet Mandi (Village Trade Centre). The farmers can store their produce at an affordable cost and get a digital receipt against their produce along with a quality analysis report.

Next comes post-harvest credit. GramHeet, points out Mahalle, offers instant credit to farmers against the stored produce. It helps them deal with immediate cash needs and benefit from the seasonal price increase. “The freedom of choice now lies with farmers, making them the true owners of their produce,” he says. Last, there is market linkage. Farmers get to sell their produce directly to the end buyer through a single click on the mobile app. “So far, we have impacted close to 4,000 farmers across 91 villages in Yavatmal and Akola districts,” claims Mahalle, adding that the startup now plans to penetrate deep into Maharashtra and move into Karnataka and Andhra Pradesh.

For the husband-wife duo, the job, though, is far from over. “We are trying to change the identity of Yavatmal,” says Thakare, adding that the world has known it for the wrong reasons. “We want to be the right reason for the district and the farmers,” says Mahalle. While conceding that he is acutely aware of the challenges—building a self-sustaining social enterprise model rather than one dependant on funding is the biggest—Mahalle reckons that his team is on the right track. “We have sowed the right seed,” he says. “And we are confident of reaping the right harvest.”

Tweets by @forbesindia
Photo of the day: Ready to parade
Are buy now pay later offers worth it?