How Wavemaker India became the "most wanted" media agency 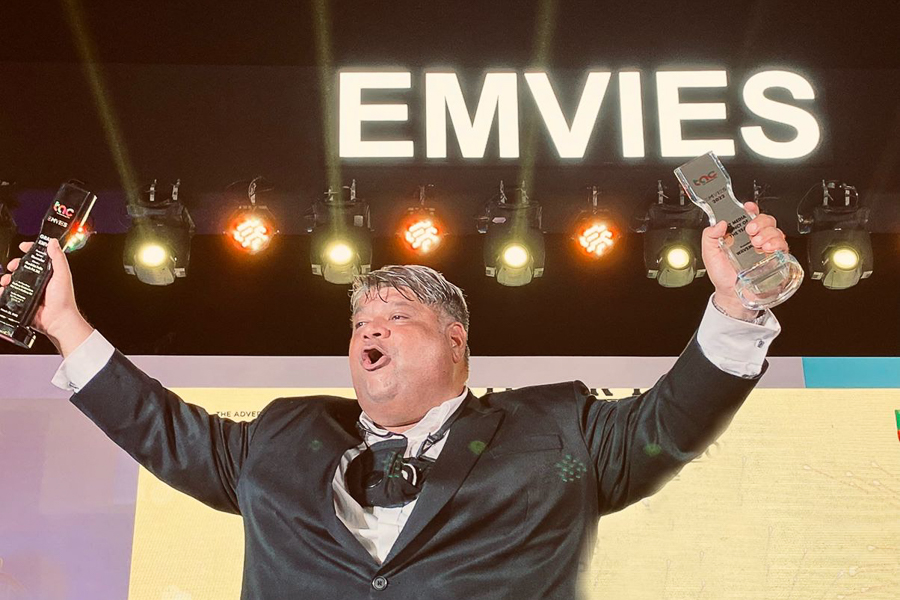 In 2011, when Ajay Gupte became the managing director of MEC Indonesia, he sailed through tough tides. Gupte did everything in textbook fashion as a leader. He rebuilt the business and got together the right set of people to bring life back to the agency, making him somewhat of a turnaround leader. Nine years later, he took charge as CEO - South Asia of Wavemaker.

Gupte came on board six weeks before the full blow of the pandemic hit India in 2020. As a seasoned captain, who has rescued people and businesses from difficult times, Gupte took up his new assignment not as a challenge but as an opportunity.
The GroupM-owned media agency in India added a total billing of Rs 1500 crore in the last two years. Wavemaker India, which counts Mindshare, MediaCom and Essence as media stablemates, also beat all competing agencies to bag ‘Agency Of The Year’ at the Emvies this year. Wavemaker Mumbai has been ranked at No.5 in the latest WARC Effective 100 Ranking across regional and global agencies.

From working on data-driven campaigns for Mondelez India to partnering with brands for India's first 3D metaverse, Wavemaker India is breaking the traditional codes of a media agency. In an exclusive conversation with Storyboard18, Gupte talks at length about building future-ready capabilities, talent strategies, lessons from the past, and more.

Q. Looking at the work that Wavemaker India has been creating over the last couple of years, will it be right to say you are breaking traditional media agency codes? If yes, can you help us understand the agency’s new approach?
I do agree with that observation. However, this hasn't happened just by chance. In the last two years, the media landscape has changed dramatically. It was evolving, but it reached the tipping point when people were stuck at home. The way people are exposed to the media changed. Everything was building up. The infrastructure (such as data pricing, the reach of smart and feature phones, and TV sets) to support these changes also accelerated. Content formats got shorter and better for engagement sake. That apart, consumer behaviour evolved at a pace that we had not imagined. This benefited media agencies like us. It nudged us to think beyond traditional ways of planning and targeting. Access to rich data opened up and the technology to harness this data got sharper. We have been investing in the right kind of data technology, content tools, and talent that will drive these capabilities to the next level.

In 2017, when WPP and GroupM decided to merge MEC and Maxus and re-brand into one solid agency (Wavemaker), I was a part of the decision-making meetings. We had foreseen these changes. The only difference is that the changes happened much earlier than anticipated.

The other aspect why Wavemaker has a different approach is because of its people. We hire talent from other industries. The capabilities that we have built and will set up soon need people who have a different mindset. I keep my talent time busy all through the year because I don’t believe in conventional hiring. I ask them to go out scouting for data scientists, audience scientists, engineers, and so on. In a way, we are trying to change the traditional codes. Probably, we are the only media agency in the country that has a 70 member content team and 50 member technology team.

Q. In the last two years, what has been the agency’s core focus from a business point of view?
Our global CEO Toby Jenner gave us a war cry, which I honestly love. He keeps saying, 'we should be the most wanted media agency in the world.' To be future-ready we need to be one step ahead of others. Let me give you an example. Earlier this year, we helped a couple to get married in a metaverse. They were India’s first couple to do this. We got brands like ITC’s Fabelle and Matrimony.com as partners for the wedding that was held on Yug Metaverse. This was possible because we already had a passionate team that was researching emerging technology trends and kept talking to clients about it, to keep them excited. The beauty of all of this is that you don't learn till you do. We learned so much during the metaverse wedding project. We know we are ahead of others. We are identifying areas that we need to invest in and assigning the right set of people to drive it. This kind of freedom helps to boost people’s confidence. A lot of things are work in progress in our agency and that attitude is changing the game for us.

Q. And in terms of business?
2020 and 2021 were exceptional years for Wavemaker India. We added a total billing of Rs1500 crore in the last two years. All of this happened by pitching online, across cities. We retained major businesses like L’Oréal India, Perfetti Van Melle, and Zydus Wellness (Wavemaker India became Heinz’s agency on record). We won the entire portfolio of Tata Consumer Products. We also added Luminous Power Technologies, Sun Pharma, and Matrimony.com to our kitty.

Q. What has really changed at the agency during these two years?
We are now a much stronger bonded unit that has common goals. Not just at the leadership level but people across teams have engaged with each other more than ever before. There are no more silos. There is diversity in the way we approach our businesses.

Today, we don’t go out with just media plans. Our teams go out with complete communication strategies. We can give out solutions to clients, which they typically wouldn’t expect from media agencies. That is because of the capabilities that we have built in-house. During the last two years, in the agency, we may have not seen each other, but we came together to help and support each other a lot more than before.

Q. Advertising agencies are perhaps facing their worst talent crisis ever. Younger people are just not keen on careers in advertising. What are your thoughts on this?
Honestly, I think the new generation is not just looking for money. They want to take pride in the work they do. They want to take up work that satisfies their souls and makes them feel happy. Agencies need to create an environment that will make young people desire to come on board. Give them the exposure that will help them build their career. Push them to pick up new skills on the job. Celebrate their successes along with the company’s success.

Q. What past experiences helped you to handle situations like the ones you faced in your current role?
I trust my people. I think that’s my biggest strength. I believe in empowering and encouraging my people. I think that gives my teams the wings to fly. I have learned this over the years. In 2011, when I joined MEC Indonesia (as managing director), the agency had lost its largest account, which was 50 percent of its business. I got to know about it when I walked into the office on the first day. Slowly people started leaving, too, in a few weeks. I was left with 18 people. I buckled up and roped in three people on my leadership team and we hit the restart button together. We slowly started rebuilding the business. We focused on nurturing our existing clients to win their confidence. Then we started targeting the low-hanging fruits in our client list and took them into confidence. The beauty of that team was we trusted each other completely. We work towards a common goal of bringing back life to the agency. When I left Indonesia, the agency was 170 people strong. At the end of the day, it’s the people who run the show. At Wavemaker, I am doing the same. I have complete faith in my people and what we have achieved so far is because I have the best in the business under one roof.