Did the gloomy shadow of China's second-most valuable company—Tencent—eclipse India's biggest M&A deal? Well, the dollars and cents seem to add up 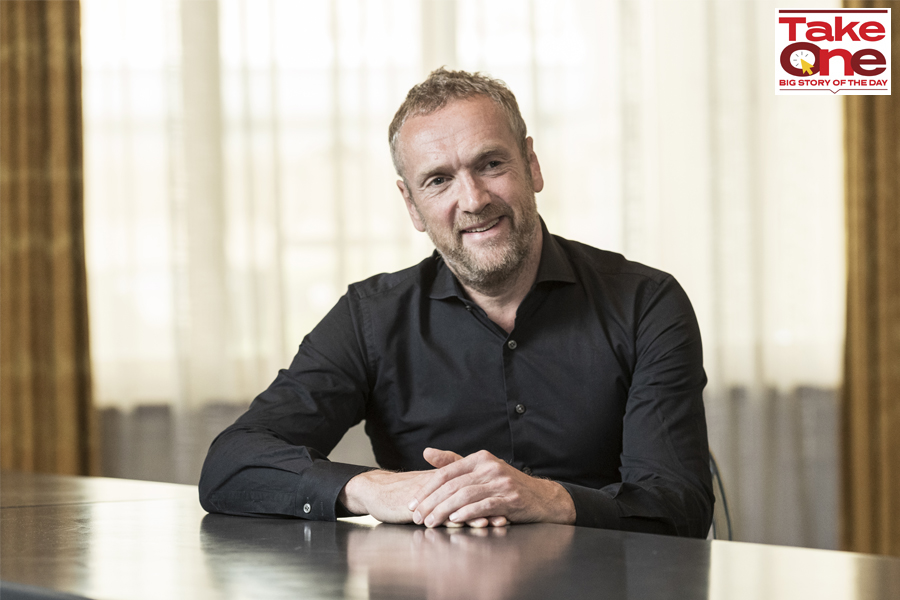 June 2022. It was a compelling question to ask. And the timing too seemed perfect. It had been close to a year—11 months to be precise--since Prosus, the Amsterdam-listed international investment arm of South African tech multinational Naspers, announced an all-cash $4.7 billion acquisition of BillDesk in August 2021. What was billed as India’s biggest fintech M&A deal was still awaiting the regulatory nod in India. The inordinate delay was unnerving. What, though, was most disconcerting was the financial aspect of the deal. “From a capital allocation standpoint,” Bank of America’s Cesar Tiron pointed out during the FY22 earnings call of Prosus in June this year, ”it doesn’t make sense to pursue the transaction, especially given changes to peers’ valuations since the transaction was announced.”

The analyst was merely joining the dots. A high rate of inflation, a rising interest rate, mounting concerns around an imminent global recession, the lingering aftereffects of the pandemic disrupting global supply chains and a protracted Ukraine-Russia war was not the best of scenarios and time to undertake massive mergers and acquisitions. Topping the chart, though, was a new global reality. Public and private markets had been in intense turmoil, and by the first half of last year, an estimated half a trillion dollars had been reportedly wiped off fintech valuations across the world. Clearly, the listed market was in a punishing mood for all tech companies, and the private counterpart was reeling under a fund crunch and economic uncertainties. Given the grim context, the larger question was: Did it still make sense to pursue BillDesk? 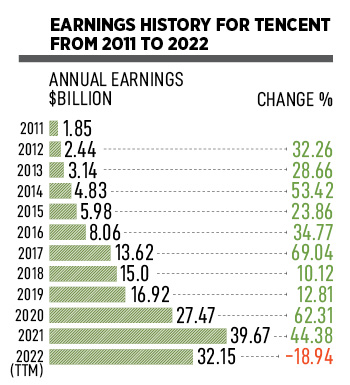 The jittery query got a reassuring answer from Bob Van Dijk. “Yes, the markets have shown change,” acknowledged Group CEO of Naspers and Prosus. What, though, didn’t change was the basics. He listed out two of them: The business plan and the fundamentals that underpin the value creation that the buyout was supposed to bring. “It was not a multiple based story,” he underlined, continuing with his rationale. It (the deal) was a fundamental-driven business case with exceptionally strong synergies that are as solid today as they were then. “We have a very strong balance sheet,” he further stressed.

The books indeed looked robust. The cash and cash equivalents for Prosus at end FY22 stood at $9,628 million as against $3,562 million in FY21. Though long-term liabilities stood at $15,861 million (almost double of $8,081 million in FY21), the current portion of long-term liabilities stood at only $188 million. Interestingly, the group has no debt maturities due until 2025, and 95 percent of its debt is reportedly due after five years and about 40 percent due after 10 years. Money, for sure, didn’t seem to be an issue to douse the fire of M&A. “If we want to do further M&A, we can do so. If we wanted to do even further M&A, we can also find ways to fund that,” the CEO asserted.

Laurent Le Moal chipped in to beef up the point made by the global head. “Indeed, the strategic rationale has not changed. In fact, it has been reinforced,” stressed the CEO of Prosus-owned PayU. Please remember, he underlined, that the proposed acquisition has been driven by the necessity to get to scale, increase the growth of the overall revenues and also significantly change the profit profile of the overall combined entity. “As of today, BillDesk continues to perform in line with our expectation,” he reiterated. “Therefore, we still continue to be very excited about the proposed combination of the two businesses.” 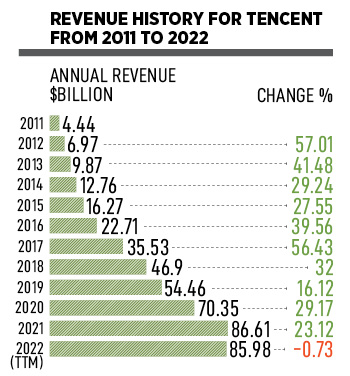 Back in November 2021, three months after announcing the buyout deal, the bullishness was still visible. “We saw huge synergies with the BillDesk business,” Dijk pointed out in an interim results call in November last year. When the BillDesk transaction is approved, he continued, PayU will move from the middle of the pack in large payments providers to be a top 10 global payment provider. The combined TPV (total payments volume) of the business will be well over $100 billion, it will process more than 4 billion transactions annually, and will have more than 300 million transacting customers. “So we decided that this is actually an opportunity that’s too good to let go,” he concluded.

Fast forward to October 2022. ‘Too good to go’ turned out to be too easy to leave. Prosus-owned PayU terminated the deal, citing certain condition precedents that were not fulfilled.

The sudden rupture baffled fintech gurus, industry experts and trade analysts who listed out a string of unanswered questions. If BillDesk was a long-term bet for Prosus, and would have created a financial behemoth in a joint entity with PayU, then why nix it? If the diligence was clean, then why did the year-long affair not culminate in marriage? If Prosus had enough cash on its books, which it did have, then why suddenly think about $4.7 billion as too pricey?

The performance of BillDesk too can’t be a reason to come out of the proposed deal. After all, the Indian fintech biggie accounts for almost 60 percent of online bill payments in the country and has been posting a hefty operating revenue and steady profits. The operating revenue increased to Rs 2,124.2 crore in FY21 from Rs 1,804.7 crore in FY20, and profits remained stable at Rs 245.55 crore as against Rs 211.22 crore during the same period.

Then what went wrong?

The answer, points out a venture capitalist with one of the top global funds in India, might lie in China! “The growing shadow of Tencent eclipsed the deal,” says the funder alluding to an alarming dip in the market cap of Tencent, China’s second most valuable company in which Naspers now owns 28.9 per cent through Prosus, its Amsterdam-listed international investment arm. He explains the maths. In 2001, Naspers invested $32 million to buy 46.5 percent in Tencent, and the stake was reduced to around 33.2 percent when the Chinese giant got listed on the Hong Kong Stock Exchange on June 16, 2004. In a little over three years since listing, Tencent’s valuation grew at a sedate pace and it had a market cap of $2.75 billion on December 31, 2007. In four years, it jumped 16 times to $44.89 billion on January 31, 2012. After six years—on January 31, 2018—Tencent’s market cap ballooned to $563.07 billion.

Two months later, in March 2018, Naspers decided to milk its cash cow. It sold 2 percent for a staggering $10.6 billion, and diluted stake for the first time in 17 years. In February 2021, Tencent recorded a new peak in its valuation: $916.03 billion! Two months later, Naspers again sold 2 percent for $15.5 billion and brought the stake to 28.9 percent. “Tencent’s story went wrong after that,” says the above-mentioned VC requesting not to be named.

The day the BillDesk acquisition was announced—August 31, 2021—Tencent’s market cap was already down to $593.15 billion. “Prosus was already in cash-preservation mode,” says the VC, pointing to some of the interesting comments made by the top honchos during the same earnings call where the CEO and his team were sounding bullish about the deal. Prosus decided to sell stake in Tencent to fund a stock buyback in itself and parent Naspers. The reason was to close a gap between the market value of Prosus/Naspers and the 28.9 percent stake in Tencent.

Also read: Will most 'fintech' innovations stand the test of time?

When asked by an analyst in June last year if 100 percent buyback would be funded by selling a stake in Tencent and liquidity on the balance sheet won’t be used for the purpose, the CFO replied in the affirmative. “We preserve the balance sheet to fund our operations and have some flexibility,” said Basil Sgourdos. The level of liquidity on the balance sheet, he continued, also helps us with support towards our investment grade rating. The CEO dropped a hint about the change in the mindset of the company. “We have already adjusted to the new market realities,” he remarked, adding that the company is setting higher targets for M&A returns, preserving liquidity, and taking action to manage expenses and free cash flow generation. “For us to make a significant external transaction, it has to look exceptional in terms of return and value creation,” he underlined.

An alarming and consistent dip in Tencent’s market cap was the last thing Naspers would have hoped for. On October 6 this year, the numbers dipped to a new low of $321.03 billion. If Naspers/Prosus hoped to fund the deal by selling a one or two percent of Tencent, then clearly it was not happening. And at the same time the company was in no mood to dip into its cash reserve. “BillDesk happened to be the collateral damage,” the VC points out. “The long and falling shadow of Tencent eclipsed the deal,” he says.

The scrapped BillDesk deal highlights the reality that Naspers/Prosus is dealing with. CEO Dijk again dropped a hint in June this year. “The bar for M&A is very high. We only prioritise those investments that we are absolutely convinced will get us an excellent return,” he underlined during the earnings calls. Given the global context, and a free-fall in the market cap of Tencent--which happens to be the best bet of Naspers/Prosus—BillDesk didn’t appear a great dollar for dollar opportunity.