The startup has galloped at a lightning pace since it started operations in January 2018. But what it is attempting isn't easy 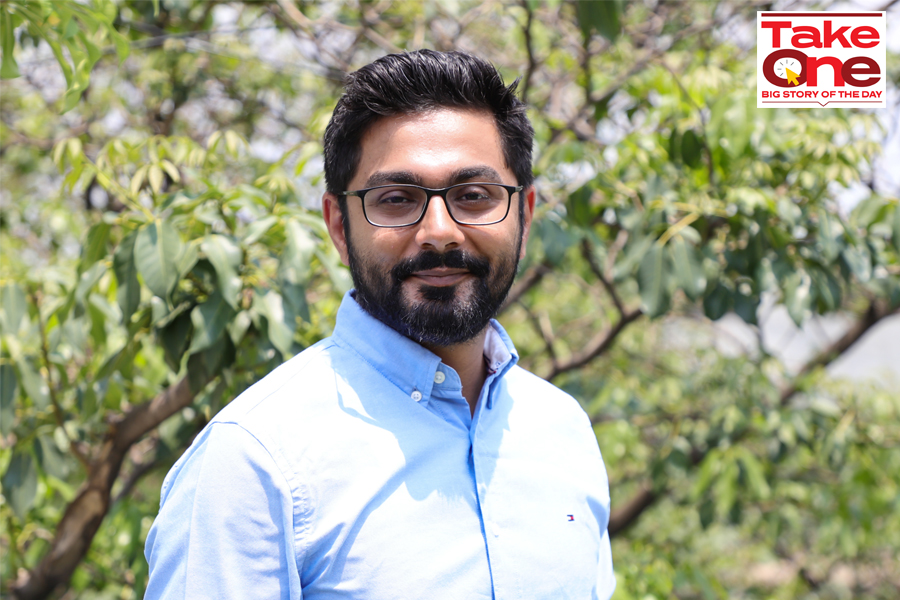 Varun Dua, founder and CEO, Acko General Insurance For roughly 13 years, Varun Dua failed to move the needle his way. After a fleeting tryst with the marketing and advertising world—an internship at Leo Burnett in 2002 after finishing college—Dua landed in the ‘premium’ world. A freelance insurance project convinced the young lad that his calling lay in the business of providing ‘cover’. Subsequent stints at Tata AIG and Franklin Templeton for the next couple of years gave him a firm footing, and understanding, of the complex insurance sector. Still, something was missing. As an employee, there was a limit to how much he could push the envelope in terms of decision making. Dua took a leap of faith in 2009 and turned entrepreneur by starting a CRM (customer relationship management) and contact centre company for insurance and financial services. The venture had a decent start. In two years, it had 300 people and $3 million in revenues. Dua was not satisfied. There was no technology involved, no real value addition or creation for customers. He exited the business, and decided to create a tech back-end for the insurance sector.

Next came GlitterBug Technologies, a software venture that built web apps assisting online insurance sales. The startup integrated complex insurance legacy systems to simplify and automate workflows by offering cloud-based voice record storage and mobility solutions apart from a bunch of other services. The show went on for two and a half years. Until Dua met up with Anupam Mittal, founder of Shaadi.com. In his hunt for funding, Dua had a meeting with Mittal. Within 20 minutes, Mittal declined to invest. After a few days, Mittal pointed out the reasons over a cup of coffee. First, the business won’t scale. Though as an entrepreneur, Dua could make a neat stash, there was nothing for a backer. Second, Dua and his venture failed to capture the larger picture; they were confined to building software only. Inspired to do something bigger, Dua shut down the software business and started Coverfox, an online insurance aggregation platform in October 2013, pitting himself against the likes of PolicyBazaar which had been in the business since 2008. Three years into Coverfox, Dua was discontented. He found four cardinal propositions for consumers missing: Better experience, better value, cheaper product and faster claims. All these, he underlines, were not possible in the business of aggregation, where the product—which is not designed and controlled by the online selling platform--is largely designed from the point of view of brokers or agents. The customer experience, too, is something the platform could do little to improve. Cut to December 2020. Dua reckons he has finally moved the needle. His new baby Acko, a digitech general insurance startup, has galloped at a lightning pace since it started operations in January 2018. Gross written premium has jumped from Rs 141.89 crore in FY19 to Rs 373.07 crore in FY20; over 650 million policies have been sold during the same period; funding raised has ballooned to $200 million, with marquee backers such as Amazon, Flipkart's co-founder Binny Bansal, Accel, SAIF Partners, Swiss Re, former SoftBank executive Kabir Misra's RPS Ventures, Munich Re Ventures, NR Narayana Murthy’s Catamaran Ventures, and Kris Gopalakrishnan. What, though, matters most to Dua are not the financials but fixing the four cardinal metrics for now. First, there is ‘better experience’ for consumers. The products are 100 percent digital, there is zero paperwork from purchase to claims and renewals. Second, there is ‘better value’ as well as Acko has created a niche in ‘byte-sized’ insurance or ‘sachet’ insurance with premium ranging from Re 1 to Rs 600. What’s more, the products are ‘cheaper’ as there are no brokers involved. So hefty commissions paid to the middlemen are passed on to the consumers. And, finally, the claims are settled ‘faster’. While a policy gets issued within 90 seconds, the claims filing process gets completed in 3 minutes; and the customer receives a claim settlement in 3 days. “We are disrupting the insurance world with technology and innovations,” he says.

What Dua is trying to do is not easy. Sunil Mehta, non-executive chairman of Yes Bank and former chairman of Punjab National Bank, explains why. The dice has always been heavily loaded in the favour of the big boys. The Indian insurance industry, explains Mehta—who was a former board member of Acko—is highly regulated with a framework originally designed for traditional insurance businesses. The erstwhile regulatory construct ensured financial stability with large promoting entities that met stringent fit and proper tests, and had deep pockets and the ability to infuse large amounts of capital when required. For any startup in a regulated industry, Mehta emphasises, it becomes critical to convince the regulator of its technical and innovation prowess in addition to other licencing prerequisites. Robust underwriting standards, strong data analytical tools and a highly efficient digital distribution platform for pioneering insurance products become compelling factors for a startup’s participation in the industry’s growth, he points out. Acko deciding to build a digital-only, customer-centric insurance company, and applying for a general insurance licence despite not being part of a large business house or promoter family, was an ambitious task, he contends. “Acko is set out to disrupt the insurance segment by building a new-age insuretech company,” says Mehta, adding that reach and credibility would continue to be critical for the startup. Dua, for his part, knows how critical the credibility factor is, especially in the insurance business. “I want to build an institution. We are not a fly-by-night operator, or somebody who would need to be rescued,” he says. The biggest among the factors that have worked well for the insurance startup is a direct to consumer approach. “By going direct, Acko was able to offer comparable insurance coverage at a significantly lower cost,” says Shivathilak Tallam, senior investment analyst at Unitus Ventures. In the motor insurance business, which makes up over 70 percent of the revenues for Acko, one of the biggest expenses is channel costs. What also aided growth was the convenience offered, including pick-up and drop services, and a quicker processing of claims in-house. “All led to a better customer experience,” says Tallam.

What has also done wonders are bite-sized insurance plans. Take, for instance, the phone protection programme that it offers in partnership with Amazon. The plan—for handsets bought from Amazon--provides coverage for incidents such as accidental drops, liquid damage, screen cracks and software-related issues. All a consumer has to pay is Rs 400-500. If the screen gets damaged, a user just needs to share a picture of the damaged part, no questions asked and Rs 5,000 gets deposited in the bank account. Then there is the Ola ride insurance plan, a first-of-its-kind in-trip insurance programme where a user booking a ride just needs to pay Re 1 to be covered for loss of baggage and laptops, missed flights, accidental medical expenses, ambulance transportation, and emergency hotel requirements. For the users of redBus and GoCabs, Acko offers customised travel insurance products covering trip cancellation, bus-type mismatch, and cab delays. “Bite-sized insurance was a complete whitespace and Acko is now a category leader in this segment,” says Tallam. While in traditional businesses like motor and health, Acko repackaged known insurance products in a faster and cheaper form for digital-first customers, in the non-traditional product segment, the startup found whitespaces and created micro-insurance products. “If done well, this can be a very profitable business line,” he says, adding that the offering in health and Covid has also gathered pace. Meanwhile in Bengaluru, Dua points out how quickly his health vertical has scaled up. Launched in March, the segment now contributes 10 percent of revenues. From providing a comprehensive health benefit proposition for employers which covers not only hospitalisation insurance but also provides primary care and fitness benefits, Acko custom-designed health coverages for gig economy workers whose needs are different from regular employees. Apart from products such as Corona Kavach, which are available for retail users to buy, Acko extended Covid covers to groups such as Amazon sellers. “We have seen a great increase in awareness and demand for health insurance products over the last few months,” claims Dua. “I won’t be surprised if it becomes bigger than motor in a year or so,” he adds. Health, he points out, is a much bigger segment than auto and the headroom for growth is immense. For Acko, which saw a 50 percent dip in business from April to July, the rebound has been fairly quick. The business gathered pace, especially with the rollout of the Indian Premier League, where Acko partnered with the Delhi Capitals. “There has been a 30-40 percent month-on-month growth since then,” he says, adding the startup is also advertising during the current India-Australia cricket series. “It’s all about building a brand,” he says. The flip side, though, of aggressive advertising and quick brand-building is obvious: A bleeding bottom line. Losses have spiked from Rs 134.37 crore in FY19 to Rs 187.78 crore in FY20. Dua, for his part, contends he has his eyes firmly fixed on the losses as well. He explains how he is doing a trade-off between investing money to build a brand or to keep paying commissions as the traditional players offer to agents or aggregators. Unlike life insurance, where a customer gets locked for life or decades, consumers have to see value to stick to a motor insurance or health insurance player. “My customer renewal rate is as high as 65-70 percent,” he claims.   The backers are not worried about the rising losses. Abhinav Chaturvedi, partner at Accel, one of the investors in Acko, reckons that to create products for a changing world, it is imperative that insurance companies have a strong relationship with their customers. “People just want to pay for what they use, and nothing else,” he says. To create such products, he says, startups need to quickly churn data and feedback into product features. Though a few incumbents recognise the need to innovate, they are held back by the constraints of their underlying business model and infrastructure. Data advantage, strong customer relationships and customer-centricity are long term sustainable competitive advantages that have done well for any business. “It should be no different for Acko,” he adds. Dua asserts he would ‘move the needle’ in terms of business metrics as well. While companies in the insurance sector take at least seven years to break even, he says, Acko would reach that mark much before that. “The focus for the next few years is to ensure Acko moves from a company to an institution.”

Tweets by @forbesindia
VIDEO: In India, who will get the vaccine first?
Ar. Ruchi & Amit Seth, husband-wife duo redefining architecture and design