With tax authorities cracking the whip on top Chinese handset players for alleged tax evasion, India is well-placed to prop up the desi boys to mute the dragon's play in smartphones. But will the government make the right move? 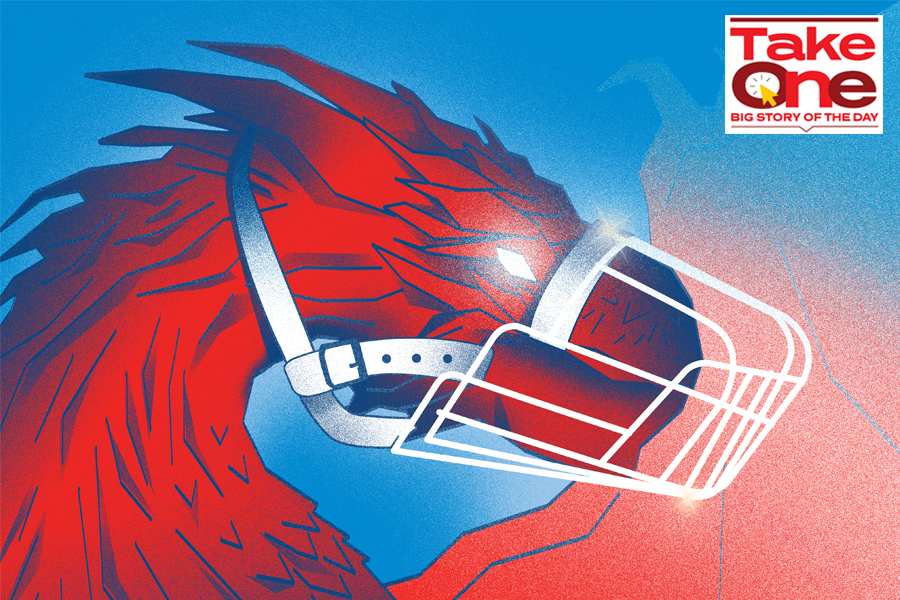 Let’s start with a fact. The Chinese checkers board game traces its roots to Germany. Reportedly, the name ‘Chinese Checkers’ originated in the US as a marketing scheme by Bill and Jack Pressman in 1928. Now let’s talk about a fantasy, which is inextricably intertwined with this fact. Almost everybody perceives Chinese checkers to be a Chinese game.

Back home, in 2014-15, India was in the midst of a fine interplay between fact and fantasy. The fact was the emergence of a new breed of homegrown players led by Micromax, which toppled Nokia and Samsung to take pole position. There was wide exuberance. Analysts and industry observers predicted a MILK (Micromax, Intex, Lava and Karbonn) revolution across the country. The start was promising, MILK boiled, but it spilled after a few years. The fantasy ended when Chinese players vanquished the Indian clones.

Over the next eight years, a new fact emerged. Indian players got decimated and the smartphone market became synonymous with Chinese brands. In the second quarter (April-June) of 2022, over 70 percent of the smartphone market in India was dominated by companies from the Dragonland. Out of this, 66.3 percent is cornered by just four players—Xiaomi, Realme, Vivo and Oppo—according to the mobile phone quarterly data provided by IDC. 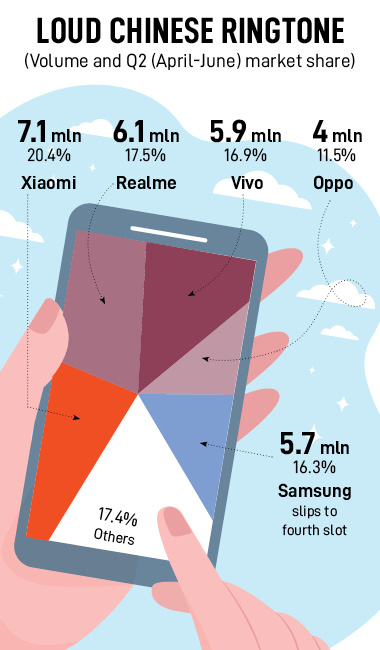 Now let’s talk about fantasy, and its multiple strong versions. The first one—and this is a recurrent theme—emerges whenever tension between India and China flares up. There is a clamour for banning and boycotting Chinese goods. Interestingly, it flames out in days, if not months. Nothing changes at ground level. Then there are serious allegations of tax evasions against the Chinese firms. Union Finance Minister Nirmala Sitharaman recently informed the Rajya Sabha that the government is looking into cases of alleged tax evasion by Oppo, Vivo and Xiaomi. There was a huge hue and cry.

Nothing, though, changes on ground. The Chinese smartphone players continue their dominance and Indian consumers continue to buy Chinese handsets (see box). While Oppo and Vivo didn’t respond to a list of questions sent by Forbes India, the Xiaomi spokesperson couldn’t be contacted.

Harish Bijoor explains the paradox in consumer behaviour. The consumer is a two-minded person. “There is good-for-country at one end and good-for-me at another end,” reckons Bijoor, who runs an eponymous brand consulting firm. While consumer greed is personal, consumers’ ‘feel-good’ jingoism is a public factor. “In many ways, this new consumer is a wolf in sheep's clothing consumer,” he underlines, adding that the consumer speaks in two tongues. “He and she will rile the corporate brand but consume the consumer brand offering gleefully,” he contends. Vivo, Oppo, Realme and Xiaomi, Bijoor points out, are classic cases in point. The fact remains that the market is overwhelmingly loaded in favour of these players. Everything boils down to demand and supply. 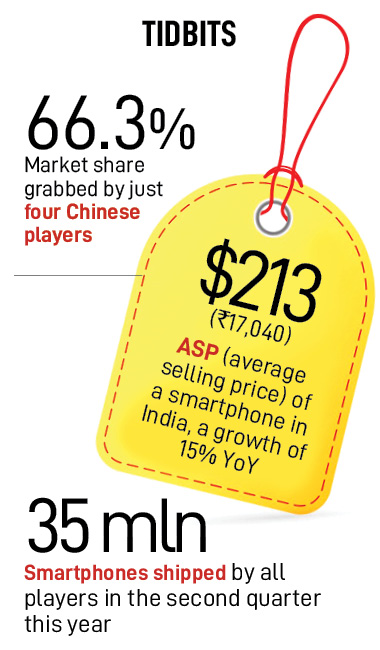 Now comes the latest fantasy cookie, which is being baked. The government is reportedly making a fresh attempt to reign in Chinese players. This time, though, the strategy is aimed at focusing on supply rather than influencing demand. There are talks about shunting Chinese players out of the under $150 (Rs12,000) smartphone segment. Does the move make sense? “Absolutely,” says a top ranking government official requesting anonymity. “Look at the market dynamics,” he points out. Around 60 percent of the market is between $100 and $200 (Rs8,000-Rs16,000). “This is the belly of the market. Once you are out of this, you start losing the game,” he contends, adding that once these players start losing volume, then it becomes an existential problem for them.

But if the Chinese exit the entry-level segment, who fills the gap? The game clearly is over for MILK. The old breed of desi players have lost the plot, lack mass appeal and also are not strong enough to replace handsets which are same, if not superior, in features and technology. The above-quoted official talks about a new permutation. “What if boAt, Noise and others fill the gap?” he asks. It’s a strong possibility. “These players are dominating the wearables segment, are widely popular, and beating the Chinese at their game,” he contends. The government, he adds, might push them to make a transition to smartphones.

Industry analysts and experts reckon that the government is serious about its intent this time. “It’s not as far-fetched an idea as you would imagine,” says Navkendar Singh, associate vice president, (devices research), IDC India, South Asia & ANZ. “Indian wearables players are now big brands,” he says, alluding to the dominance of boAt and Noise. Look at the market dynamics in the segment. boAt and Noise had a 34.3 percent and 11.5 percent market share, respectively, in the second quarter this year, which makes them bigger than Chinese rivals OnePlus and Realme which bagged 8.7 percent and 4.6 percent share, respectively. In the smartwatch segment, Noise, Fire Boltt, boAt and Titan collectively have over 75 percent market share. “So I don’t see why this success can’t be replicated in the entry-level smartphone segment,” he argues, adding that adequate support from the government can realistically change the dynamics over the next few quarters. “It will not happen overnight, but can it happen? Yes, absolutely,” he says.

While Noise and boAt declined to comment on the possibility of exploring entry-level smartphone market, another desi player is keen to take the plunge. “Most of our products,” he explains, “are made by third-party manufacturers in India.” If these guys, who have tech collaborations with Taiwanese players and have set up extensive manufacturing plants in India, can make headphones and smartwatches, then can’t they make smartphones? he asks.

Well, realistically they can. Take, for instance, Noida-based Optiemus Electronics, which once had Zen mobile as its brand, was the brand licensee for BlackBerry mobiles in Southeast Asia and India, and made devices for LG, HTC, Oppo, OnePlus, and JioPhones. It also has a tech collaboration with Wistron Corp of Taiwan for manufacturing smart devices, including smartphones. “They can make for us if we get enough government funding and support,” the above-quoted founder of a wearable Indian brand says, requesting anonymity. Optiemus Electronics declined to comment on the story. 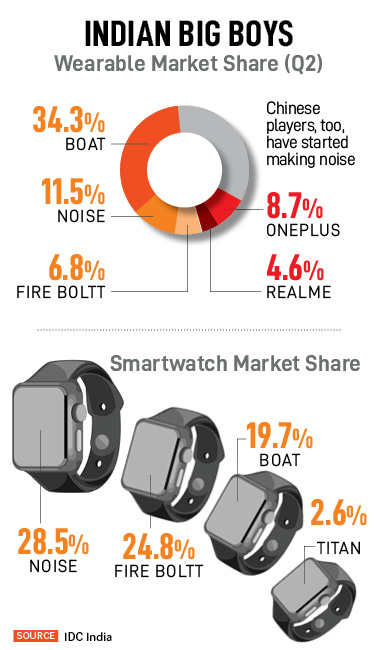 In spite of strong possibilities to prop Indian players in the entry-level smartphone segment, there are still gaping holes in the new ‘fantasy’ theory. “In a Chinese checkers game, there are places where marbles have to be fit,” says a senior smartphone analyst. To win the game, one has to get all the marbles to the opposite point of the star. “It’s easier said than done,” he reckons, requesting not to be named. The biggest flaw in the new theory to checkmate the Chinese, he underlines, is the assumption that the new Indian players can replicate their success. “One plus one is two and not eleven,” he says. The very fact that the Chinese dominate smartphones, and not wearables, proves the theory wrong. “You can’t copy and paste success from one category to another,” he points out.

The other problem lies with underestimating the way the smartphone market is changing in India. The sub-$100 category (Rs8,000 and below) had a steep decline from 22 percent a year ago to 17 percent, according to IDC data. With consumers upgrading and an increase in average selling price—ASP of a smartphone in India stands at $213 (Rs17,040), a growth of 15 percent year-over-year—Chinese players would be more than happy to vacate the less lucrative entry-level segment. The third problem lies in the speed of implementation. “The government is still mulling. Nothing is finalised,” says the above analyst, adding that even if a law comes into place, it would take a good year or so for the new Indian players to make a mark. “Still there are lots of ifs and buts,” he says. “If the government is serious, then it must bite and stop barking.”

Well, the smartphone game, and Chinese checkers, will be loaded in the favour of Chinese as long as all the marbles don’t move together, and in the right direction.