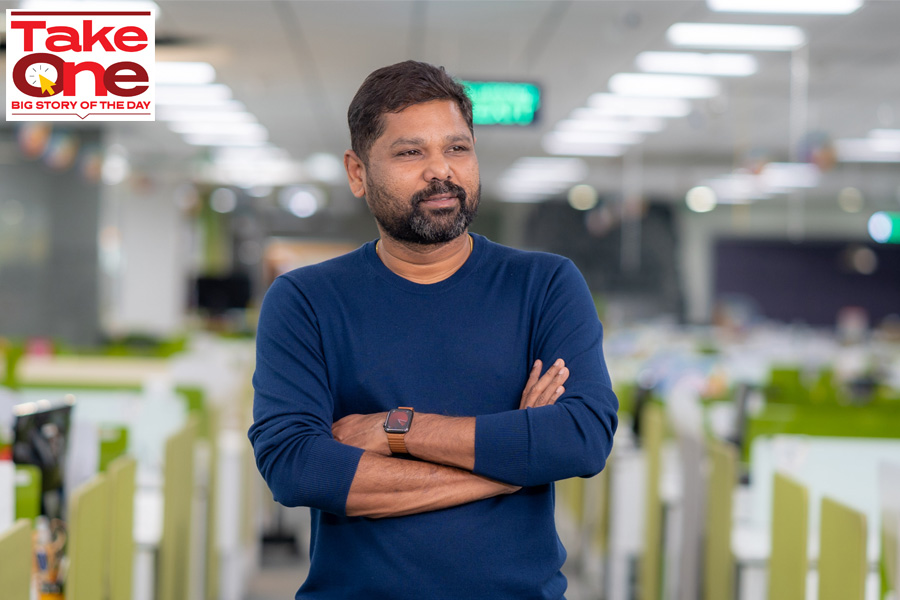 For a fairly long time, Girish Mathrubootham resisted the move to America with a strong belief that world-class business software can be built from India. The founder and CEO of Freshworks had established a US presence fairly early, but product development at the company, which makes cloud software for customer engagement, still happens in India. And until mid-2019 Mathrubootham was running the show from Chennai, where most of the company’s staff are based. A few years ago, when it hit $100 million in revenue, there was celebration within the company, as also in the nascent Indian software-as-a-service ecosystem. Mathrubootham and Freshworks were feted as big, genuine successes. However, “every time I travelled to the US, I'd find that there were so many companies at $100 million, and they’re really small”, Mathrubootham said in a recent interview with Forbes India.

He also realised that companies like Salesforce, Zendesk, HubSpot, Splunk, Palo Alto Networks and others that had gone from $200 million or $300 million to a billion dollars in revenue in a matter of a few years. “That was fascinating to even think about. It can only be done in the Valley,” he said, referring to Silicon Valley. And that changed his mind. He surprised investors—who in the early years of the startup would ask him if he wanted to move, only to be told ‘no, I want to build this from India’—and his staff by announcing he was moving. In fact, at an all-hands company meeting, ‘why are you moving to the US’ was the most asked question and the entrepreneur’s response was “I felt like an Indian athlete who had won the chance to compete in the Olympics, so should I go or not?” “I moved to the US in 2019 on the day India lost to New Zealand in the world cup,” Mathrubootham, an avid sports and cricket fan, recalled. “When [Mahendra Singh] Dhoni got out, I changed my flight. I was going to go to London to watch the final, but changed and flew to San Francisco.” “We may win or lose. That’s fine. I’m fine with that. But we had to go and run. We had to really see if we can take Freshworks from where we are to crack the billion-dollar-revenue mark in the next few years.” Last month, Freshworks announced it had crossed $300 million in annual recurring revenue and that the company ended 2020 with growth of more than 40 percent. “I wanted to really learn from the leaders who had not only seen scale, but also velocity. I didn’t want to take 10, 15 years to grow. I wanted to grow fast.” And Freshworks has already been doing that. It took the startup 18 months to get to $1 million. From $1 million to $100 million took five years and two months, and only another 18 months to double it, which was not long after Mathrubootham moved to the US. Freshworks got to $300 million in the next 14 months. Product focus
Building products that are relevant to customers is fairly straightforward to think about, but incredibly difficult to execute and succeed at, but that is probably the main reason behind Freshworks’s success. Freshworks was founded in 2010 as Freshdesk and Mathrubootham started out with one eponymous helpdesk software. Today his venture offers a suite of products for customer engagement and employee engagement. And Covid only made companies like Freshworks more relevant because every business now needs to sell online and requires the tools to do so effectively and efficiently. Freshworks’s products are omni-channel, helping businesses talk to their end-customers via not only the conventional methods of phone or email or texting, but through Facebook, Instagram, WhatsApp, Apple business chat and any other internet-based channel that might become popular. The products are used by customers in 125 countries, while the US has always been its biggest market—contributing between 40 and 50 percent of its revenue. In comparison, Silicon Valley companies tend to have 80 percent or more of their revenue from the US and even as they become bigger companies, they tend to have 60 percent or more of their sales in the US, Mathrubootham says. The lower share of revenue from the US means “we have so much headroom to grow”, he adds. “Girish understands the importance of culture in building a lasting franchise, and we agree with his approach of having been thoughtful about scaling, focussed on achieving both product-market fit and a proven distribution strategy before broadening Freshworks’s footprint,” Ravi Mehta, founder of investment firm Steadview Capital, said in an email. Steadview invested $85 million in Freshworks in January 2020, picking up a stake from existing investors. “The US expansion has been executed exceptionally well, but even now, two years later, we still see enormous upside from having a physical presence in the West,” Mehta added. 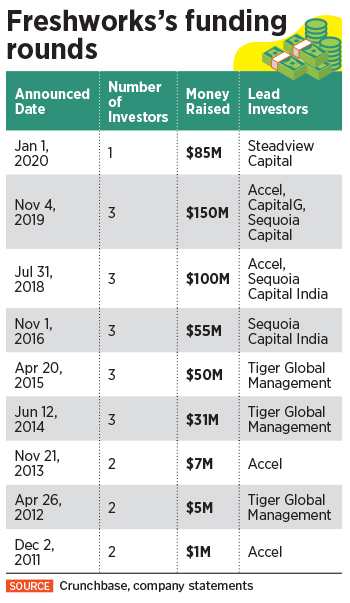