Intermediary Rules much worse than believed

Legal experts, technologists and civil society activists believe while some elements of the rules work, many are ambiguous, cumbersome and strenuous on fundamental rights 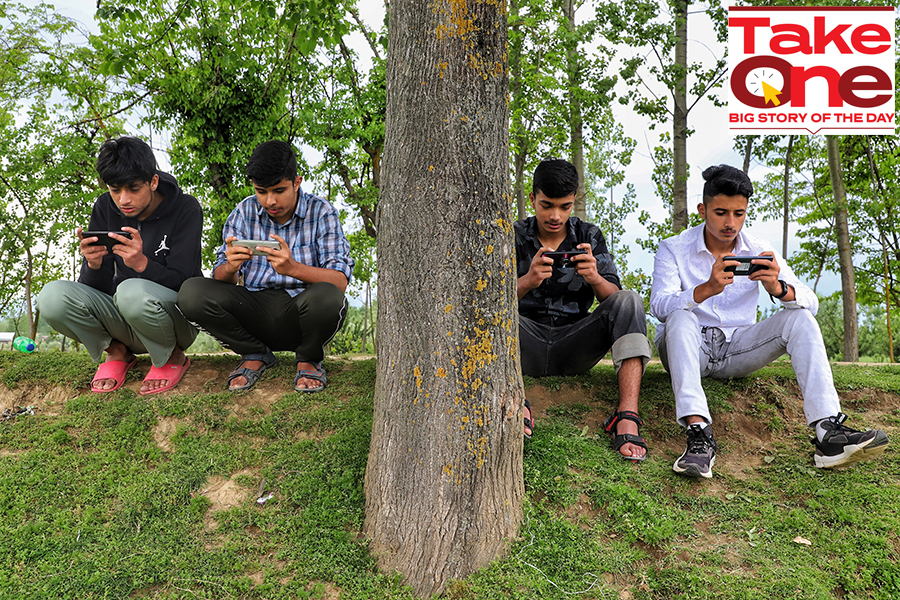 You are reading this article on forbesindia.com. You are either connected to a Wi-Fi or to a cellular network, both of which are enabled by a telecom service provider (TSP), an intermediary. Or you might be in a cyber café, another intermediary. Maybe you decided to go anonymous and thus used a VPN. That’s an intermediary. Forbes India bought the domain from a domain registrar (such as GoDaddy) and might be using a content delivery network (CDN such as Cloudflare) to deliver videos to you quickly. The site might be hosted elsewhere (such as HostGator) while the magazine’s data may live on certain servers (such as Amazon Web Services or Google Cloud Provider). We might be editing our article on a content management system (such as WordPress). We might be processing your subscription payment via Razorpay or CCAvenue. All of them are intermediaries. You may have looked up this article on Google (intermediary), came across it on an RSS feed (intermediary) or saw it on Twitter (intermediary). You may even choose to comment on this article, thereby making at least that section of forbesindia.com, you guessed it, an intermediary. You may now decide to head to Amazon or Bahrisons to buy a book on intermediaries. Both of them are also intermediaries. Practically all Internet Service Providers (ISPs) are intermediaries.   Given their pervasiveness, any attempt to regulate them is bound to have a cascading effect on the entire internet and how we access it.   And that is precisely what happened when the Ministry of Electronics and Information Technology (MeitY) notified the Information Technology (Intermediary Guidelines and Digital Media Ethics Code) Rules, 2021 on February 25.

Apart from the Information Technology Act itself, and the still-awaited Personal Data Protection Bill and the National Cyber Security Strategy, no other legislation—delegated or otherwise—has the kind of impact on internet-based and related services as the Intermediary Rules. The reason is simple: Our access to the internet is enabled by a chain of interlinked intermediaries—intermediaries are basic internet infrastructure. If one goes down, major chunks of the internet get affected (read: Fastly outage, Google Cloud outage).  An intermediary only “receives, stores or transmits” electronic data on behalf of another person but does not produce it. As a result, the idea is that it cannot be held liable for the content that third parties disseminate using it and must have “safe harbour”, that is, immunity for intermediaries from liability for third-party content. The Indian Information Technology Act, 2000 recognises that and thus offers safe harbour under Section 79 while the American Communications Decency Act offers it under Section 230.   Safe harbour is considered essential for proliferation of internet-based services and to enable the polymorphism and malleability that are among the defining characteristics of the internet. Its abrogation, on the other hand, instils fears of private companies cracking down on free speech in order to evade liability.   This immunity from liability is not unconditional. The intermediaries must fulfil certain basic due diligence requirements to qualify for this immunity. And that is precisely what the Intermediary Rules sought to do.  At the heart of the matter is a deceptively simple question: Until what extent are platforms exempted from liability and when do their obligations to take down problematic content start? Through such interventions, are intermediaries automatically becoming arbiters of content? Does merely labelling content as misleading wreck a platform’s safe harbour or is it a good faith measure necessitated by the need of the hour, if not law?  With these hefty considerations, it must be said that it was unlikely that any Intermediary Rules that the MeitY notified would have garnered criticism. However, as Forbes India’s conversations with legal experts, civil society activists and technologists reveal, while some elements of the rules work, they were not expected to be this ambiguous, cumbersome, and strenuous on fundamental rights. The Rules have drawn criticism from across the world.   On Wednesday night, Nick Clegg, former deputy prime minister of the UK and the current vice president of global affairs and communications at Facebook, called these rules “highly intrusive” which is why Facebook (along with WhatsApp) is challenging the traceability requirement in court. He was speaking at Rights Con, a digital rights conference organised by Access Now.

Social media intermediary is too broadly defined
Forbes India spoke to more than 20 legal experts, policy professionals, activists and technologists to understand these rules and there was a consensus amongst all of them that the definitions of social media intermediary is too broad.   Common sense understanding (and the repeated stand-offs between Twitter and the Indian government, summons to Facebook over content moderation, cases against WhatsApp to enable traceability before the notification) suggests that only social media platforms, as understood in common parlance, should have been included here. While platforms such as Facebook, WhatsApp, Twitter, YouTube, Instagram, Koo, JioChat and Sharechat were meant to be covered, the definition is broad enough to include email (Gmail, Outlook, Yahoo! Mail), collaborative tools (Google Docs, Office 365), comments sections of all kinds (on Zomato, Amazon, news websites, even on Namo app) and cloud storage providers (Dropbox, Box, Google Drive) as social media intermediaries. Even multiplayer online games that have chat features, such as Ludo King or World of Warcraft, are social media intermediaries. And whenever they have more than 50 lakh registered users in India, they are significant social media intermediaries (SSMI).   And because there is no exemption for government intermediaries, MyGov, a citizen engagement platform with more than 1.7 crore registered users that was developed by MeitY’s Digital India Corporation where users can discuss new government policies, is an SSMI.  “The definition is reasonably vague because it talks about enabling any sort of ‘online interaction’ between two or more users. While the intention is to clearly regulate social media, as it is understood in common parlance, the definition is wide enough to include cloud telephony services,” says Nikhil Narendran, partner at law firm Trilegal. “Even if you just open a chatbox to enable messaging, you could be an SMI. For instance, an app which enables messaging for a trading website, which, as a part of trading, lets users communicate with each other, even if it is limited to certain aspects of the trade per se, and it has 50 lakh users, it will have to comply with these things.” An earlier iteration excluded business-oriented transactions, search engines, email services, etc. from the definition of SMIs, exemptions that were worth preserving, Narendran said. Such exemptions would have brought the Intermediary Rules in line with the Personal Data Protection Bill, 2019 as well. In a right to be forgotten case dealing with Facebook and Instagram photos of a woman that were shared without her consent on a pornographic website, and have thus become “offensive by association”, a single-judge Delhi High Court bench directed Google to use automated proactive tools to take down content that is “exactly identical” to content that has already been taken down.   (Right to be forgotten is not a statutorily recognised right in India yet, but in the landmark 2017 Right to Privacy judgement, the importance of the right, was recognised. As per the judgement, the right to be forgotten is not an absolute right that allows for erasure of criminal past, but “there are variant degrees of mistakes, small and big, and it cannot be said that a person should be profiled to the nth extent for all and sundry to know”. In the Personal Data Protection Bill, 2019, right to be forgotten is recognised as one of the four rights a user has.)  This obligation, exists only for an SSMI and Google, by its own admission and subsequent appeal against this decision, said that it is not an SMI but a search engine that only indexes search results. However, interestingly, even in Google Search, it is possible to comment on things and review them, thereby arguably making the ‘search’ function itself an SMI. For instance, if you search for the movie Inception, the search engine solicits ratings and reviews from the audience.   Here's a fun fact: While intermediaries have obligations and SSMI (SMI with more than 50 lakh registered users) have additional obligations, social media intermediaries by themselves don’t. As a result, defining who a ‘registered user’ is of elevated significance, but the rules do not do that.    “How are they counting registered users? Are they depending on DAUs [daily active users] or MAUs [monthly active users]?” asks Torsha Sarkar, policy officer at the Centre for Internet and Society. Or are they going by total registered users? What happens to dormant accounts or when the user count goes down? “Honestly, it is quite hard to lose registered users… People rarely actively go and delete their accounts,” says Udbhav Tiwari, public policy advisor at Mozilla. And is there a difference between paying and free users? “According to me, both—free and paying—users will be registered as long as they give their details. I don’t think the rules take into account dormant accounts,” says Priyadarshi Banerjee, a Supreme Court lawyer who has represented both Twitter and Google in the past.    The problem of artificially inflated user counts is a real one. For instance, if a user has a personal email account, another email address provided by their workplace, and another by their alma mater, do they count as one user or three registered users? “Ideally, they would be counted as three users. However, if they were to start verifying the actual identity of each and every person, then one could possibly argue out but the question is whether they want to do that exercise,” says Narendran. 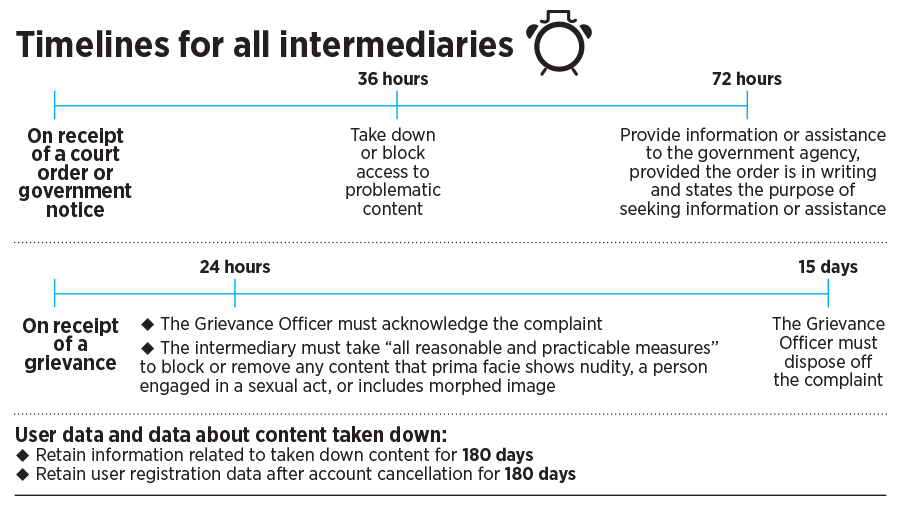 Tweets by @forbesindia
News By Numbers: Only 36% of India's 26 million persons with disabilities are employed
Saubhgaya Vardhan & Oikoshreem: Where idea meets quality execution