There are fundamental reasons why other markets have suffered but India has not, says Manishi Raychaudhuri of BNP Paribas in an interview 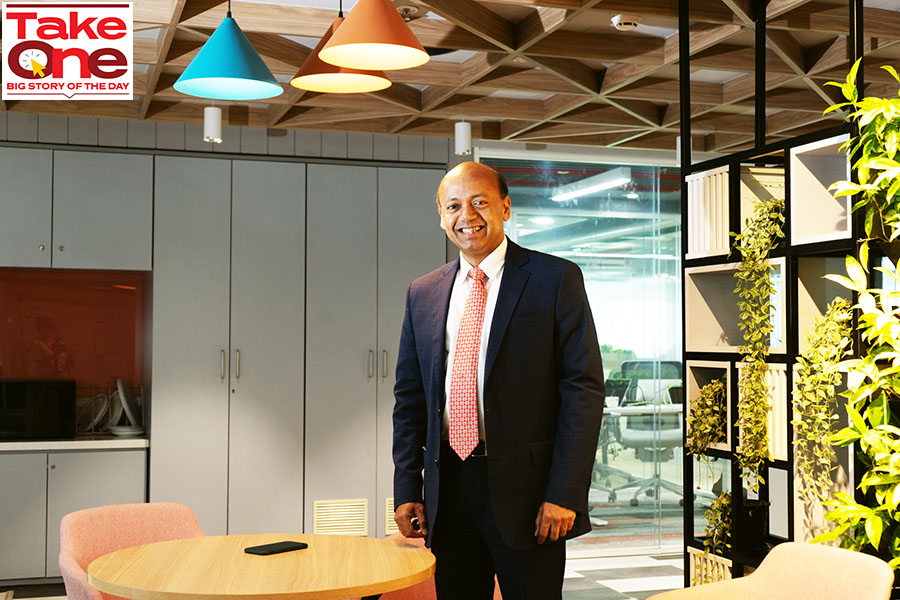 Raychaudhuri thinks 2022 was a perfect storm for equities but India is a stable island due to corporate revenue growth and increased formalisation of the economy. He expects Asian economies opening up in 2023, making it a better year.

Q. India is your cherry pick among the other emerging markets (EMs) and developed markets (DMs). How do you define your confidence in Indian markets?
We run an Asia excluding Japan model portfolio, where I am overweight India now. Compared to India’s benchmark weight of about 18.5-19 percent in the MSCI Asia excluding Japan index, it has 22.5 percent weight in my model portfolio. So, we have a significant overweight stance on India. That’s an exact quantification of my extent of bullishness on the Indian markets.

Q. Doesn’t steep valuation, which Indian markets command, bother you?
I think for the time being, investors around the world are willing to pay the high valuations for relative stability. Not just stability in terms of economic growth, but also corporate earnings growth, even though Indian markets have suffered a degree of earnings estimate downgrade. Still, corporate earnings growth estimate for any of the major indices like MSCI India is in the range of 14-18 percent, over the next three years, which is rare to find in emerging markets. You would have a much higher degree of volatility in North Asia and pockets of South Asia. We think this combination of earnings estimate volatility and turmoil in North Asia due to demand retrenchment in developed markets is what’s giving India an aura of relative stability.

At the same time, you have a degree of not only stability, but also decent forecast earnings growth in India that is being bolstered by some economic policies: Supply-side measures adopted over the last two-three years, the impact of which is just becoming visible. I think in this context, investors are willing to pay that valuation premium.

I can make another point about this valuation premium. If you look at India's valuations on a standalone basis, it is close to 19-19.5 times one-year forward price-to-earnings (PE), with the long-term 25-year average being about 18.5 times. On a one-year forward price-to-book (PB) basis, India trades at 3-3.1 times versus the long-term average of about 2.75 times. Both these are maybe around 7-10 percent higher than the long-term average. This is not up to one standard deviation higher than the long-term mean. Hence, the standalone valuations of India are not egregiously expensive; what looks expensive is the relative valuation.

When you plot that against Asia, Japan, it is more than two standard deviations higher than the long-term average. That's because North Asia has been dragged down. When you look at it from that perspective, the valuation game becomes relatively clear. It is basically that other markets have suffered badly and India has not, but then there are fundamental reasons behind it.

Also read: Why Indian bond investors are laughing all the way to the bank

Q. One critical asset is the currency. Indian currency against the dollar has been weakening. How does an investor counter that?
It is a concern, no doubt. This phenomenon of the US dollar wrecking ball, as we call it, has taken away flows from the entire emerging market. If I look at Asia as a whole, markets such as Taiwan have suffered a much higher degree of outflows than India has. This year the Indian rupee is down close to 10-12 percent. It is somewhere in the middle of the pack.

I think that is a concern for emerging market investors, especially in times like these, because think of someone who has raised his resources, his/her funds in US dollar terms. If the currency depreciates 10 percent, he/she loses 10 percent. The point I am trying to make is that it is not an India-specific issue. It's holding back investors from investing not only in India, but also Korea, Taiwan, Thailand and so on.

Q. Overall, institutional flow from the foreign countries, especially the foreign institutional investor (FII) route, has been actually declining. How do you think Indian markets will stay supported, in a scenario if domestic institutional investor (DII) money also starts dwindling?
India suffered between October 2021 and July 2022, when about USD 33.4 billion were taken out of India. Since then, we have seen some recovery — it has still been wobbly. Not only is the US Federal Reserve hiking rates rapidly, much sharper than what we anticipated earlier, but it is also in the midst of an aggressive round of quantitative tightening. It is much more stringent than what we had seen in the round of quantitative easing in 2018. In this context, we are likely to have a continued strengthening of the US dollar against emerging market currencies and, therefore, emerging market flows would remain wobbly.

On domestic institutional investor flows, in the short or near term there could be some degree of pressure purely because interest rates have increased. But if you look at it slightly long term — maybe the next three or five years — DII flows and domestic retail flows can only increase. Why? Because, in a nutshell, the domestic investor is desperately under-invested in Indian equities.

Q. Inflation is a headache for central banks across the world and US Federal Reserve has been very clear about raising rates. RBI, too, is likely to follow. How does one approach equity markets now, with inflation and sustained rate hikes?
In case of India, a large part of this inflation is imported inflation. I think consumer price index (CPI) data over the last two months has been trending down, and it's not difficult to see why. Prices of industrial metals, metals, copper, aluminium steel are down about 30 to 40 percent, from the peak. Final nail in the coffin is China, where producer price index (PPI) is negative. Now, China is back into deflation.

I wouldn't be surprised if China exports deflation sometime in the first or second quarter of next year, which most of the central banks in this part of the world, will begin to appreciate it. That is why, while some central banks in Asia have almost mimicked the Fed, like Bank of Korea, there are many others which have not been as stringent as the Fed in terms of raising rates, India being one of them.

There would still possibly one more round of rate hikes by the Reserve Bank of India, but it's unlikely to be anywhere close to as sharp as what the Fed has done.

Q. Overall, as you see earnings recovery in India by FY24, what are likely to be key triggers?
We expect a strong earnings recovery for banks, both public and private, but more so for private. Where's that coming from? Two reasons. We are seeing loan growth, non-food credit growth — now about 15 percent — driven largely by consumption, possibly urban consumption. But at some point — maybe not now, maybe a year later — even the private capex cycle should kick in. So that's one sector that is almost 30 percent of the market.

Another big sector in India, Indian IT services, and those tech hardware manufacturers in North Asia are characteristically different. The orders that Indian IT companies have are relatively long duration in nature and, therefore, that gives them visibility. Those companies would generate revenue not only in FY22, but also FY23.

The third contributor would possibly be the energy sector, where, I think, oil prices would remain stable.

Q. Interestingly, why do you think private capex will pick up?
Capex depends on basically two things. Number one: If you have capacity utilisation going up, say, to 80-85 percent, then corporates would think of expanding their own capacity because they have to cater to incremental demand. Second — and this is allied to the first point — it's ultimately a game of return on cost of capital expansion: As long as that is positive, my investment is profitable.

Q. If you look back, how would you define 2022 for equity markets, besides the Ukraine-Russia war?
There’s a Latin phrase, annus horribilis, which basically means ‘a horrible year’. There is no other description for 2022, as far as equity is concerned. For Asian equities, even 2021 wasn't too good. For India, 2022 hasn't been too bad.

I would say Indian investors are used to 15-20 percent growth. In a year like this, if you have 4-5 percent nominal growth in local currency and maybe minus 5 percent growth in US dollar terms, that's a superb outcome. Markets in Hong Kong, China and Taiwan are down 30-40 percent.

Q: What led to such negative returns in 2022?
It was a perfect storm, considering how we progressed along the year. Late last year, we had this accelerating concern about the US Federal Reserve raising rates, and now we are there. Across the year, this narrative about the Fed rate hikes and monetary policy tightening has only accelerated.
The military disturbance in Europe, which was unanticipated, had the usual impact on fuel prices, etc.

On top of that, closer home, we had policy-related difficulties. In Asia’s biggest market, China, private sector companies felt pressure on the regulatory front. China’s zero-covid policy that began in the early part of the year has continued through the year. None of this was anticipated at the beginning of the year.

Also read: How Will US Mid-term Elections Impact Indian Markets And Economy

Q: Going ahead, what are your expectations for 2023?
I would expect some of those factors to turn better. A clear-cut recessionary picture might force the Fed and possibly Europe to end hiking rates by the first quarter of 2023. Second, even stringent, restrictive policies in much of Asia — particularly China, where the zero-covid policy is in force — might change around the second quarter of next year. It would also ease supply chains, so no more serious disruptions to manufacturing. Basically, this means the opening up of economies, especially in Asia.

Tweets by @forbesindia
Many companies aren't Prepared to replace underperforming CEOs
How do you talk about sex in a country where talking about sex is taboo? We ask Reckitt's Dilen Gandhi