In one of its largest markets globally, collaboration platform firm looks at expansion, brings in new features suited to a post-Covid world 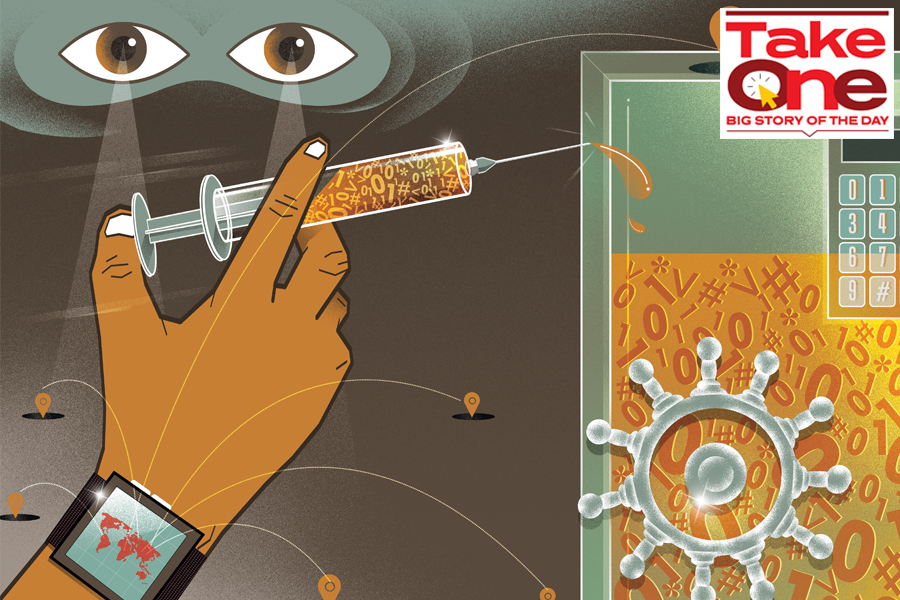 Globally, Slack has 18 million daily active users and 156,000 organisations use the app.

One of the largest global players for instant messaging and collaboration Slack recently announced the launch of data residency for Slack in India. The move comes as a part of the company’s expansion plans in India given the large user base it has in the country. For the platform globally, India is one of the largest markets globally in terms of users—both paid and free.
According to the company, data residency for Slack makes it easier for customers to comply with corporate or regulatory standards, and also helps immensely with privacy and security of customer data. “Setting up a data residency takes massive efforts in terms of investment and infrastructure. This is important for regulated industries like healthcare, financial services etc. and is also significant for businesses that want to keep their data within the country,” says Rahul Sharma, India country manager, Slack.

Slack has been present in India since 2018, after the company acquired Pune-based technology company Astro, which set up its product development centre in India. “It was only a year ago that the company started its go-to-market function, to build a team that was more customer facing, helping them adopt the technology across their business,” adds Sharma.

Globally, Slack has 18 million daily active users and 156,000 organisations use the app. Though the company did not share India-specific user numbers, in terms of staff the Slack India team has grown to over 120 employees across offices in Pune, Mumbai, Bengaluru and Gurgaon. Some of the largest tech companies, such as Zomato, Dream Sports, Freecharge and Razorpay are Slack's customers. Given how price sensitive the Indian market is, it is one of the two markets globally where Slack operates on emerging market discounts. While a company in the US would pay $100, an Indian company would pay $40 for the same offerings.

Given the fast-paced growth of the platform in India in a short span of time, Slack has extended its data residency to India. A data residency is a physical or geographic location for storing an organisation's data or information.

A lot of organisations globally are becoming aware of how and where data is stored. “Increasingly, companies are concerned about the sovereignty of their data and how they can protect consumer data,” says Sharma, adding that having data reside in a foreign country can be risky, since there are multiple regulations and legal hurdles that the company has to comply with.
Data localisation was a requirement as per the draft Data Protection Bill, 2021. According to Anushka Jain, policy counsel, Internet Freedom Foundation, the government had stated that it wanted data localisation, “to ensure effective enforcement of the data protection law, to prevent foreign surveillance, avoid vulnerabilities in our fiber-optic cable network systems and promote growth in the Indian digital economy.” Data localisation laws in countries like Brunei, China, Indonesia, Nigeria, Russia and Vietnam are perhaps the strictest of all.
Also read: Salesforce goes for Slack: The M&A playbook for tech supremacy
However, on August 3, 2021, the Centre withdrew the Personal Data Protection Bill, 2021 after four years of deliberation. “This means,” says Jain, “there is no requirement for data localisation in India currently.”

Experts believe there are multiple concerns when it comes to data localisation, a massive one being surveillance. “The availability of all this data in India, means it may be accessed by the Indian law enforcement, which could lead to surveillance,” says Jain.

Tools for a Post-Covid World

Slack’s focus has always been on building digital headquarters—not only for communicating effectively, but also collaborating for work. Now it is evolving and adding new features for the hybrid world of work.

In a post-Covid world, the San Francisco-based platform’s new research showed that for the Indian workforce, good leadership is as important as salary for talent retention. The research draws a clear link between poor leadership and a dip in employee morale and productivity and shows that post the pandemic, half the workers in India are burned out and two-thirds are considering switching jobs in the next year, while 5 percent admit to ‘quiet quitting’.

“This critical time was significant for leadership in India—how do you guide your organisation and its people into a changing environment and not enforce the old pre-pandemic ways and lead them into the new change?” says Sharma. Earlier there was a social stigma associated with working from home, which doesn’t exist today. But like leaders focussed on building physical headquarters, Sharma believes, they now need to do that in building digital first organisations too.Also read: Slack's stock soars, tripling its valuation on first trading day
“We didn’t realise what wasn’t working about the old ways of working, until the pandemic. We are now thinking about how work is going to change over the years. Everybody needs a Digital HQ now—whether it’s fully in office, remote or hybrid,” Cal Henderson, Slack’s co-founder and chief technology officer said at a recent Slack APAC event.

“When we went completely remote, we missed those in-office quick conversations with colleagues at lunch, in the elevator, or outside the meeting room. That’s why we created a feature like ‘Huddles’—a conversation that you can jump into with colleagues on a channel or on DM,” added Henderson. The average time for a huddle is less than 10 minutes—far more efficient as compared to 30-60-minute long meetings. Though it started off as an audio-first feature, it also allows people to turn on video now.

There are enough and more platforms including the likes of Microsoft Teams, G-Suite, Zoho Cliq and others for instant messaging at work. But there are some things that differentiate Slack and make it stand out, says Sharma. “A lot of products that we get compared to are point solutions which do one specific thing really well—it could be messaging or online meeting. These are perceived to be products for work communication and collaboration, but what they’re really solving for is the communication bit of it and not collaboration.”

Slack has an integration with close to 2,600 applications, and the team is constantly working on adding more. On an average, an enterprise has over 110 applications that are being used by an employee. “Imagine jumping between all these applications, it’s a huge productivity loss. Our research says that people lose five days in a year switching between applications,” says Sharma.

The company was acquired by global leader in CRM Salesforce in July 2021 for $27.7 billion after the pandemic saw a boost in demand for people working remotely. The acquisition was reportedly the largest deal for Salesforce since it was founded 21 years ago. “Salesforce and Slack have been working on creating a new way to work by powering digital HQs for today’s digital first world. On a single platform, users can connect employees, customers, partners, tools, and workflows with a shared view of the customer across teams and departments to drive success from anywhere,” says Sharma. Slack is also being integrated into every Salesforce cloud and every industry solution.

Also read: Videoconferencing hinders creativity, study finds
Another new feature that Slack will be introducing early next year is Canvas. In this space, teams will be able to curate, organise and share mission-critical resources, which can have text, videos, links, images and comments. “It is like that board on your office wall, but it gets updated seamlessly and everyone can see it, no matter where they are in the world,” says Sharma.

Amidst the global tech layoffs, Salesforce is gearing up to lay off close to 2500 employees. Has Slack been impacted? Sharma says, “The world is dealing with a lot of economic uncertainty and businesses everywhere are trying to do more with less. Our focus is on helping our customers use technology to help their businesses succeed.” Though there are no new products being built specifically for the Indian workforce currently, the hope is to continue growing deeper in existing markets, while integrating newer applications.

Tweets by @forbesindia
Life after Layoffs: How employees can get back on their feet, and what companies can do
Dubai readies for FIFA World Cup with luxury yachts for 'real VIPs'