The commodity cycle has turned. Will the momentum sustain?

After collapsing during the pandemic, commodity prices have bounced back quickly, but don't show signs of a super cycle as yet 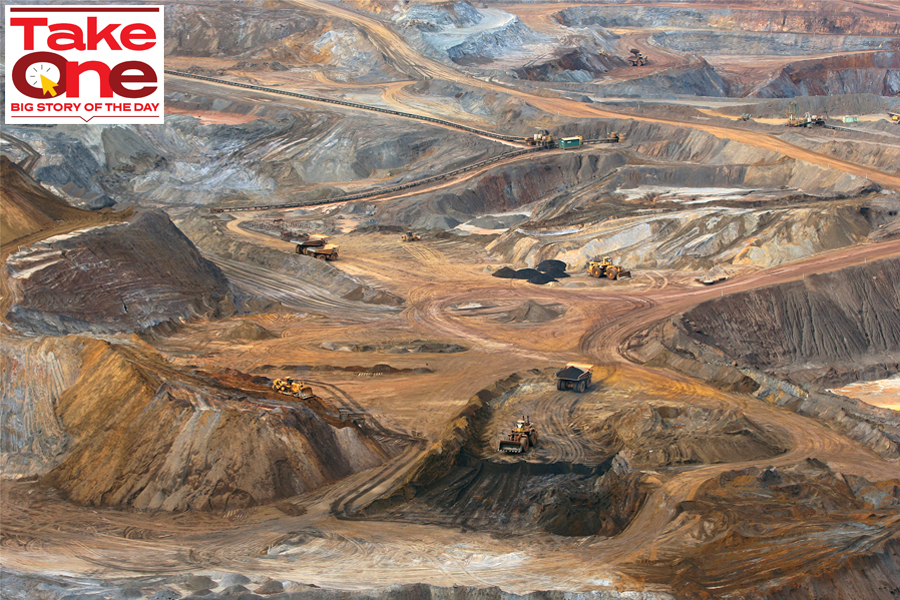 Last March, as the world economy shut down, commodity producers knew they were in for a harrowing time. Demand fell off a cliff and producers scrambled to cut capacity. Mines shut shop, rolling mills ground to a halt and oil transporters had to pay buyers to take delivery. One year on, they’ll readily admit the speed of the bounce back in prices (and demand) has caught them by surprise. While a part of the surge in prices is on account of the ‘everything rally’ phenomenon that commodities along with other assets from stocks to bitcoin and gold to oil have been swept into, a part of the increase in demand is on account of inventory restocking as well as anticipated spending on infrastructure. The net result is that prices look set to stay elevated for an extended period. Already some commodities have hit prices last seen at their past peaks. At $175 per tonne, iron ore costs as much as its 2012 peak. Copper prices are up by 70 percent in the last year to $9,100 a tonne and oil has doubled in the last year to $70 a barrel. “Even now, demand continues to surprise. This, coupled with inventory restocking, has led to prices rising,” says Naveen Mathur, director, commodities, Anand Rathi. This sharp swift rise has stoked inflation expectations, which were largely absent from the developed world for the last decade. Commodity bulls are asking whether we could be in for a commodity super cycle—an extended period of prices rising for years, even decades. Exchange-traded products that track commodities are proving to be popular again. These were popular in the 2000s before falling out of favour after 2014. A point to note is that the price rally looks steep on account of an extended downcycle. Adjusted for inflation, oil, copper and iron ore are still off their peaks. Most commodities are globally traded and prices often track a global benchmark. 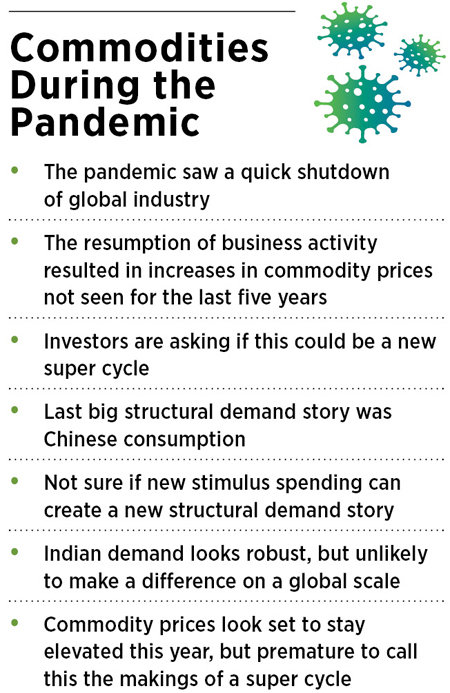 There are others who believe this to be a more cyclical upturn in prices. “Super cycles are part of decades-long shifts that come about with a structural shift,” says Kieran Clancy, assistant commodities economist at Capital Economics. A structural shift, such as the infrastructure building post World War II, or the rise of Chinese consumption is absent this time. “Our view is that the strength in prices will not last and come down in the second half of the year,” says Clancy. Lastly, there is the shift in demand patterns for certain commodities on account of the green economy. Demand for oil could fundamentally decline even as it rises for aluminium, cobalt and lithium that are used in electric vehicles. The Pandemic Reset As the last decade drew to a close, demand for commodities had reached a peak. This was primarily on account of new sources of supply as well as lower demand from China, which had seen the largest infrastructure build-out the world has seen. It had seen steel production rise from 128 million tonnes in 2000 to 970 million tonnes in 2020. Along with steel, it became the world’s second largest consumer of oil and at 1.6 million tonnes, the second largest producer of copper after Chile. As demand rose, so did production, while prices were flat for much of the decade. Seshagiri Rao, joint managing director of JSW Steel, estimates that investment from commodity producers hit a 62-year low by the end of the decade. While this maintained an equilibrium in supply demand, there was little incentive to invest in new sources of supply. 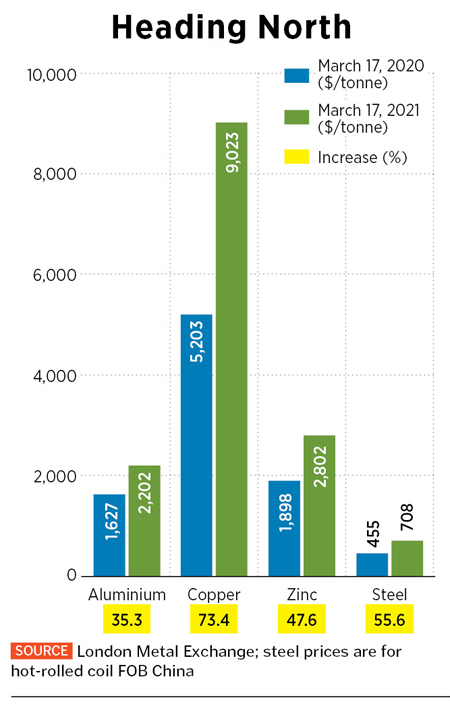 When the pandemic struck, both the producers and customers saw a simultaneous shutdown in capacity. Analysts say this was a unique event as the world had never seen such a shutdown before. With no sign of demand returning, producers scrambled to cut costs. What surprised the markets was the quick resumption in business activity. By June, industrial units were up and running, and with a lack of supply, they began to run down inventory. “Initially we thought the upturn was on account of restocking, but the way things have evolved, it is giving us the impression that demand could be longer than the three to four quarters we initially believed it would be for,” says Rao. At the same time, the fiscal policy response to the pandemic was stronger than the 2008 response after the Lehman crisis. The US has promised to spend a total of $5.4 trillion, with a large part of it going for infrastructure spending. “The purse strings have been loosened for infrastructure spending. Once this starts, it is usually a three-to-five-year cycle,” says Malay Mukherjee, former CEO of ArcelorMittal. He estimates that of every Rs100 spent on infrastructure, Rs30 is spent on commodities. Given these circumstances, he believes there will be an extended cycle.  In India, too, the response to the crisis has been different from the 2008 response, when it was more of a monetary policy push. There has been more fiscal support and the government has indicated that it is comfortable with an elevated deficit level as long as spends are channelled into asset creation. As a result, the demand pick-up is expected to remain for the next three to five years for commodities—iron ore, steel, copper, zinc, aluminium and cement.

Fresh capacity investment usually has a three-year lag, according to Rao, who believes this cycle should continue till then. Along the way, there could also be shorter term issues like supply disruptions on account of mine closures or shipping problems. In the recent past, there has been a shortage of long steel products on account of working capital issues at the mills that supply them, but disruptions like these are expected to be short-lived. Mukherjee expects prices to stay within a 7-10 percent range. Super Cycle? Given the quick pullback in demand, the case for a commodity bull market is clear. First, there has been a lack of investment due to climate change concerns. Second, as economies become more green, there would be an increased use of commodities in that transformation. Third, fiscal deficits look here to stay for the foreseeable future. Fourth, in a world with negative interest rates, equities are seen as an asset class with a positive yield. Commodities have also begun to occupy that position. For ,instance, the difference between the spot and January 2022 price of iron ore is 38 percent. In other words, owning commodities even for short periods can prove to be beneficial. Super cycles, however, demand a decades-long shift in demand patterns to take prices with them. They are, at times, accompanied by short boom-and-bust cycles but the general trend remains upwards. Also, within a super cycle, different commodities behave differently, but they all come out on top as a basket. As of now, it is not clear whether such a shift is likely to take place. There are enough signs that cooling demand from China, and the fact that it is unlikely that demand from India or infrastructure spending in the West can pick up the slack. Clancyof Capital Economics points out that policy stimulus is rarely a driver of decades-long trends. These can, at best, lead to shorter cycles, but these are not super cycles. From what he has seen of the US stimulus plan so far, it doesn’t have anything to make a difference to demand on a global scale. Instead, China, the last big consumer, is on track to contribute 200 million tonnes of scrap to the global steel market every year starting 2025, putting another leg of downward pressure on prices. "China growth was the last structural bull story for commodities. Since then, there has been oversupply and falling investments," says Mahesh Sethuraman, country head of global sales trading at Saxo Capital Markets, while pointing out that the strong rally in metals is triggering talks of a commodity super cycle partly because of the poor baseline since the peak of China’s growth-driven boom. 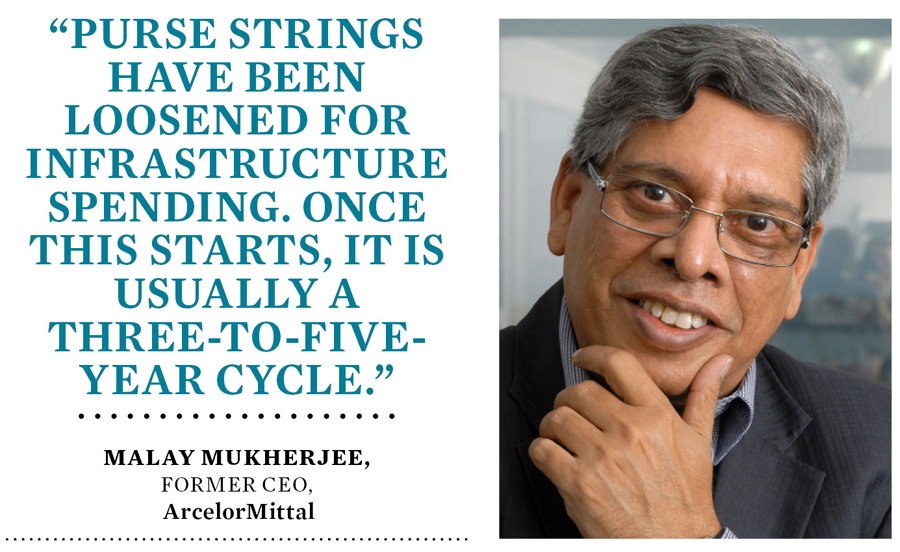 There is one silver lining though. The demand for electric vehicles will result in increased demand for commodities, especially aluminium. Manufacturers of electric vehicles prefer aluminium as it is lightweight and has enough tensile strength. Compared to an internal combustion engine, cars that run on batteries have up to 20 percent more aluminium content, according to the CM Group, that specialises in commodity research. Add to that demand for lithium, cobalt and nickel for batteries even as demand for oil declines. Watch this space to see which way the commodity graph is headed.