WhatsApp Payments: What's with the (C)App?

WhatsApp has finally got the green signal to start payment services in India in a graded manner, but has the NPCI bowled a googly by capping the UPI transaction limit? 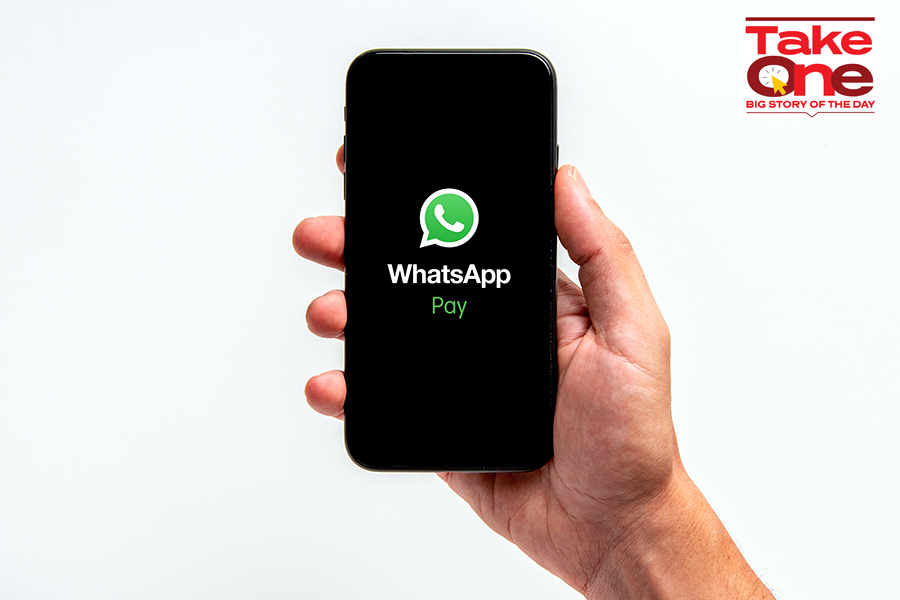 Is the cap a way to prevent a WhatsApp monopoly in the payments space? There's something magical about leg spinners, the way they toss the ball, make it turn away from the batsmen after tempting them to come down the track—only to get stumped. Jitendra Gupta decodes the magic by pointing out something else: And there’s the googly, the wrong’un that spins towards the batsmen like an off-break. Googlies, points out Gupta, are bowled off the field as well. It seems like that's what the National Payments Corporation of India (NPCI), the umbrella organisation that operates the Unified Payments Interface (UPI), has done; it has capped the total volume of transactions processed via UPI by third-party app providers at 30 percent. “Everybody got it wrong by thinking that it will benefit WhatsApp,” smiles Gupta, founder of digital banking startup Jupiter Money, and former managing director of PayU India. The announcement came on the same day WhatsApp Pay got the go-ahead to move out of beta mode and launch on UPI in a ‘graded manner’.

With UPI reaching 2 billion transactions a month, NPCI underlined in a media release that it has put a 30 percent cap. “It will help address the risks and protect the UPI ecosystem as it further scales up,” NPCI added. The cap will be calculated on the basis of total volume of transactions processed in UPI during the preceding three months (on a rolling basis). The existing third-party app providers exceeding the specified cap will have a period of two years from January 2021 to comply in a phased manner, the release explained. NPCI is yet to reply to an email sent by Forbes India, seeking the rationale for the cap. Gupta, meanwhile, explains the googly. Though the limit will bring down the market share of Google Pay and Flipkart-owned PhonePe—reportedly 41 and 42 percent, respectively—it’s designed to save them from an impending dominance of WhatsApp. “Had the capping not been done, WhatsApp would have easily garnered 70 to 80 percent market share very quickly,” says the founder of Citrus Pay and Lazypay. “Capping is draconian for WhatsApp. It could have been a clear winner.”  WhatsApp declined to comment on the capping question sent by Forbes India. “Our goal is to help make sending payments as easy as sending a message and this is in line with supporting India’s goals towards greater financial inclusion for all citizens,” the spokesperson commented in an email reply, and shared a video statement of Facebook chief executive officer Mark Zuckerberg. Back in India, a fintech entrepreneur and founder of a digital wallet brand agrees that capping will limit the scope of damage that WhatsApp could have done to its rivals. WhatsApp, which has been piloting its payments since 2018, has been allowed to expand its UPI user base in phases, starting with a maximum registered user base of 20 million. “But the nod comes with conditions,” the entrepreneur says, requesting anonymity. “They are thrown in the ring but their hands have been tied." The move, he reckons, is more suited to protect other players and ensure that WhatsApp doesn’t have a monopoly. Last July, WhatsApp reportedly had over 400 million users in India, its largest user base.  Other indusry experts echo the same sentiments. “It's a very-well-thought move by NPCI to ensure no single third-party app providers can dictate terms on UPI,” says Ashneer Grover, co-founder and CEO of BharatPe. WhatsApp’s entry, he points out, will expand the UPI market manifold. “I don’t see any competition for BharatPe, but it will take away significant market share from the players operating on the consumer side,” he says. BharatPe is a payments app for offline merchants. WhatsApp’s entry, reckon venture capitalists, will intensify the fight in the digital payments market in India, which is billed to grow over three-fold to Rs7,092 trillion by 2025 from Rs2,162 trillion in 2019-20, according to RedSeer Consulting. “Over time, WhatsApp will surely make serious dents in this category,” says Sanjay Swamy, managing partner at Prime Venture Partners. The entry of WhatsApp, he points out, will bring in several hundred million new consumers into digital payments. “Secondly, for P2P (peer to peer) payments, it will likely be the most convenient experience,” he says, adding that for larger merchant payments and utility bills, there is a lot more work to be done. “There will be less of an impact in these areas,” says Swamy, adding that WhatsApp is likely to widen its play in India over the next few years. “I can see WhatsApp becoming a marketplace for short-term, instant credit that is provided by multiple lenders,” he adds.  Gupta of Jupiter Money decodes WhatsApp's game plan. “They would most likely build a WeChat kind of ecosystem in India,” he says, explaining the model. From booking a cab to a flight ticket and hotel, everything can be done from the same app, from one place. “It will morph into a super app,” he says. For WhatsApp, which has waited for over two years to make an entry into the payments space in India, even a constricted play to begin with is a Diwali gift.

Tweets by @forbesindia
Why you must not become a know-it-all: "Tiger" Tyagarajan, CEO of the $7.4 billion Genpact
Despite modest market, India may emerge a strategic bright spot for Apple