Search for VG Siddhartha expands beyond the Nethravathi

Officials on the ground tell Forbes India that nearby beaches will be examined too, since the first 24 hours are crucial for such rescue operations 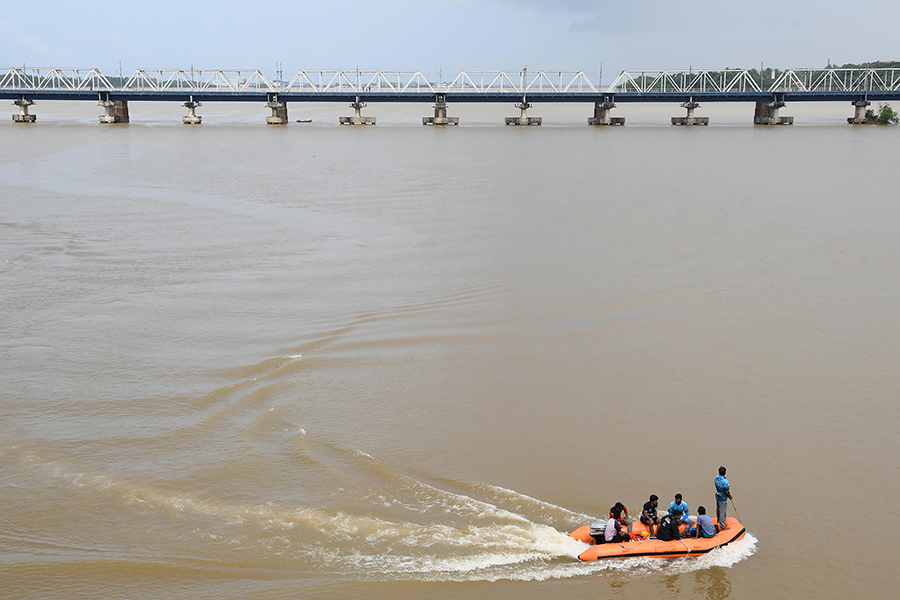 Dark monsoon clouds hover in Mangaluru as groups of passersby rush to the centre of the Nethravathi Bridge where Café Coffee Day founder VG Siddhartha was last seen on Monday night. On the spot are innumerable policemen—including Laxmi Ganesh, DCP (Crime and Traffic)—many of whom have been for over 12 hours. The railing over the bridge is just a couple of feet high, and below, the Nethravathi tears away with a depth of 5.6 metres (as on July 28), flush with waters from the rainfall in the region.
Around 4 pm on Tuesday, a hovercraft from the Coast Guard patrols the waters. It is joined by over 10 inflatable boats, besides local fishing boats and those sourced from the Home Guards. Each one of them has a trained diver aboard, but officials are also apparently waiting for the deployment of deep sea divers from the Navy. Sources at the spot say that police personnel are assembling between two piers on the vehicular side of the bridge, where a local fisherman claims to have seen a man jump off the railing last evening. Mangaluru MLA UT Khader, who was at the bridge earlier today, said that they hope to get more information by tonight. He added that the local ‘witness’ was fishing alone in the area and could not rush in to rescue due to the high tide. Deputy Commissioner of Police Hanumantharaya (Law and Order) says the helicopter expected to fly in from Goa to help with aerial search has not been able to take off due to inclement weather. Another police officer, on condition of anonymity, says that more than 30 boats are patrolling the river and its confluence with the Arabian Sea because of the strong currents. “The search is no longer restricted to the area where he is suspected to have jumped. We are going by the advice of experts and looking at nearby beaches too,” he says. Officials and local politicians constantly look up at a darkening sky. The loss of daylight calls for additional lights to continue the search operation. The first 24 hours are considered crucial when someone falls into the water. The Indian Coast Guard’s ICGS Rajdoot has purportedly been tasked to patrol off old Mangalore Port and maintain a “sharp lookout” close to the harbour mouth. Its hovercraft, ACV (H-198) is supporting the three diving teams deployed by the Coast Guard. A statement issued by the maritime authority states that the boat ICGS Savitribai Phule is on standby for deploying off old Mangalore port at a short notice. One can see at least six boats, apart from the hovercraft, standing on the bridge. The rest have spread across the river, and closer to the sea. Below, the Nethravathi flows, witness to what happened to the entrepreneur who introduced Indians to gourmet coffee, and a culture of forging relationships over a cuppa.