How presidential is your playlist? 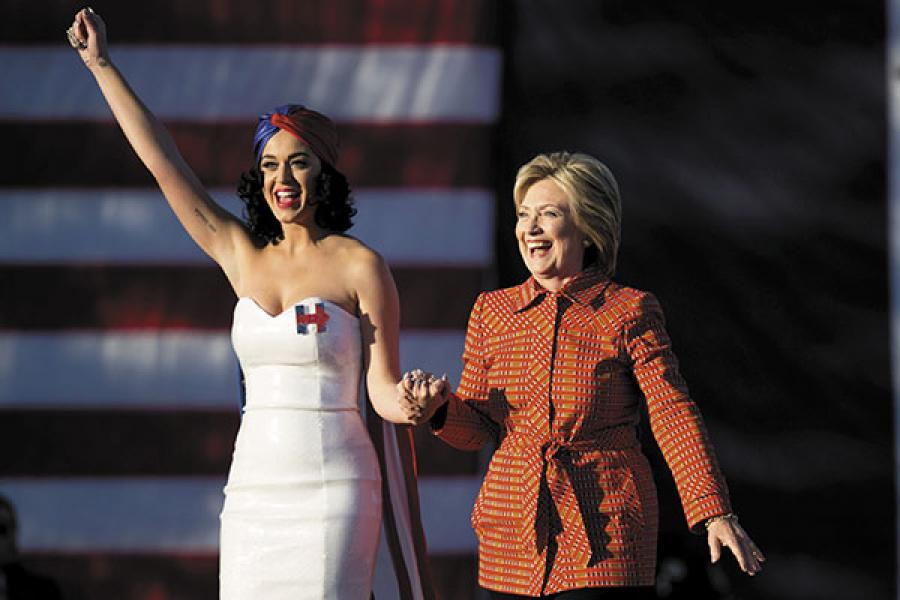 The White House, in August, released a playlist curated by US President Barack Obama, featuring a slew of songs from such sonically, stylistically and linguistically diverse artists as Manu Chao, Charles Mingus, Fiona Apple, Chance the Rapper, The Beach Boys and Caetano Veloso. The two-CD selection, divided into Daytime and Nighttime offerings, and titled President Obama’s Summer Playlist, was released on Spotify, the digital streaming service that alternative rock band Radiohead’s Thom Yorke once called “the last desperate fart of a dying corpse”. (Yorke & Co have obviously reconsidered their opinion, given that their latest album A Moon Shaped Pool, is available on the once flatulent near-cadaver.) 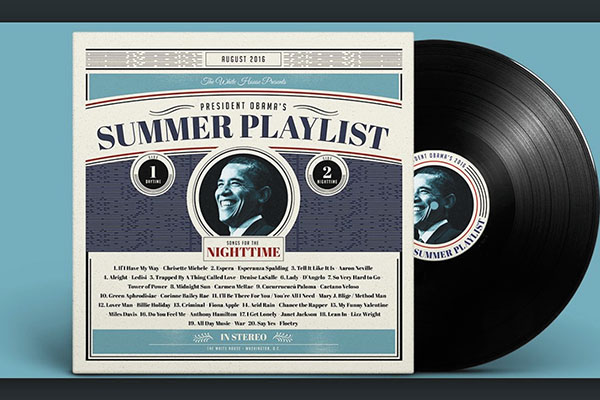 The recently-released President Obama’s Summer Playlist, curated by the president himself, is available on Spotify

But politicians as tastemakers? It doesn’t seem kosher, let alone cool. But then, we’re talking about perhaps the coolest national leader in at least the last couple of centuries (yes, my Canadian friends, Justin Trudeau is cool too, but I’ll bet he can’t move like Obama). Obama’s cultural opinion likely carries as much cred as a collegian music nerd. The outgoing US commander-in-chief’s musical preferences were first experienced in 2008 during the run-up to his presidency as well as his retention of the throne for a second term. Songs play a significant role in American presidential campaigns and the nation’s first black president’s campaign comprised a kickass bunch of tunes, astutely chosen as much to reflect his coolness as to rouse his followers. Heard on the trail were such multi-genre hitmakers as will.i.am, Ben Harper, Bruce Springsteen, Aretha Franklin, Brooks & Dunn and U2. 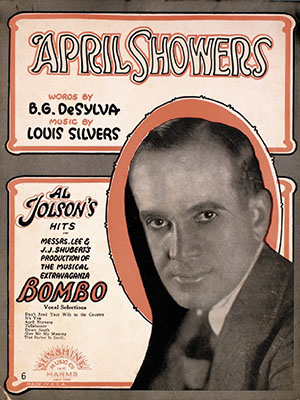 But previous contenders haven’t been quite as hip. The first couple of hundred years of presidential campaigns were populated with songs commissioned to support or tout the alleged virtues of the campaigner, such as ‘Adams and Liberty’ for John Adams; ‘Lincoln and Liberty’ for Honest Abe; ‘Hello, Lyndon!’ for Lyndon B Johnson; and ‘Nixon’s the One’ for Richard ‘I’m-not-a-crook’ Nixon, aka Tricky Dicky for his crooked ways. But before Nixon’s nefarious shenanigans came to light, he managed to trounce his challenger during his re-election campaign despite George McGovern’s much hipper campaign song. Unfortunately for McGovern, Simon & Garfunkel’s ‘Bridge Over Troubled Water’ wasn’t enough to upstage the tackily titled ‘Nixon Now’.

When Ronald Reagan pummelled the peace-loving Jimmy Carter in 1980 to re-establish Republican dominance in the White House, he did it with the help of his home state’s unofficial anthem, ‘California, Here I Come’, from the 1921 Broadway musical Bombo. Interestingly, the Swedish pop group ABBA had recorded their own version of the song in 1970, roughly 10 years before Ronnie’s winning bid. Reagan didn’t use the Agnetha–Björn–Benny–Anni-Frid (ABBA) version (despite the Swedes’ cracking impression of corn-fed cowgirls and -boys in the music video), opting instead for an instrumental version that served more as a background score than an anthem. 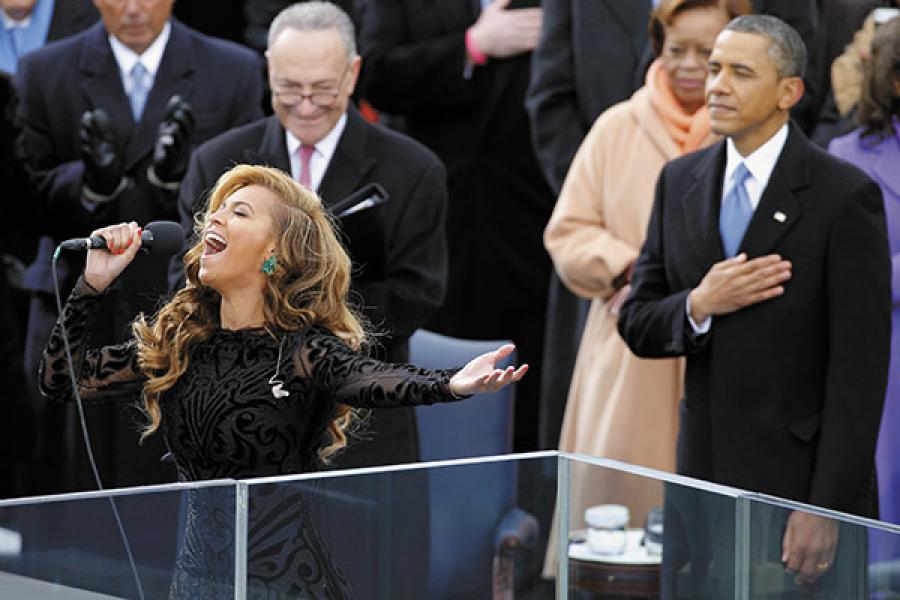 After Ronnie’s two-term reign, George HW Bush employed great irony (unwittingly, no doubt) when his campaign trail resounded to the strains of ‘This Land Is Your Land’. Folk icon Woody Guthrie, who’d been dead since 1967, must have been chortling while simultaneously turning in his grave at the thought of such a dyed-in-the-wool, lucre-loving capitalist choosing a ‘commie’ anthem for his march to victory. Bush’s Democratic opponent also recruited a wonderful song, but Neil Diamond’s ‘America’ couldn’t gain Michael Dukakis the sweetest seat in the Oval Office. 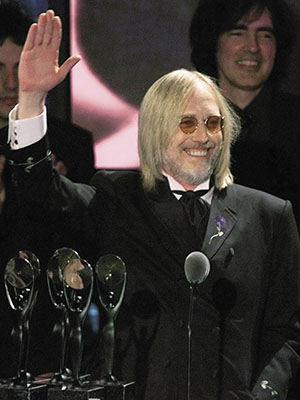 Image: Mike Segar/ Reuters
Tom Petty, whose song ‘I Won’t Back Down’ was used by George W Bush initially for his election campaign in 2000 before the liberal artist objected

When Bill Clinton showed up to restore reins to the Democrats, he took with him on the trail a Fleetwood Mac classic from their even more classic album Rumours. Clinton’s charisma was bolstered by his choice of unsentimental optimism expressed in ‘Don’t Stop’, putting him in the saddle for eight straight years. America’s salad days wilted, though, when George W Bush arrived in faux cowboy gear pumping Tom Petty’s ‘I Won’t Back Down’—until Petty hit dubious Dubya with a cease-and-desist order saying he hadn’t authorised the use of the song, which would indicate that the liberal musician was endorsing the conservative candidate. Sting and John Mellencamp followed suit with their own proscriptions to Bush. But neither those disallowances nor Al Gore’s choice of Bachman-Turner Overdrive’s stuttering classic ‘You Ain’t Seen Nothin’ Yet’ could outchart Bush Jr’s ascent. John Kerry was no match four years later either, and John Fogerty’s political and moral screed ‘Fortunate Son’ couldn’t make up for the Democratic contender’s conviction-less run.

Obama’s campaign set list, probably acquired with no reluctance from any of the artists, proved an effective soundtrack to accompany the oratorically blessed politician, whose slogans and adages could easily be compiled into an ‘Everybody’s Free (To Wear Sunscreen)’-style spoken-words-of-wisdom chartbuster. 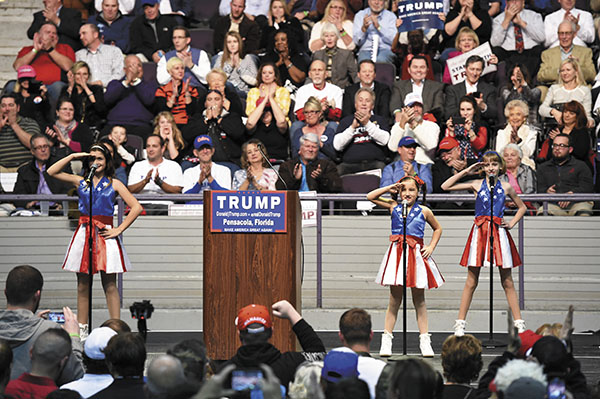 Cut to 2016 and the presidential song selections are just about as imaginative as the über-cool president’s lacklustre replacements. Hillary Clinton’s choice of girl-power crowd-pleasers are as plastic as her own artifice—Katy Perry’s ‘Roar’ and Rachel Platten’s ‘Fight Song’ have just that faux, airbrushed production quality as Clinton’s campaign promises. Donald Trump is no less synchronised with his music. Look up ‘Donald Trump Jam’ on the internet to witness a trio of young Barbies called USA Freedom Kids perform a song as clunky, disquieting and bizarre as Trump’s campaign.

(This story appears in the Sep-Oct 2016 issue of ForbesLife India. You can buy our tablet version from Magzter.com. To visit our Archives, click here.)

Tweets by @forbes_india
How Garmin mapped out a new direction with fitness wearables
Higher and higher: How IIMA is staying relevant in the global village