Embraer: The Future of Flying

The first credit for human flight in history is given to the Wright brothers, who took their first flight in 1903. However, for commercial air travel, that honor is given to the British Overseas Aircraft Corporation, which in 1952, provided the world’s first commercial jet service. Within commercial jets, there has been a constant innovation taking place throughout the industry. Whether aspiring to create faster, safer, or more luxurious planes, this highly competitive industry is always looking for the next big thing.

Everyone has a lot to thank for the advent of flying.  We can be in California at one moment, board a plane, have a drink, take a nap, and end up in Arizona at the next. But what price do we pay for this? The luxurious Boeing jets, which on Dec. 13 raised airline prices by 5.2 percent, are generally fast, quiet, and comfortable to fly in. However, with a lack of options prior to the advent of regional jets, passengers were forced to board commercial airliners, known as larger gas guzzling aircrafts.  In fact, these inefficient airliners also contribute enormously to air pollution that leads directly to negative environmental impacts. 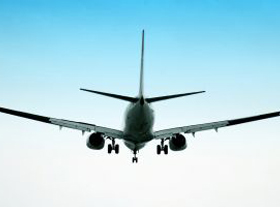 Irregular demands and cost-effectiveness have become the governing factors of the airline industry. Although it can be difficult to predict the enormity and duration of the demand supply cycle, there has been an upward trend in the air traffic volume. Reinforcement of a stronger world economy calls for a vibrant air transport system to satisfy the ever-changing market requirements.

Embraer, a significant new market entrant of 1960s, recognized regional jets as the next big thing in flying. Developed in response to the evolving demands of the regional air transport industry, regional jets have changed the structure of the airline industry. With increased efficiency, low operating costs, and shorter turnaround time, regional jets brought salvation to regional airlines suffering with dwindling profitability.

The birth of Embraer came about in 1969 due to the Brazilian government’s desire to privatize the production of IPD-6504, a small turboprop transport plane, crucial for the Brazilian Air Force. However, the project was regarded as extremely risky by private enterprises since they had options to take up projects with better returns in light of Brazil’s economic boom in the late sixties. Moreover, private players within Brazil as well as multinational corporations were not interested in entering a business that would, in order to succeed, require Brazilian government’s co-operation to a great extent. The Brazilian government finally created Empresa Brasileira de Aeronáutica (EMBRAER) as a joint venture between the government and private shareholders, with government retaining full control.

Developing light-weight fuel efficient aircrafts has figuratively been built into Embraer’s DNA. In 1974 Embraer was encouraged by Brazilian government to develop light, single and twin piston-engine aircraft. It was supposed to help reduce Brazil’s import of such aircrafts from United States and other countries. By 1978, Embraer was developing a 30-seater aircraft based on its market research which revealed a huge gap in that segment. Embraer gained significant advantage by projecting deliveries of such planes by 1984. Also it took care of future marketing by designing those aircrafts in order to meet the certification standards in foreign markets including United States.

While bigger players like Airbus and Boeing were vowing for globalization, Embraer recognized the need to capture the voice of the market. They effectively measured their business into three core axes namely, global integration, product innovation, and local responsiveness and gave a high importance to innovation.  Instead of just trying to conceptualize the aircraft models, they incorporated the voice of the customers and developed aircrafts that satisfied the requirements of airlines in terms of purchasing power, maintenance and operating costs, fuel efficiency and low-density routes. With its promising though limited applications, regional jets created a new market to cater to emerging economies where there is a need for optimal route management and low-cost flying. With an emphasis on incorporating science and technology, Embraer invested heavily into R&D on system engineering, development and integration of aircraft components to bring about a revolution in the aircraft manufacturing market.

The buzzword here is ‘efficient flying’. In order to be resilient against economic downturns and fluctuating oil prices, the airline companies are adding Regional Jets to their existing fleet to change the level of services they offer.

Regional Jets have various advantages over turboprops and the narrow body (NB) jets. The birth of low cost airlines has started a renaissance of sorts within the commercial aviation industry. The low cost airlines have drastically brought down costs and have started targeting routes that have previously not been existent or have historically had low commuter traffic. Initially the use of NB’s like the A319 and Boeing 737 resulted in inefficiencies due to rising operating costs and lower passenger demands. The non-existence of right size airplanes that were fast and cost effective was the other problem. These issues were addressed by the birth of RJ’s.  The growth in such thin routes serviced by the RJ’s has been exponential in developed markets and is beginning to grow in emerging markets to address the demand for connecting high yield tier 2 & 3 cities.

The cost of operations in regional jets is almost 173% lower than Narrow body jets because they allow airlines to reduce their labor costs by two thirds, which is the largest cost component in operations. Also, the inherent apprehension of passengers to fly turboprops is negated by the use of regional jets. These jets provide a longer reach, which brings in more passengers into the system.

Embraer’s focus and expertise in producing this aircraft type have resulted in the manufacturer having the largest market share in the industry. With rising pressures of the global economy, increasing social responsiveness towards pollution, failure of large airplane prototypes and growing demand of thin routes, the RJ market is set to grow. The airline industry will demand 7450 new aircrafts in the next two decades.
Embraer has positioned itself perfectly to ride this wave with its localized manufacturing hubs around the world, risk sharing partnerships & competencies in in-house manufacturing of key components. The area where Embraer lacks the most is the global reach of its products. With the world moving towards efficient flying and Embraer at its helm, the challenges faced by the company are dwarfed by its achievements.  This space of the airline industry is where the next two decades will see the most action and competition. Within this, the key player to watch-out for is Embraer, this industry’s David who continues to defy odds and fill the gaps in aircraft demand scaling new heights of success.

Tweets by @forbesindia
Will Your Strategy Succeed?
The Need For a Critical Thinking Revolution